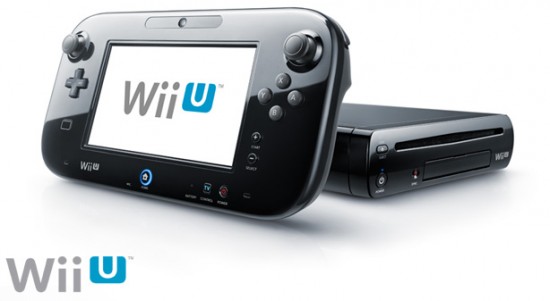 Hey there.  With gaming news buzzing loudly from E3, Nintendo was poised to make a big splash with it’s up coming console, the Wii-U.  Sony and Microsoft have yet to announce a new console so Nintendo has a leg up on the competition and if they play their cards right, they should be able to snatch back some of the consumers that have jumped ship to the more power Xbox 360 and PS3.  For 90 minutes, Nintendo had the eyes and ears of millions, the spot light on the Wii-U, and they completely dropped the ball.

E3 is the time where you announce your plans for the future.  What you plan to do to please your fans and consumers.   Rumors and speculation are put to rest as you showcase what has been behind closed doors for months, if not years.  Nintendo used their 90 minutes to unveil a new design to their “game tablet” and introduce the “pro controller” (which looks extremely similar to an Xbox 360 controller).  They used it to showcase 3rd party games.  Games such as Batman: Arkham City and Mass Effect III will get to be played on a Nintendo console and they look great, but what about Nintendo’s main man, Mario?  Mario made his debut for the Wii-U in a new Super Mario Bros. game but it came with little fanfare.  What about The Legend of Zelda?  What about Metroid?  Nintendo has plenty of strong franchises that would have been a perfect pitch.  Instead they go with established 3rd party franchises?  They go with ZombiU?  Intriguing as it looked, ZombieU looked like just another Zombie shoot em up game.  I was expecting more from Nintendo.  I was expecting Link, Samus, and Mario to lead the parade for Nintendo and ushering in the Wii-U era.  Too bad they were no where to be seen.

Now let’s go back to the game pad and pro controllers.  Nintendo announced that the Wii-U will be able to accommodate 2 game pads. 2?  That definitely raises some eyebrows.  With multiplayer games being huge and the Xbox 360 and PS3 both with at least 4 player action, it’s a little disheartening to hear that only 2 game pads can be used at once.  And that’s not the only concern…  What exactly will we be using the game pad for?  Nintendo announced games can be played on both the big screen and the game pad.  But what does that mean?  Will it mean that we will be able to play Wii-U games on the game pad?  Will game pad games be free or come at a cost?  Will be able to take out game on the go similar to that of the PS Vita?  Will it act as a replacement for the 3DS?  Will the game pad be nothing more than a tethered extension of the Wii-U and can go only as far as the cord will allow.  Questions, questions, questions…

What about pricing?  Nothing there either.  Rumors say that the console will run anywhere from $150 to $500.  It would have been great for Nintendo to announce a price.  Even if the price where to change at launch, it still would have been nice to know what the ball park price will be.  Remember back when Sony announced their very unpopular $600 price tag for a PS3?  However unpopular it was, it was still a price tag.  Nintendo should have announced a price tag on something.  Anything.  We don’t even know how much a game pad will sell for.  And what about gaming bundles?  Nope.  As a matter of fact, we don’t even know if the system will come with a game pad or if we’ll need to shell out more cash for one of those.

So what happened here?  Was this just a mismanaged presentation or does Nintendo know there are flaws in their system and are carefully trying to avoid answering questions?  Nintendo needs the Wii-U to be successful.  A quirky control and unorthodox thinking could either make or break the Wii-U. But then again, the same was said about the Nintendo Wii and the “quirky” motion sensor remote turned out to be a raging success.  Will the game pad be as successful?  This presentation definitely raised more questions about the latest from Nintendo and friends… that’s not good.  Later!