If you really don’t know what a VPN is by now, then first you should familiarize yourself by answering the question what is a VPN so that you understand what this giveaway is about and why it is something that you may really want to win.  Heck, even if you don’t win you will want to consider a VPN subscription if you really care about your privacy and security when browsing online, or when you want do expand into online activities which may not be available to you due to geographic region restrictions and whatnot.

ExpressVPN holds a top rated VPN spot on Top10VPN.   With ExpressVPN you get all the features you would want in a VPN for a reasonable cost, but they have some additional features that also include Split Tunneling so you can still access your local content while tunneling through the VPN for content from a different geographic location.

With ExpressVPN, you have a service with 148 VPN Server Locations across 94 countries and supports and delivers speeds up to 221Mbps and ExpressVPN always uses AES-256 bit encryption to ensure your VPN channel is secure.  For ease and convenience the service can be installed as a mobile app, a Windows app or a Linux app, but it also can be used as a browser plugin aka. extension, and this includes extensions for Chrome, Firefox and Safari browsers. 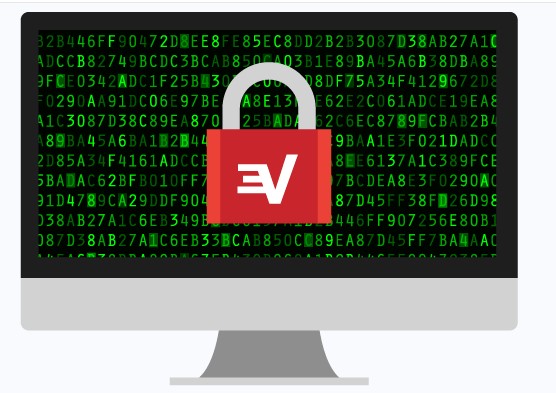 Why Would You Want to Use a VPN?

Privacy and Security would be one of the primary reasons, by using an encrypted tunnel you connect your device to the VPN which then accesses all content online through that VPN tunnel.  This encrypted tunnel means that all sites/applications/services you use only see the VPN tunnel as the source not your original requesting machine and location.  This allows you to access content as if you were from another country, and keeps your original IP/location hidden and what is accessed hidden.

Another reason to be to access region locked content, I knew someone in Canada who wanted to read some newspapers from USA that were region-locked and they couldn’t access their websites from Canada.  They used a VPN to make the sites think they were coming from a USA location.  Media subscription services like Netflix, Hulu, Amazon…etc all have region specific content, so a VPN may help you access content that would only be available in a different geographic region.  Certain games may be blocked from certain countries and a VPN can get around game lock and bans as well in some cases.

As VPN’s are a subscription service and you are funneling all your traffic through another companies network, servers and services you are consuming bandwidth for that company.  This is why VPN services have a subscription plan and usually multiple plans based on how much data you need to consume or transmit through their services.  ExpressVPN has a very decent plan that is $12.95 per month but discounts the per monthly if you pre-purchase large chunks of time.