Techsmith was kind enough to partner with DragonBlogger.com in allowing us to offer 1 license of Camtasia Studio 8 to giveaway to a lucky reader and you get to choose whether you want a PC or MAC license. 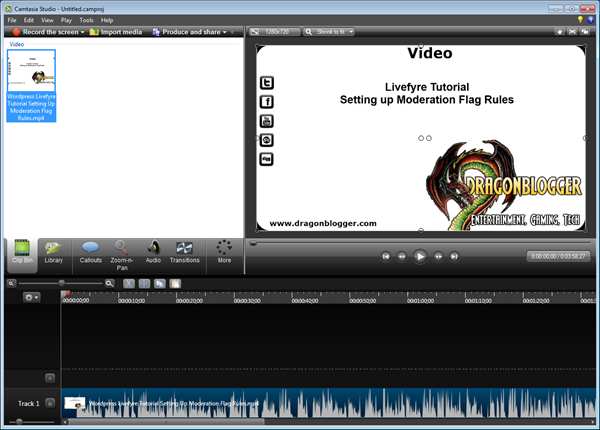 With Camtasia studio you can record your PC or Mac desktop and most applications and make attractive screencast presentations that are high quality and professional.  You can record audio (multiple tracks) you can import sound over an existing video file, add clip art (callouts), images, cuts, transitions, join multiple video file types (.avi / .mp4) and do so much more efficiently.  You can also record yourself via webcam while you record your desktop as well with Camtasia Studio so you can overlay your own face talking on the screen at the same time in the video.

Camtasia Studio also has a great built in Noise Removal filter which helps when  you have ceiling fans or noisy computer fans near your work environment.  I found the noise removal excellent and you can even add manual fades or raise volume in segments where the audio levels may be inconsistent.  The fact that you can simply add additional audio tracks like layers where you can put a faint background music, or separate vocal tracks on top of application or game sound effects is a really nice touch as well.

One time I recorded just a video at night while family was sleeping, then went back and just recorded audio separately on top of the video. 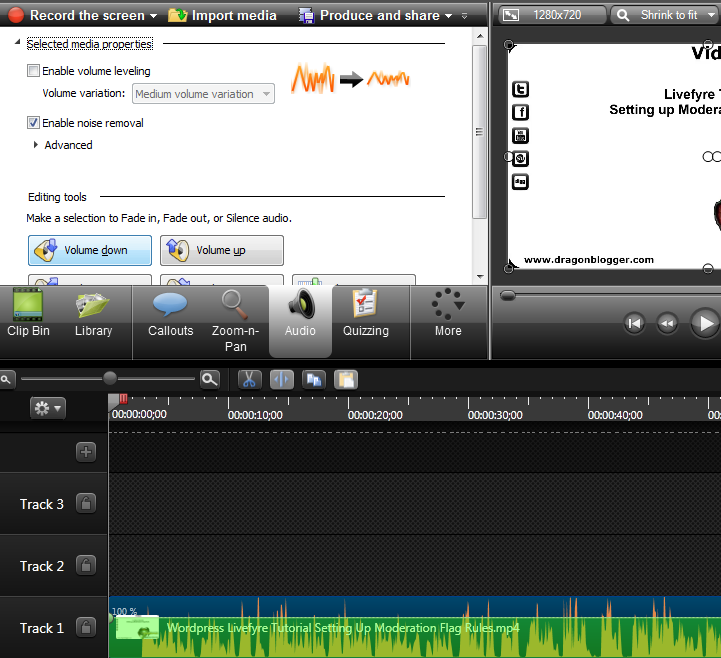 This recording was done with Camtasia Studio previously by me:

Besides all of the features above, another awesome feature of Camtasia Studio 8 is the ability to put quizzes directly into your video which allows viewers to answer questions with results emailed to you directly from your video.  This only works with MP4 / Flash video output and unfortunately isn’t supported if you upload your video to YouTube, so if you want quizzes to work on your blog video you will have to embed and host the MP4/Flash video file on your site itself.

Here is a tutorial on setting up quizzes for your Camtasia Studio Video:

Good luck to everyone, this contest is open to everyone anywhere since it is a software license.

What would you record if you won a copy of Camtasia Studio 8?