Windows 8, out of all its objectives, was expected to be Microsoft’s answer to Apple’s iOS. While the tiled Modern UI appears to be built-for Tablets and other touch-based devices, apparently Windows RT – the ARM version – isn’t very user-friendly. Specifically, Office 2013 apps and the desktop mode leave a lot to be desired. Windows RT is much more resource-efficient and cheaper, and is being expected to pose a serious challenge to Apple’s iPads and iPhones mounted on ARM devices.

In the video, the desktop mode was awkward to use on a touch-screen device as did Office 2013 with a make-shift touch mode. As I had mentioned for Windows 8 on my laptop PC, the responsiveness was erratic. Clearly Microsoft has a lot to do and not much time for it. 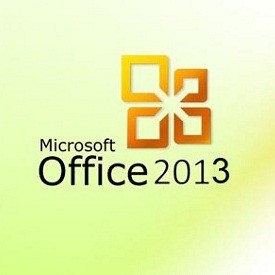 Office 2013 is being offered with Win 8 RT, probably as a test app, without any significant changes to make the interface touch-friendly. Mobile devices are generally preferred for mobility and speed of use. Unless the Office interface is re-invented keeping tablets at the forefront, it’s highly unlikely that it will have many takers. Google is bound to come up with a free and better web-based service sometime soon.

1. Microsoft’s Windows and Office teams have been running off on different tangents where Metro-styled UI changes were concerned.

Either way, without a decent home-built word-processing app for Windows RT, tablet users will have to scour the Windows Store for third party apps. Quite possibly, the desktop mode could have been included specifically because Office 2013 isn’t touch-ready. In order to use MS Office 2013, a mouse and keyboard seem indispensable. So, until the next version is released, tablet users would be better off using web-based apps.

Meanwhile, the total number of Windows 7 installations has overtaken the number for Win XP. XP was released in 2001, and Windows 7 in 2009. As the world is poised for the release of Windows 8 on October 26th, its predecessor has become the most popular Windows OS. After support for XP runs out in a few months, both Windows 7 and 8 will probably gain more speed. The rumor is based on NetApps’ data, and can’t really be verified conclusively since several installed copies are either not registered online or are pirated/cracked editions.

Currently, I use Office 2010 as well as Google Docs for editing documents. Earlier I’ve tried and given up Open Office due to a crappy interface and compatibility issues. What about you?