It’s not unusual for iconic video game franchises to want to change directions and try something new. The only problem is, this doesn’t always work.

Whether it’s because the changes catered too much to capture a different audience segment and alienated the hardcore fans, or because there were simply just too many changes that it made the game less appealing to pretty much everyone, there exists a long list of video game franchises that took the leap and have since become cautionary tales of what developers and publishers should never do when creating a sequel for a longstanding franchise.

Wolfenstein: Youngblood, the latest game in the series that arguably started the entire first-person shooter genre, tethers on the very edge of becoming one of those cautionary tales. 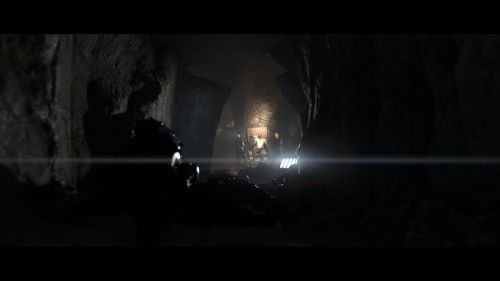 The polished textures coupled with the even more spectacular particle effects make turning fascists into pools of blood as you liberate an alternate-reality version of Paris under the control of the Axis back in the 1980s so satisfying.

To say that Wolfenstein: Youngblood is the prettiest that a Wolfenstein game has ever been is no exaggeration. If you’re playing it on the PlayStation 4 Pro or the Xbox One X, or a desktop capable of meeting a bit more than the set recommended specifications, you’ll see exactly what we’re talking about.

But, of course, Ned Stark, the former patriarch and former Warden of the North in the hit HBO series, Game of Thrones, once said that “nothing someone says before the word but really counts.”, and this case, it’s somewhat true.

Because, for all of the eye-candy that Wolfenstein: Youngblood has going for it, it also feels empty and hollow.

Just take a good look at what Paris is supposed to be in the game and you’ll see exactly how the developers missed out on putting all of the little details that are supposed to make a game about war and its effects so memorable.

Now, one could make the argument that the Nazis were responsible for taking the French out of Paris, but that just feels like a cop-out answer.

Outside of the game’s version of the Eiffel tower, which could very well pass as the Tower of Sauron from the Lord of the Rings franchise, there’s nothing around your environment that suggests that there used to be something substantial there. 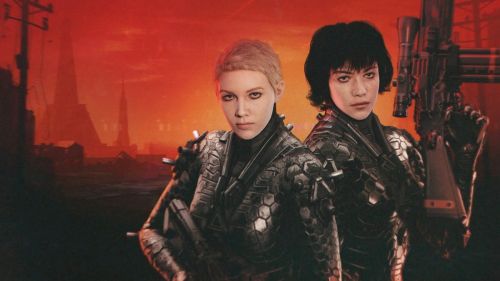 Experimenting with iconic video game franchises is never easy, as we’ve already established at the onset of our review.

What we’re here to tell you is that we’re fine cutting developers some slack if we can see everything coming together, even if there are the occasional slip-ups. But, that’s not the case here with Wolfenstein: Youngblood.

The leap to turn a single-player game with a linear campaign to a co-op shooter with an open-world is no joke and kudos to the developers for taking the risk.

It’s just that, you wish they could have pulled it off better.

It’s easy to see the design philosophy behind the game, which was to be less constrictive and to give players more choices than ever before. But, the thing is, the open world and setting feel a bit underutilized. Not to mention, a relatively simple narrative, which involves twin sisters joining a local resistance faction to rescue someone, is made complicated by the introduction of the open-world structure game.

Take, for example, the excellent gunplay.

It’s great, really. It’s perhaps the best the series has ever had. It’s also executed so well compared to the rest of the game that there’s very little reason to use let alone upgrade the other guns the game has to offer once you’ve chosen what you liked, leaving very little experimentation on your part. Although, the whole utilizing different ammo for different types of enemies is in dire need of further polishing as the indicators displayed on enemy health bar is indistinguishable when one is engaged in crazy gunfights. Seriously, my eyes hurt every time I’m trying to figure out what sort of ammo that’s needed to be used to turn this specific baddie into a pool of blood.

It also definitely did not help that there’s very few in Wolfenstein: Youngblood that suggests it was made for co-op play.

Yeah, sure, it’s marketed as so. There’s even a Battle Pass included if you purchased the Deluxe version of the game in case you wanted to gift the game to a friend. However, there’s really no way to communicate with your partner. This effectively makes playing with others unnecessary difficult because the two of you won’t have any means of telling each other whether to push through objectives or to take your time finishing things. There are also fundamental problems whereby players cannot play with their friends, effectively ruining the whole marketing angle for the game. Imagine buying this game with your friend at full price only to discover there’s a problem trying to connect both of you in a game session. Although, this might be addressed by the developers quickly.

I appreciate that the mantle of the Nazi killing avenger is now carried by Blazkowicz’s twin daughters. However, if anyone with siblings who played the game might’ve caught, the “pep-talk” mechanism, as well as their interaction throughout the plot does not reflect reality. Some say it’s their…unusual upbringing and some say it’s the dire situation that’s changed the dynamic of siblings that we’re used to in the real world. The dialogue definitely needs work. Ultimately, Wolfenstein: Youngblood felt like the developers knew their end goal but just didn’t know how to execute it properly. 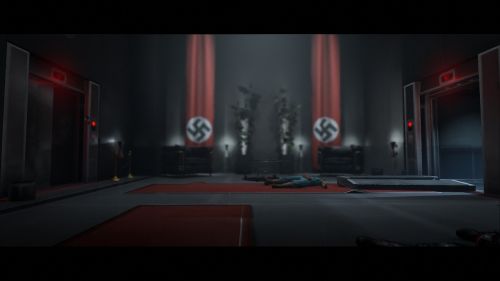 If you’re in here to kill Nazis and revel in every detail of doing so, Wolfenstein: Youngblood feels, sounds, and plays better than any other Wolfenstein game before it.

Unfortunately, if you’re playing the game to make use of the new features, then it’s a hard pass.

You can’t really fault the developers for looking for ways to try and breathe some new life into an aging franchise, but there’s a reason that there’s only one executive chef running a high-end restaurant’s kitchen, and that’s to prevent too many good ideas from messing up an otherwise excellent meal with a proven formula.

In a way, that feels like what happened to Wolfenstein: Youngblood.

The developers tried a couple of new things, but they didn’t really think if and how the new philosophies would mesh together, and as a result, Wolfenstein: Youngblood fails to deliver a balanced experience that ties all of these promising features together, creating what could’ve been another excellent sequel in this iconic franchise.

From the lack of quality-of-life features to the numerous gameplay design clashes, as well as the poorly executed new features like co-op and the RPG-like skill trees, Wolfenstein: Youngblood screams half-baked.

If nothing else, Wolfenstein: Youngblood is a great game to play, if you’re playing with a friend who’s willing to overlook the mistakes just as much as you are, or if you want to de-stress a long day at work by smashing every Nazi that you can find.

In the case of the latter, that’s where Wolfenstein: Youngblood delivers on being a Wolfenstein game.

Unfortunately, if you’re looking for the same complexities and nuances, as well as an immersive atmosphere that the previous titles had, you’ll find none of that here.

What do you think? Have you played it? If you’re on PC, grab your Steam credits and check out Youngblood and let us know your thoughts.