A few months ago, I originally heard about the Wynd air purifier through an online ad. Living in downtown Denver, where the air is often not suitable for people going outside in the summer, I was immediately interested. Worldwide, over 4.6 million people die from air pollution each year. It’s a problem in most major cities and since most indoor air can be even more toxic, the Wynd air purifier is here to help. You can read the details about the start of the company from Ray Wu: here. Let’s dive into the Wynd and how it works. 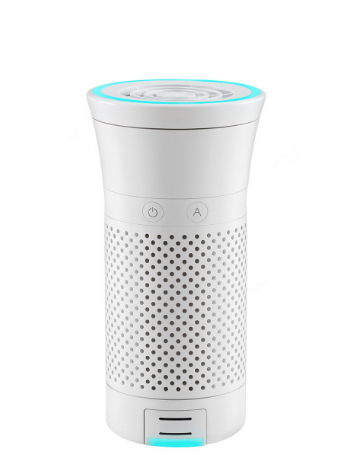 The Wynd air purifier works by sucking in the surrounding air, passing it through its purifier, and sending out clean air through the fan on the top. Designed by Eric Munoz, a former rocket turbine engineer, and his team of aerospace engineers, the Wynd is a fantastic machine. The Wynd filter can remove allergens, dust, pet dander, industrial pollution, smoke, and more. As a medical-grade air filter, it can catch particles as small as 0.3um. According to their site, it can filter 8 liters of air per second. It’s not a filter that you’d want to clean your entire house, but if you just want to breathe some clean air (how it works section) in your immediate space this is a perfect device. Along with the filter, you receive a Air Quality Tracker sensor that measures the current reading of the air around you. 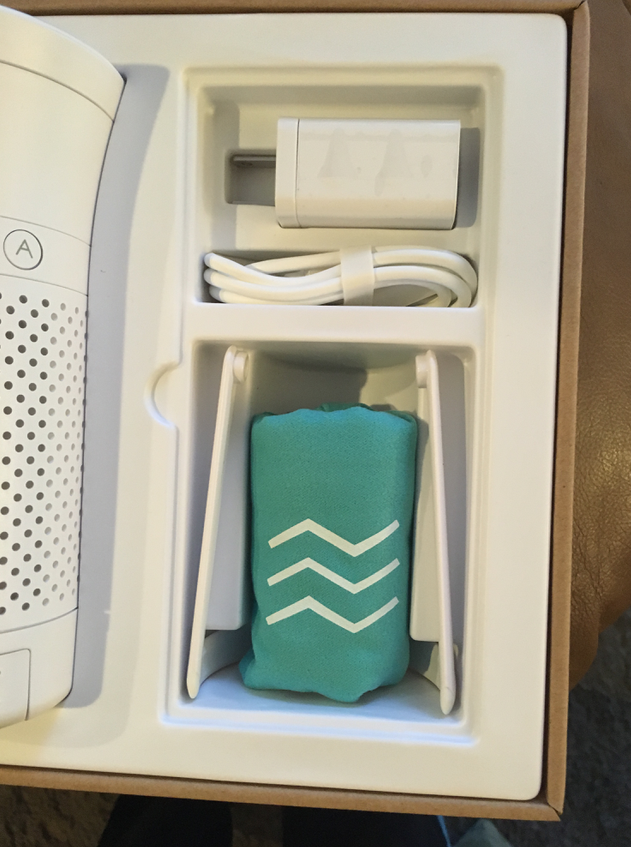 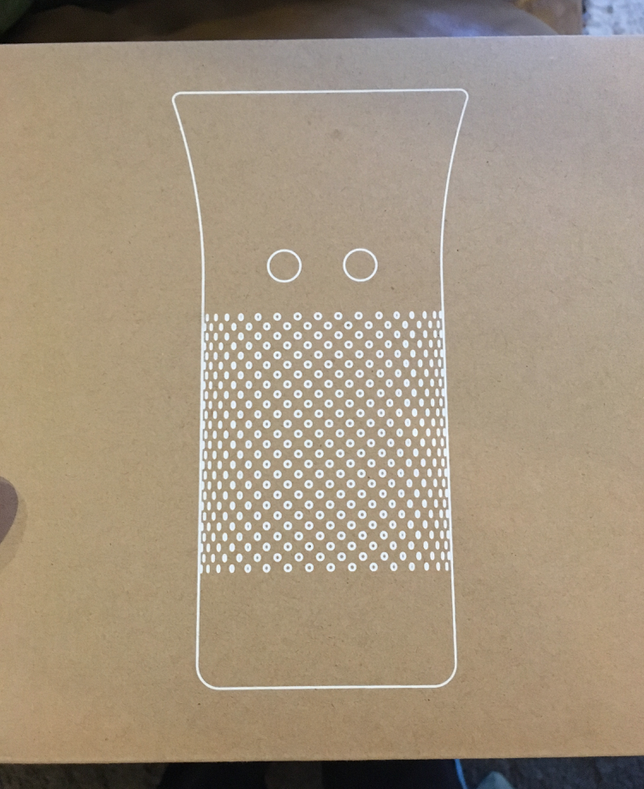 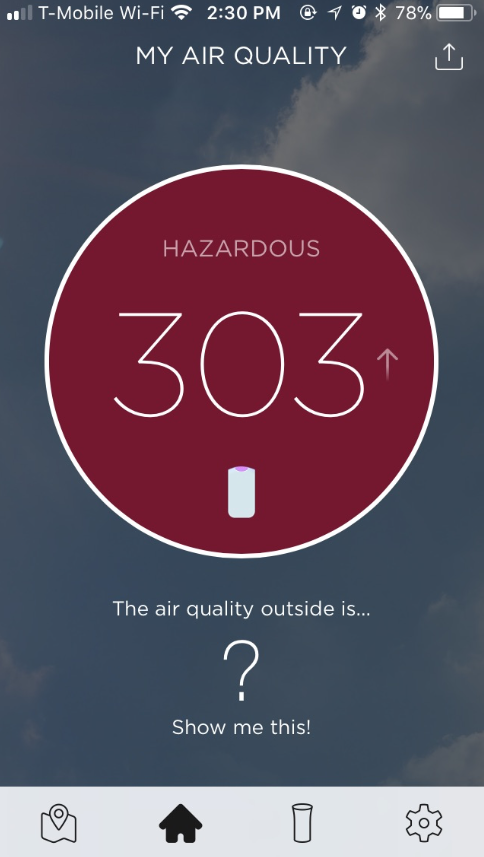 As soon as I opened it up and charged it, I measured the air in my apartment. It was over 300. (Once it’s over 50, the air is considered unhealthy.) I had just cooked some food and learned a good lesson about using oils and the necessity of at least cracking a window. I aired my house out and that brought it down to the 70’s.

Right off the bat, I liked how simple the Wynd air purifier is. There are two buttons on the device: one power button and one automatic button to let it blow depending on the sensor’s reading. You can also turn the top of the machine to increase or decrease the air coming out. The clean air smells great and I use it almost daily for just a few minutes, mostly after being outside. There is also an attachable kickstand that holds it up so you can angle it right to your face. I wish the kickstand was a little sturdier, but it gets the job done. 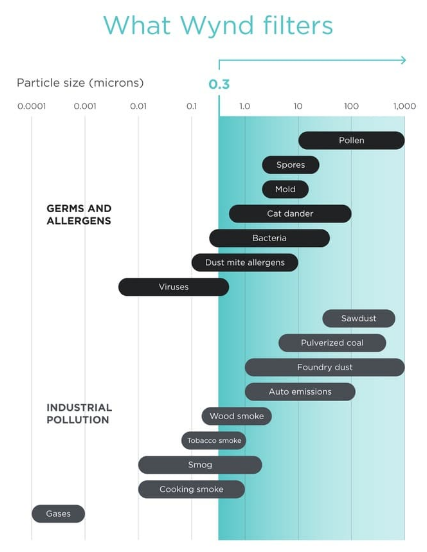 The Wynd air purifier is portable, which makes it easy for having clean air wherever you go. It weighs less than a pound and it’s about the same size as a water bottle. The sensor is the easiest thing to carry around, but together as a unit it is incredibly light to move anywhere you go. It also comes with a small bag so you can carry it where you need to go.

Is Wynd Worth the Price?

For me, I would have bought this product whether or not I was going to review it. I have first-hand experience when it comes to how exhausting it is to deal with air pollution all the time. The filter has a good lifespan, too. It only costs few dollars to buy a new one so you don’t have to worry about continually spending a huge chunk of money just to keep it working. It might seem like a hefty investment, but I’d take it over the cost of lung problems down the line.

The little sensor has the ability to measure the air around you and tell you how bad the air pollution is around you. When the sensor is on and attached to the Wynd air purifier, it will make the machine adjust to the air quality. When the air is bad, it purifies more air and when the air isn’t so bad, it keeps a lower flow going. The sensor is a great tool because I can also figure out what the air is like around me when I’m walking through the city. In my review video, I showed how one day walking through the city I saw it was 104 and then 80, depending on where I was downtown. As of now, the app only allows you to connect to one device at a time, so if you own multiple Wynd machines, you’ll have to disconnect and reconnect through Bluetooth. 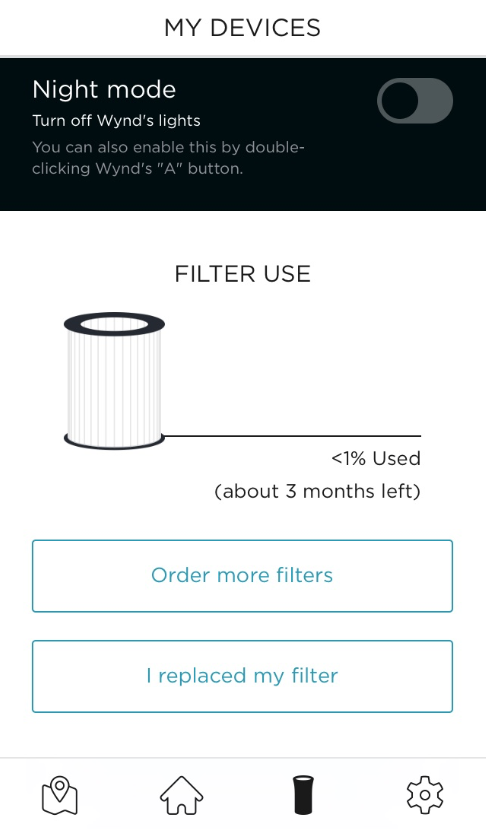 The Wynd air filter is a great device for anyone who lives in a major city or in an area with air pollution. It’s a lightweight machine that can be brought anywhere, so even if your office doesn’t have clean air, at least your desk will. It’s not too loud when it’s on, so you can use it almost anywhere. The app is simple, but I’m sure there will be improvements with time. If you want to breathe clean air, Wynd is the perfect choice for you.