As I have two children who are ages 4 and 7 I often have to find games that entertain them as much as they entertain me.  As most Xbox360 games have Mature ratings it is harder to find games on Xbox360 for younger kids than on the Nintendo Wii but fortunately games like Lego Pirate of the Caribbean are made and released on all the platforms. 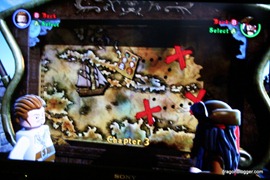 Prior to this game my favorite was Lego Indiana Jones 2 and yes I played the entire Lego Star Wars series but something about being Lego Indiana with a whip was just totally engaging.  Lego Batman was really good but lacked the ability for co-op players to split screen when they moved too far apart, a feature which is standard now in all the latest Lego series games and makes them much more enjoyable in co-op mode.

Lego Pirates of the Caribbean is a perfect example of pairing up Lego with a Movie Franchise and is even more enjoyable than Lego Harry Potter if you enjoy the Pirates movies.  The game is immersive and watching the lego recreated cutscenes from the movie are enjoyable.  The grunts and gestures of Lego Jack Sparrow are a trip and my kids just love playing the game together. 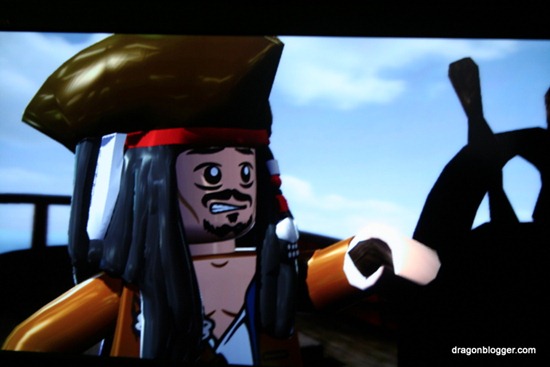 I will say that I often had to step in to assist them, as the types of challenges are more complicated in Lego Pirates of the Caribbean than in other Lego games and can sometimes be too difficult for younger kids to accomplish without help.  Generally though if they got stuck they handed me the controller, I figured it out and handed it back to them. 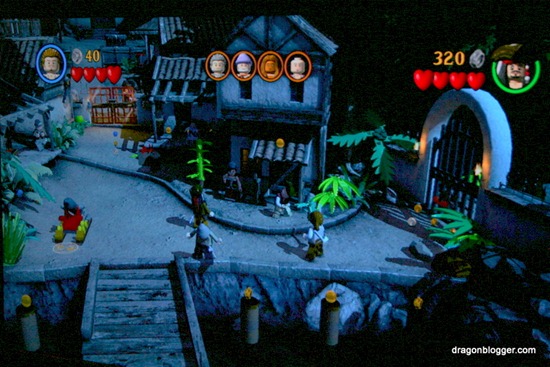 You can go through all 4 movies in the Lego Pirates of the Caribbean and the kids particularly enjoyed the first movie the most with the meeting of Jack Sparrow and building a crew for the journey to recover the Black Pearl. 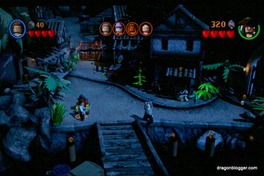 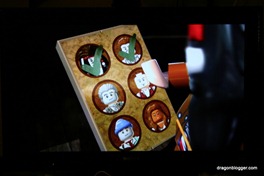 There were new tricks and puzzles to be found and the play style keeps improving with each Lego game.  I thought Lego Pirates of the Caribbean game being released just a month after Lego Star Wars III is a much better game and worth the money.  There is something about swash buckling Lego’s that is just great fun.