Most readers have asked me if I knew of any smart bands or fitness trackers that targeted those who swim because most fit bands only work for joggers and are water resistant in that you can take a shower with them, but are not waterproof and cannot be submerge

The Zeblaze Zeband BLE comes with either a black, purple, green or blue wrist strap.  The watch face color is a green color not gray as you would see in the product page pictures.  You pair this watch with the iOS or Android app known as HPlus +and you can download them here.

The home screen of the watch displays the time, date and day of the week.  It does this with the hour being above the minute and is a little different.  The display is bright and clear, though is a greenish blue color and not white or gray. 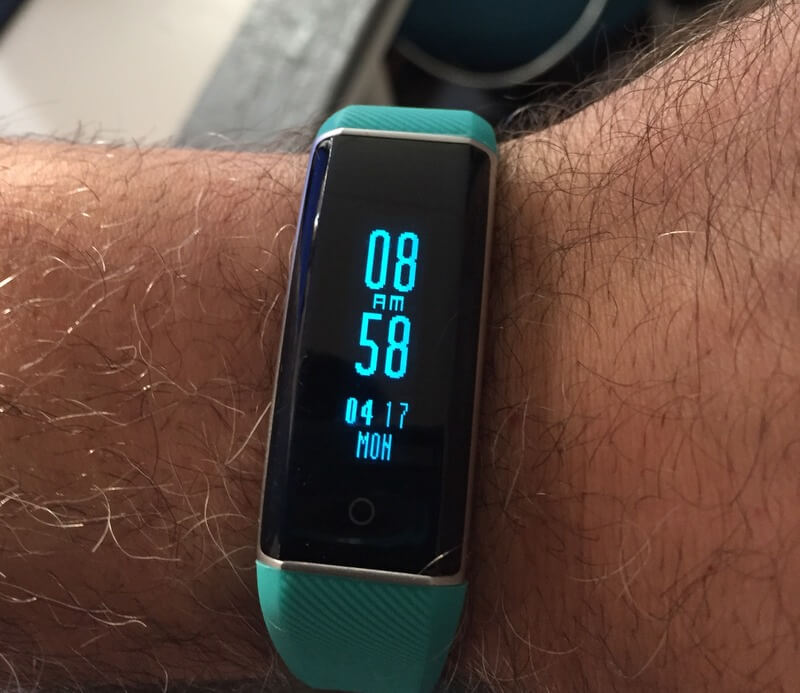 Now for some reason only the home screen displays the information in a direction that makes it easy to look at, the other screens display horizontally on the watch which makes it at an odd angle to how you hold your watch up to look at the face.  You can see on the heart beat screen how all the text looks like it is sideways and this is a little annoying but not a show stopper. 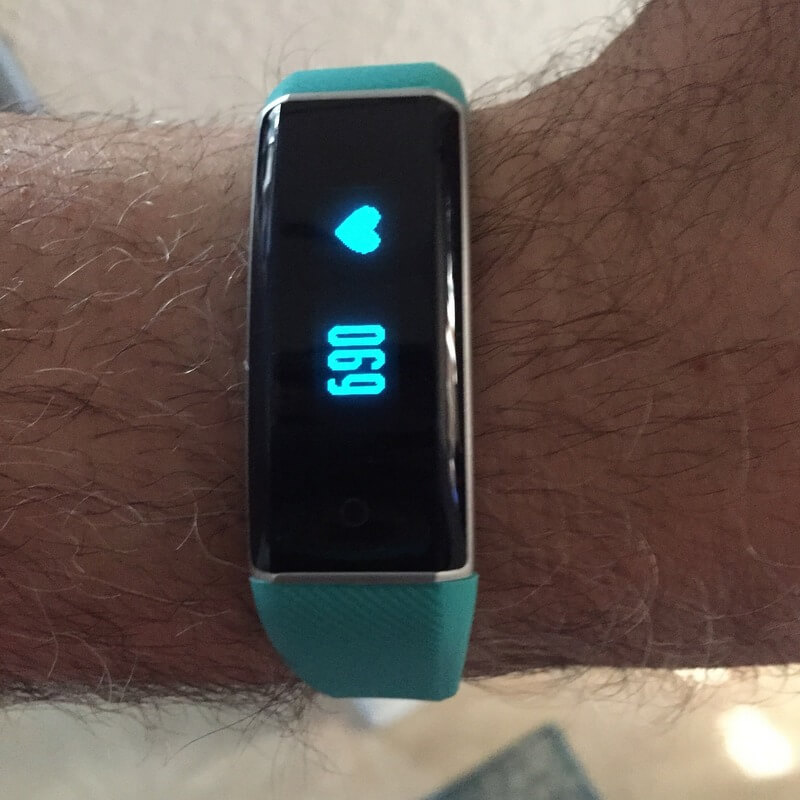 The heart beat is by default setup only to check your heartbeat manually, but you can configure in the app to take heart beat measurements all day long just note this will significantly reduce the battery life it is constantly doing reads.

Step tracking is typical for smart bands in this price range and it doesn’t have GPS built in, so it uses arm swings to determine steps which means there could be quite a bit of variation and false step reporting if you move your arms a lot without walking, or you walk with your arms low at your side without them swinging. 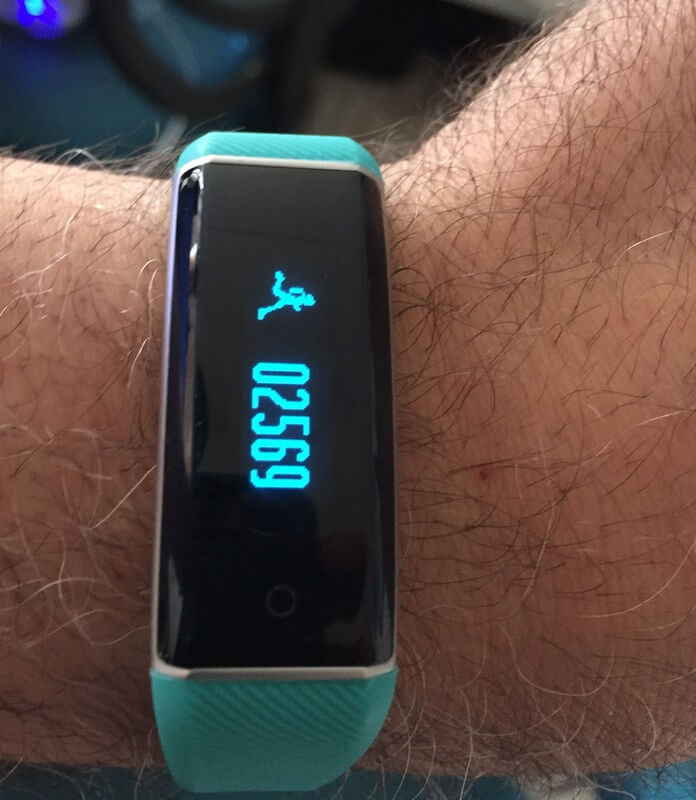 I also found calories burned to be horribly inaccurate, seriously in that 2569 steps it claimed I burned over 700 calories, I mean calories burned is usually inaccurate and overestimates but this takes it to a new level.  I would be incredibly thin if I burned this many calories in that few of steps. 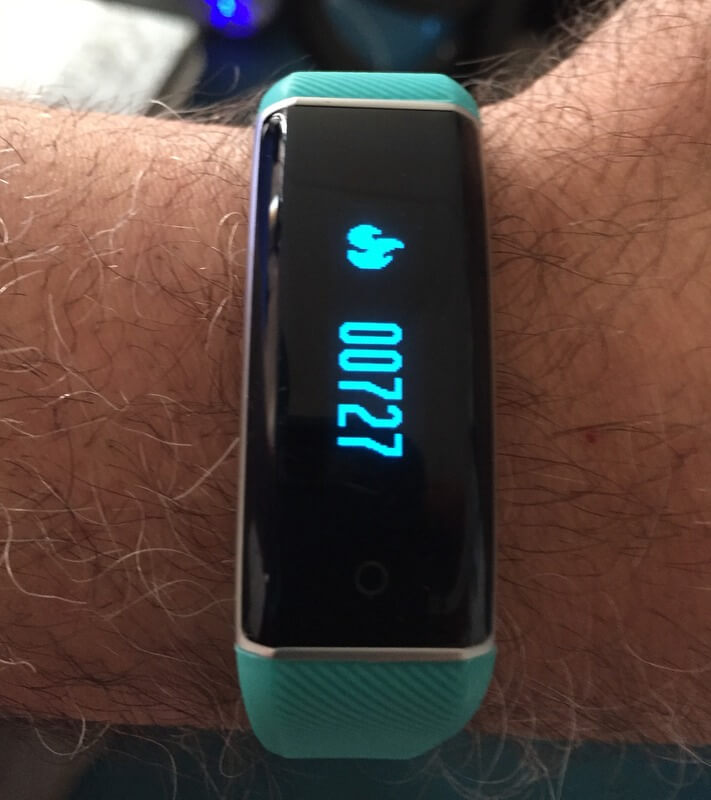 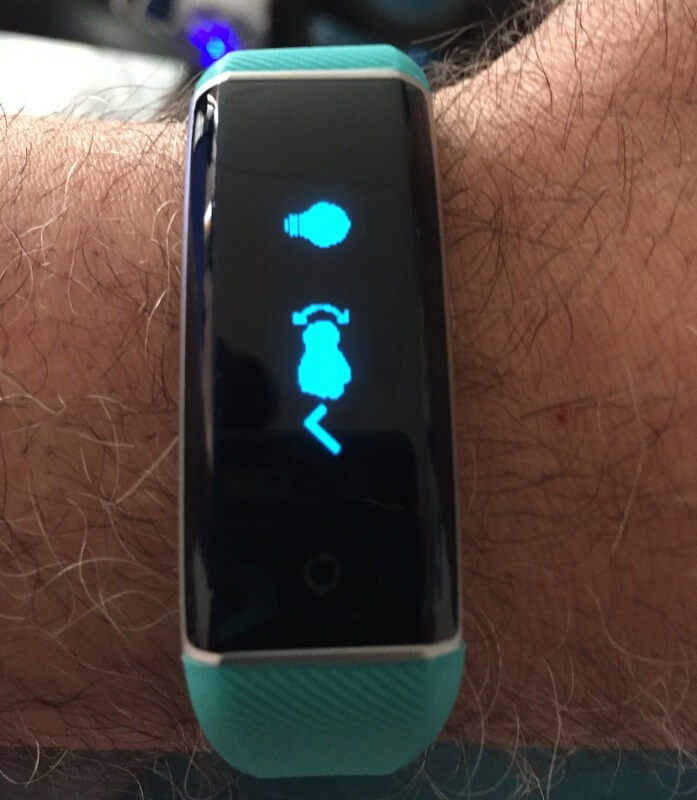 The watch display leverages short taps and long taps to get through the options menu.  The nice thing about this watch is the text notifications and vibration you get when phone calls or texts come in. The watch will display the texts right on the watch face. 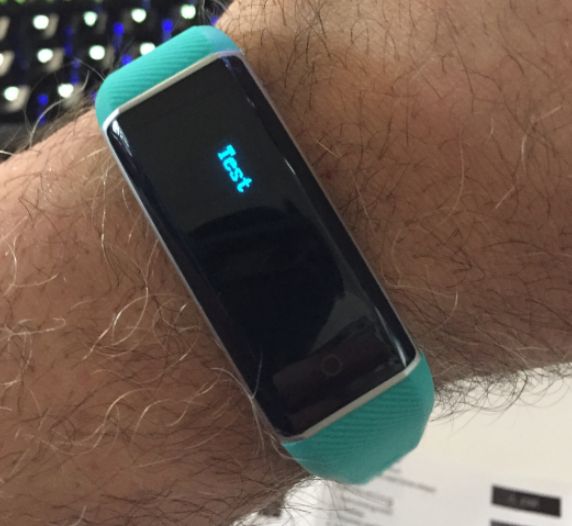 What really is special about this watch is it is the only one I have reviewed that supports a swim mode and tracks your swimming.  The Zeblaze Zeband is completely waterproof not just water resistant so you can take it in the pool with you and swim away.  It will record laps, and you can set it into swim mode by holding down a long press, when in swim mode it no longer tries to count steps but instead starts a tracking for a swim session.  While the Zeblaze Zeband is fairly off on steps, because it uses arm movements it is more accurate tracking a swim session than a walking session from my testing. 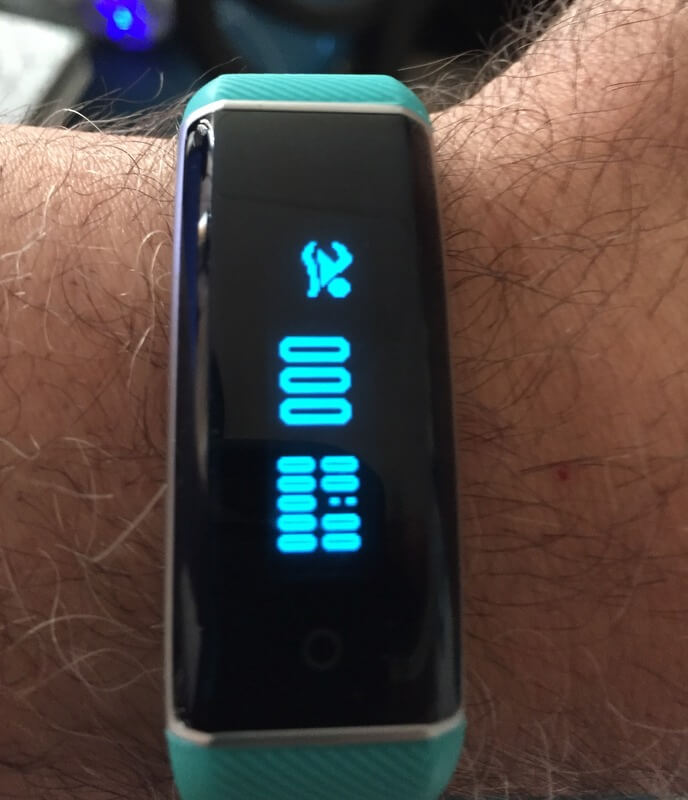 The Zeblaze Zeband comes with a 3 pin clamp charger that you plug into your USB port and then line up the 3 pins and clamp it onto the watch.  I am not really a fan of the clamp chargers as lining up the pins can’t easily be done in the dark and is a bit of a pain compared to just plugging the watch into something, but this is probably how they achieve a full waterproof of the watch. 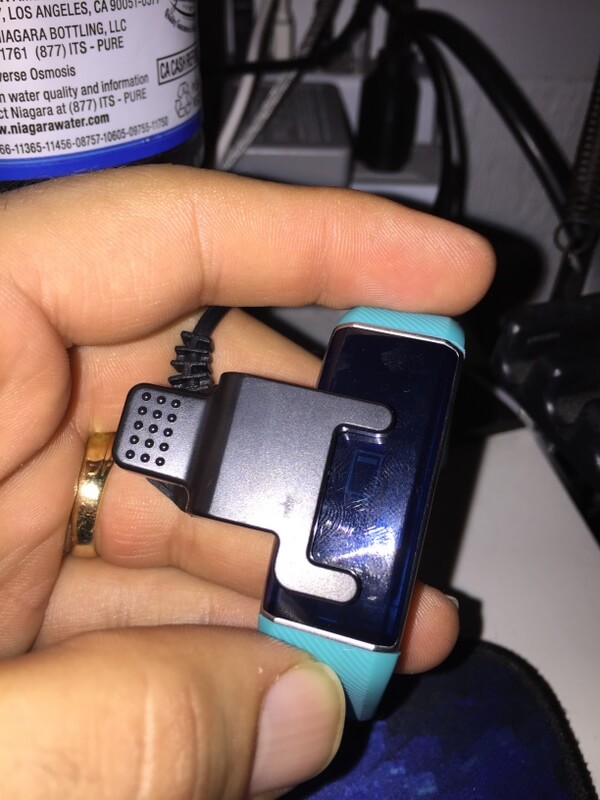 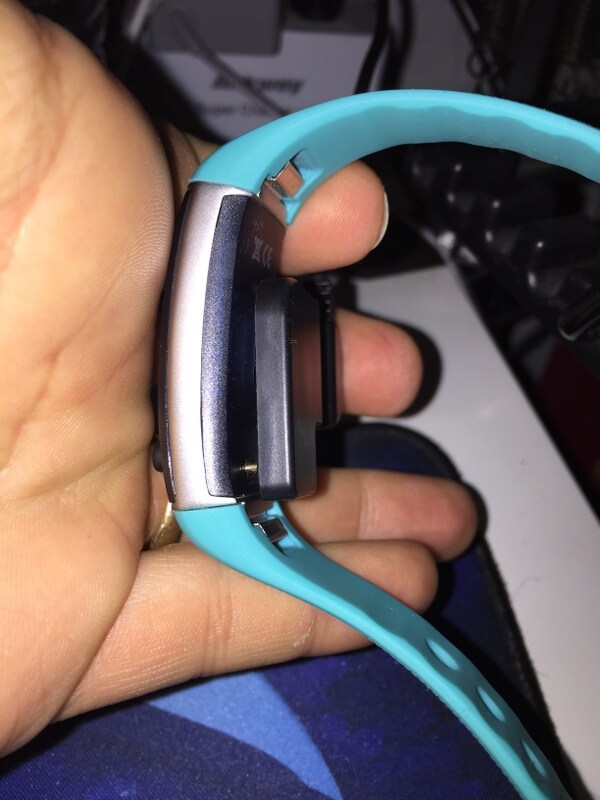 The app itself isn’t very feature rich but it does at least track sleep data which is more than I can say for several other apps including the Zeroner Health app and the Very Fit 2 app.    The app tracks historical data for your health analytics and gives you access to them at anytime. 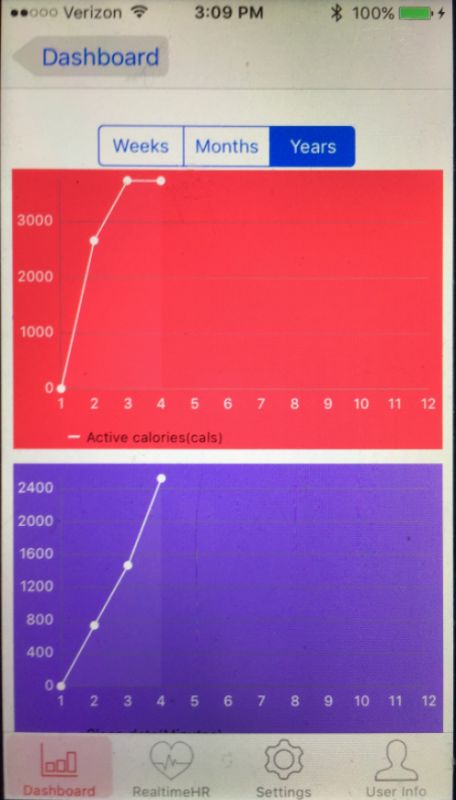 You also get historical view of your heart rate monitor as well. 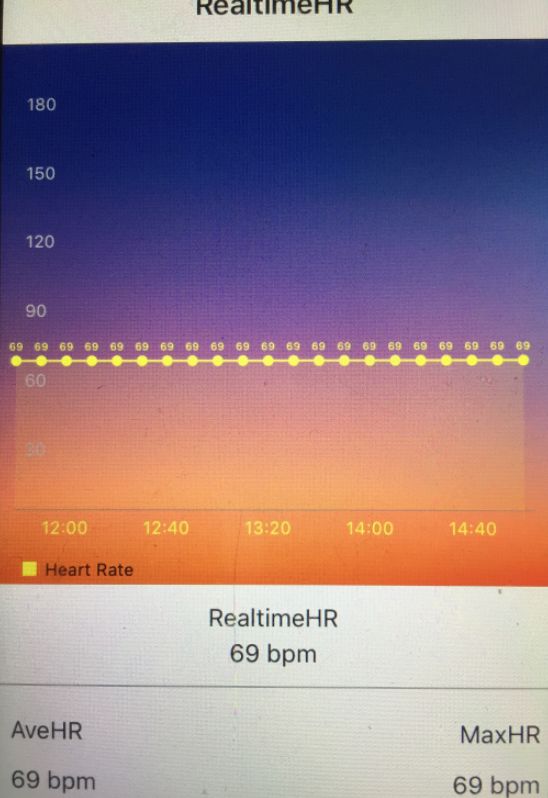 Finally on the settings page you can have notifications enabled or disabled (no fine grain notifications on the watch settings), you can set an alarm/timer but it really is just a timer as you can’t specifically create a calendar or schedule of when to trigger a silent alarm, like every morning at 5am for example.  You can set sedentary reminder to get up and move around which is nice for those who sit on their butts all day like I do working. 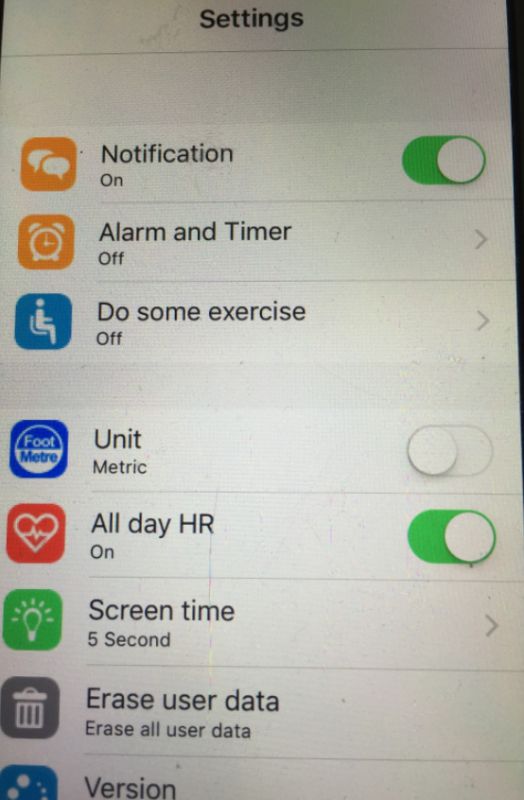 All Day HR will track your heartrate all day long, but this will cut the battery by about 30% in my testing, the watch does last 14 days if you disable wrist sense and All Day HR and I confirmed this but only get about 4-5 days when both of those features are enabled which puts it in line with other fitbands in the same price range.  You also can set how long the screen stays active which is actually good, too often some fit bands only stay on for like 1-2 seconds, I prefer a minimum of 5 seconds which is the default with the Zeblaze Zeband.

All in all I had to end up giving the Zeblaze Zeband a 3 star rating, the way the text faces, the lack of home screen display options and the step tracking being very off do not make it ideal for a day to day walking and jogging scenario’s.  It isn’t bad, but there are better fit bands for that, where I would rate this watch 4 stars is if you wanted to use it more for swim tracking than as a walking/running fitness watch and this is where the watch stands out from others.  The battery life when not using All Day HR and Wrist Sense is also long compared to most cheap smart bands so this is another plus.