So recently when my Razer Blade 2014 laptop overheated to where I started smelling chemicals and opened it up to find the heat sink pipes black and melted sodder on the motherboard I knew my laptop was toast.  The good news is only the motherboard fried and possibly the CPU, but I was pretty sure that the M.2 SATA SSD drive would be fine, or at least I had hoped so I searched online and on a lucky purchase I chose the ZTC Thunder SSD enclosure which allows you to install an M.2 SATA SSD drive and then plug it into a USB 3.0 port so that you can use that SDD drive as you would a normal USB Storage device. 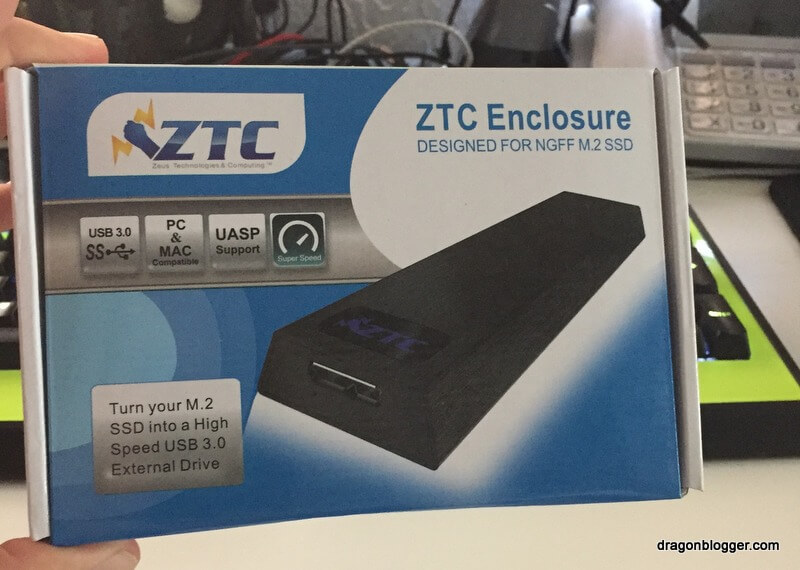 The device arrived and I was ready to unbox it and turn my M.2 SSD into a high speed USB 3 External Drive as the specs said, all you have to do after you pull the ZTC Enclosure out of the box is undo  tiny little screw on the bottom and slide the board out so that you can attach your M.2 SATA Drive. 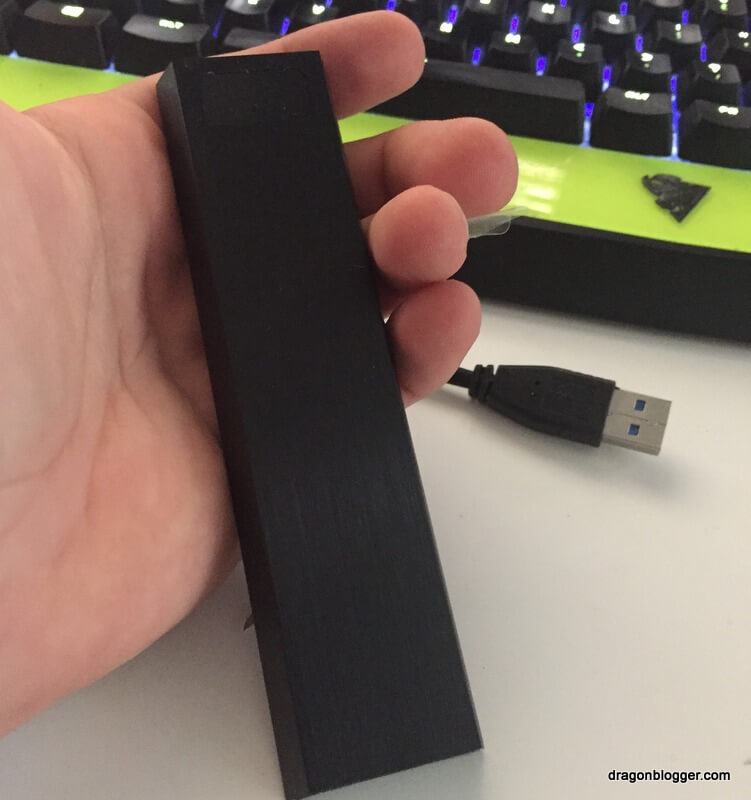 Now something I noticed right away is when I seated the M.2 SATA drive in firmly to the ZTC Enclusre that the SATA drive was held slightly at an angle upward, it wasn’t parallel to the board itself.  This turned out to be a non issue except I was worried that you had to bend the board down slightly so that you can put the enclosure back on.  I was concerned this may cause the pins to become loose or it would unseat from the socket a little, or worse would cause some damage to the ZTC Enclosure board or the M.2 SATA SSD drive itself but it was all fine in the end. 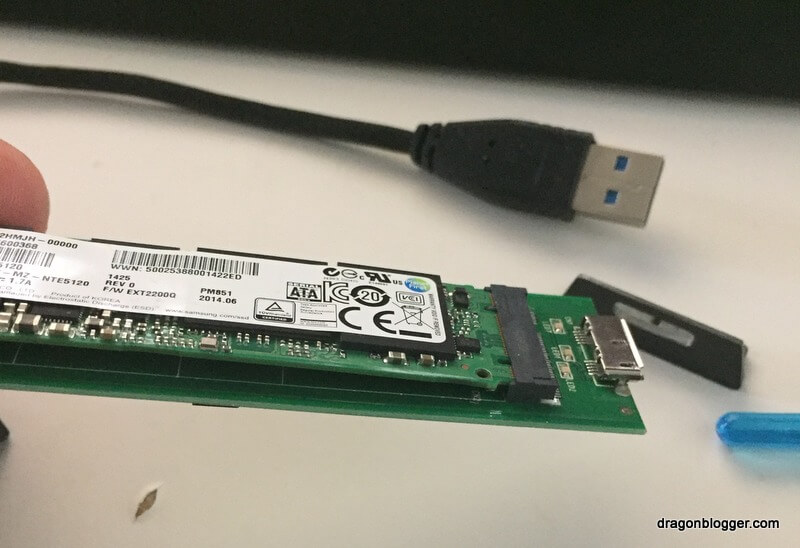 You put the enclosure back together screw the end in and make sure that the SATA connector is ready to go.  You plug in the SATA to USB adapter that comes with the ZTC Enclosure and then prepare to plug it into your computer and turn that M.2 SATA SSD Drive into a USB Storage device.  In my case I was going to get access to my old hard drive from my burned up laptop and recover my data. 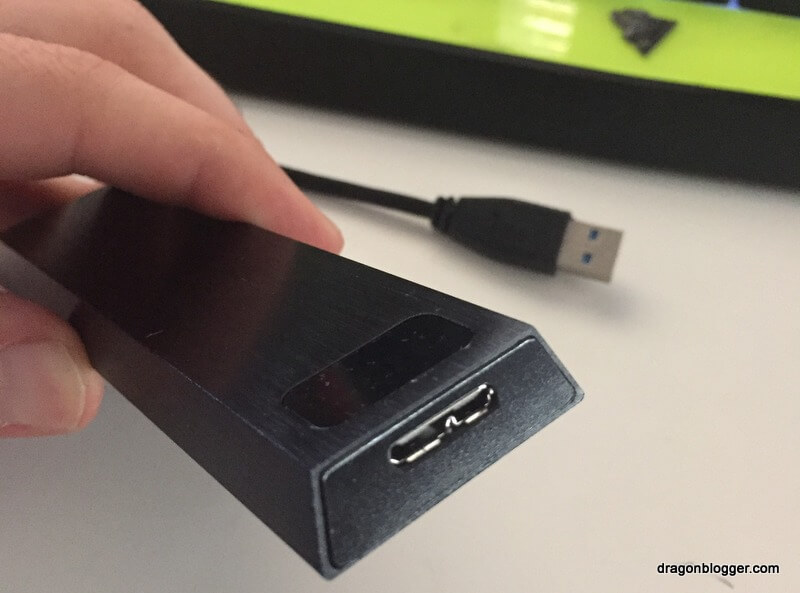 When  you plug the ZTC Enclosure into a USB port you will see it light up and the installed M.2 SATA SSD drive should open in File Explorer and act like it’s own USB storage device.  I did notice some odd problems early on but I found out these were due to issues with the device working with a USB Hub.  The ZTC Enclosure should only be plugged into the direct USB 3 port of the laptop itself, it tends to suddenly drop or lose connection if you use it in any hub and I tried it in a powered and non-powered hub and found the device just doesn’t hold a stable connection with the PC via USB when using it in a hub. 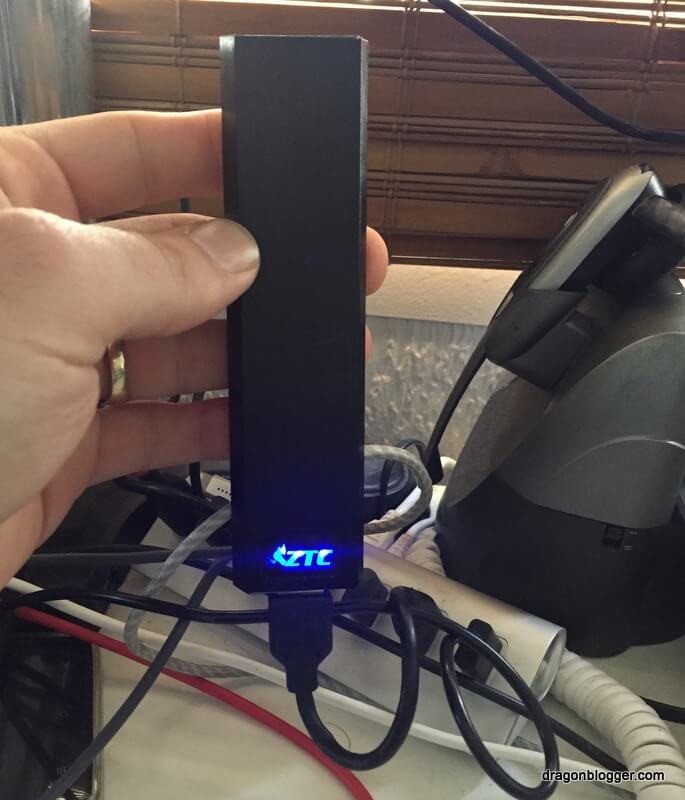 It works absolutely fine when I plugged it into my USB 3.0 direct port on the laptop itself however and I was able to recover and transfer over 300GB worth of data to retain before I formatted the M.2 SATA SSD drive clean to use as I would an external USB stick.  I even did some transfer rate tests and record them here in this video.  Now this says it supports 6GB/s and up to 512MB/s transfer rates but I just wasn’t able to get these speeds with my USB 3 port on my laptop, it could be a limitation on the type of SSD I had or simply the USB port but I never got above like 315MB/s in my tests but I won’t assume the device can’t transfer faster than that.