Ever heard of the term “Cosplay” in Bad Axe Throwing? Many of you might have heard about it, but some of you are still not aware of this term. So let’s dig right into the topic without any further ado!! Cosplay in general terms can be defined as dressing up and participating as some anime character or game character or any TV series character that you like. Many people have Cosplay included in their hobbies and lifestyle and Cosplay today has now become more prevalent than it has ever been before, even in Axe Throwing Games and championships. People participate in Axe Throwing dressed as gladiators, ninjas and what not. With cosplay comes a bunch of cool costumes ,accessories and weapons like Axes, Swords, Guns and many more.

Here we’ll be talking about some of the cool axes for cosplay. Axes are something that never fails to leave an impression and fascinates others. Not only do they look good in cosplay but we can also see them being used in sports like Axe Throwing in which a person aims at a wooden target with an axe. 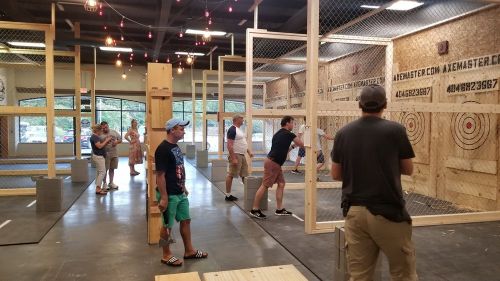 Axe throwing is a sport in which the player throws an axe to hit the center of the target as near as possible. In most lumberjack competitions it is an event. It takes place in the cities of Canada, United States and the United Kingdom. Axe throwing is one of the oldest sports. Nowadays it has gained more popularity than other games and here is Atlanta Axe throwing which has got you exciting weekend plans. 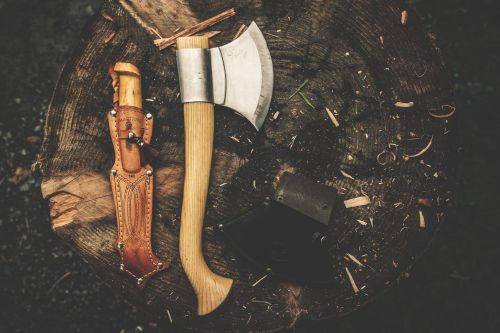 Here are some of the Cool Axes for Cosplay at Axe Throwing Events. So people keep reading as things are about to get interesting:

1. LEVIATHAN: Leviathan axe is the one which is used in the popular game “God Of War” by Kratos. This game was released in 2018 and is the eighth installment of the game series. Kratos who is the Greek God owns this impressive axe in this game. It’s a war axe which is two handed. This axe is efficient and not to mention, it is also ruthless. It keeps upgrading as you move forward in the game. The attacks of this axe are brutal and easily knocks down an enemy. The best feature of this axe in the game is that it returns back after it is thrown for an attack on the enemy. This one is a cool axe to try while you Cosplay “Kratos” with his signature weapon “Leviathan”. Well, in real life Axe throwing, the axe won’t return to you by itself, but one thing is sure, if you have good skills, this axe is great for a perfect throw. 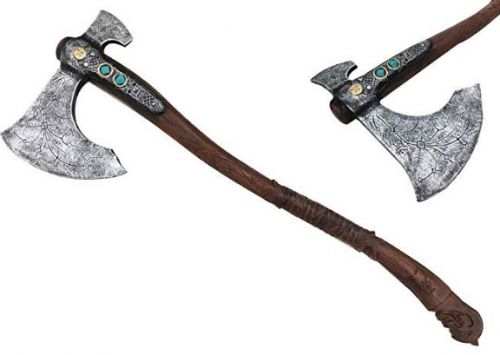 2. RHITTA: Rhitta also known as the “The Divine Axe Rhitta” is seen in a famous anime “The Seven Deadly Sins” and is owned by Escanor. This axe only works when it’s handled by Escanor. With one single command which is “Sacred Treasure Release” he can release all the power that is stored in the axe at once accompanied by several waves of heat and light that illuminates the sky. And this axe not only illuminates the sky with its incredible waves of heat and light, making the onlookers mistake it for sun, But it can also reach it’s master, who is Escanor when called by him in an instant. The special ability which this axe holds is its capacity to absorb the enormous amount of heat that Escanor radiates so that later he can aim at his enemy with precision without burning everything in the vicinity. Rhitta Axe can make you stand out from the other competitor in Axe Throwing competitions with its great looks, a knuckle on the handle and gold accents. 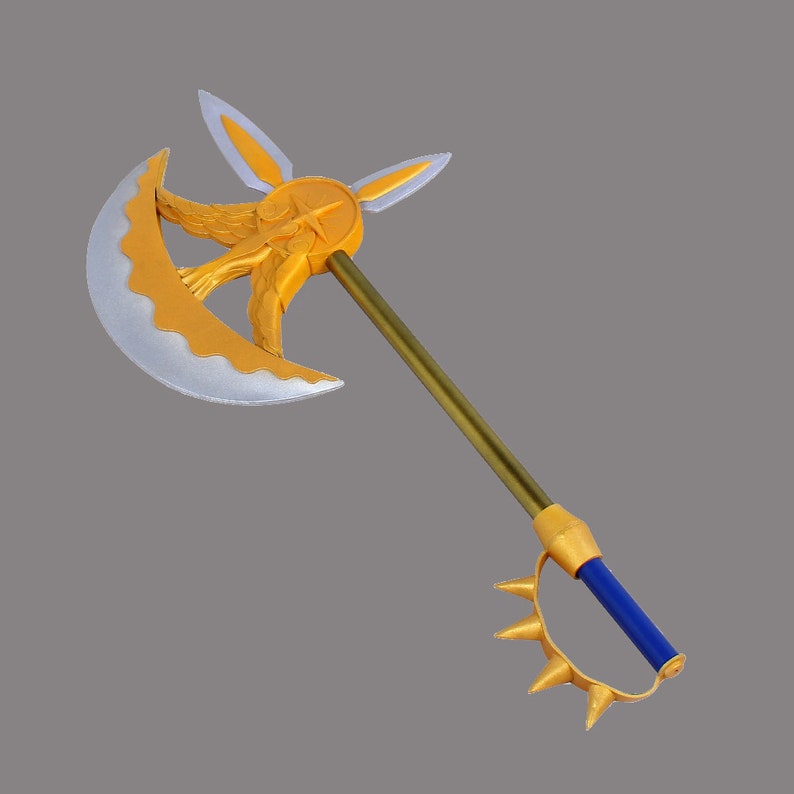 3.Dragonbone Battleaxe: This cool Axe “Dragonbone Battleaxe” is seen in the game known as “Skyrim”. This axe is a two handed axe and it can be obtained easily when you defeat the keepers in the game. It can also be upgraded with a Dragon bone that is found at Grindstone in the game. The player using it can also benefit from the certain advantages that comes with the Dragon armor Perk, which improves it performance then it was earlier. Dragon armor is the special ability in case of this axe.You can really opt for this particular axe and enact as some cool character of skyrim game. If you are Cosplaying at an Axe Throwing event and have the Dragonbone Battleaxe, you will definitely be noticed by the other competitors for its raw looks and large size. 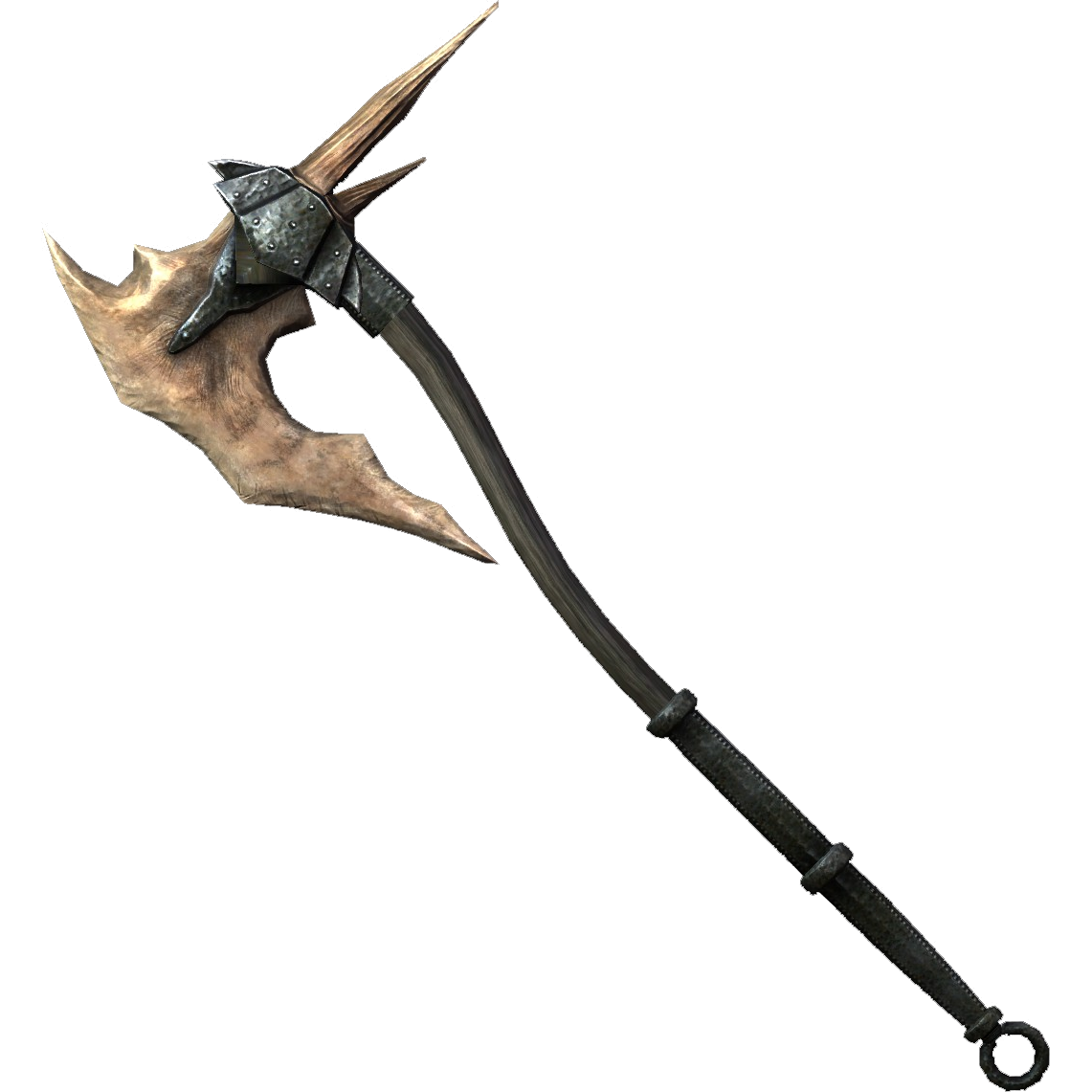 4.Kulutues: In a cosplay Axe Throwing event, Kulutues can definitely be the largest axe one can have, with its hammer like heavy head and a thick metal handle. “Kulutues” is one another cool axe that is used in the game “Soul Caliber” and the character that wields this cool axe is none other than Astaroth.This axe is used by Astaroth alone and this axe carries a lot of blessings of the priests and is the best preferred weapon of Astaroth in the game. But if someone other than the cult of Astaroth uses it then this axe can act as a curse for that particular person.This is a very impressive axe as it is super cool and has killer looks as well. There is no other better than this axe to opt for when you want to cosplay a character with a cool axe. 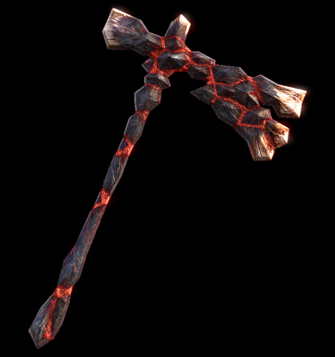 5.Wuuthrad: While most of the competitors will bring a standard axe at the Axe Throwing event, you can get one step ahead of them and grab a “Wuuthrad”. This axe certainly has killer looks with blades on both sides . It can be seen in the game “Skyrim”. This one again is a two handed battle axe like most of the other mentioned above.This axe is carried by Ysgramor in the game. This axe capability is improved by smithing and is lethal to the elves in the game. 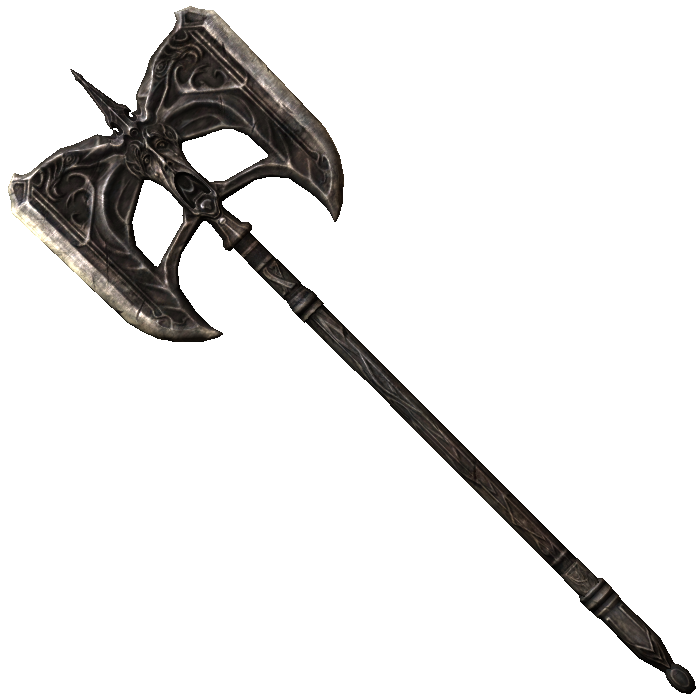 So, when you are participating in an axe throwing competition, you can wear a cosplay dress and look like a pirate, a ninja, or a grim reaper or any of your favourite game or anime character. You now have a list of cosplay axes you can choose from, small or large, single handed or two handed killer axes, you now have all the options. Just choose the one that fits your style.