Activision has now shown that it doesn’t plan on taking the recent Call of Duty leaks lying down. Following a leak which exposed revealed Call of Duty Warzone, an upcoming free-to-play battle royale mode for Call of Duty: Modern Warfare, the company has issued a subpoena to Reddit. The subpoena orders the site to reveal the identity of the Modern Warfare leaker responsible.

Activision Has Subpoenaed Reddit to Expose a Modern Warfare Leaker

Modern Warfare leaks are hardly anything new. However, there is an important distinction that needs to be made. Most “leaks” actually occur as a result of datamining. It has been known for months now, for example, that a Modern Warfare battle royale mode was on the way thanks to datamining efforts which revealed the work-in-progress map. In such cases, people were able to access Modern Warfare’s game files and find incomplete content which hadn’t yet been revealed. However, the most recent leak that revealed Warzone was somewhat different. It wasn’t just a datamining post on a gaming forum. 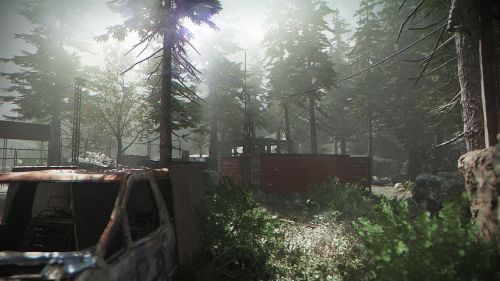 Until then, the upcoming battle royale was presumed to be a mode for Modern Warfare. The “Warzone” name was unknown, as was the detail that it will actually be released as a standalone, free-to-play game, with an option for players to pay to upgrade to Modern Warfare. That latter part is a major detail which has likely been carefully kept secret by Activision for a long time, and isn’t something which could have been found through datamining. The source of the leak was a post on Reddit by a user “Assyrian2410,” which has since been deleted. Activision’s subpoena, which was obtained by TorrentFreak, orders Reddit to provide them with all the details the site has on this user.

According to Assyrian2410, before they deleted their account, the leaked info was provided to them by an inside source. If so, then it’s very likely that somebody violated a non-disclosure agreement. (Whether the details really came from a second party or Assyrian2410 themselves.) Anybody working on such secret information would have been made to sign an NDA to prevent leaks such as these, and violating an NDA can result in the individual being fired or even sued. Reddit has until the 28th of February to turn over the details (assuming that they don’t refuse to comply with the subpoena, which could trigger a legal battle between the two companies). As such, Activision could take further action against the leaker directly within days.