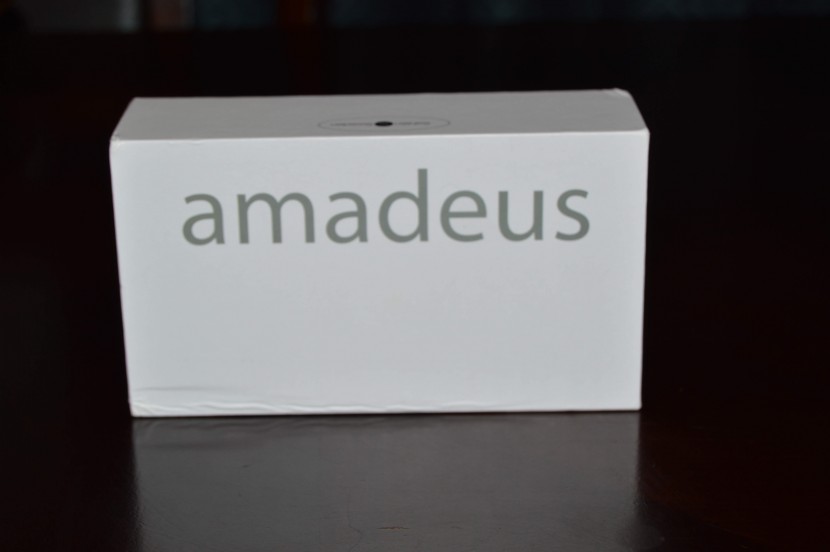 The Amadeus Power Bank has been nothing but pleasant surprises for me. I previously owned a power bank that was some glossy white iSomething looking thing, and after only 3 good charges, the product simply stopped working. I was so infuriated. It’s difficult to find products that don’t have blazing logos and wacky commercials that the products designers have created to try and trick you into liking their product without actually putting effort into the quality of their product. So when I opened up the mail to find this plain white box that with the calm but unmistakable word Amadeus printed on it I was immediately drawn in. Let me see if I can explain why.
The Amadeus Power Bank isn’t large, or box shaped with all the corners shaved off. It isn’t some John McCracken minimalist plastic piece either. It’s a compact metal cylinder that actually has a surprising amount of heft to it for it’s size(about 1/3rd of a pound). I would be hard pressed to tell you the last time I picked up an electronic and had the word sturdy come to mind. In a pinch you could probably slug a guy with one of these things in your hand and do alright, but I wouldn’t suggest that because just having this thing in my room makes me want to keep it well maintained. It’s metal alloy casing and professional looking design lets you know that it is a a piece of quality equipment. 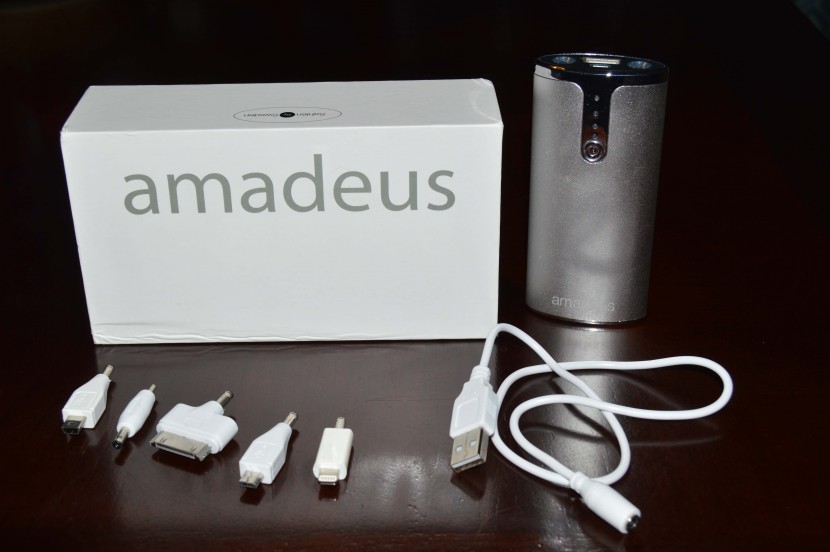 You also get four adapters which will allow you to charge almost any of your electronic devices and can be swapped out very easily. You may think you only will need one or two of them, but with the Amadeus having a surprising charge capacity of 5200mAh, I could actually charge my phone, and several of my friends phones. Alternately I could hoard it all to myself and charge up my phone four times in a row with enough juice left in the bank to top it off a fifth time. That’s a lot of charge. I also may just be enamored with the product, but it seemed like my phone charged much faster than it normally had on a wall mounted outlet. Again, there isn’t any science behind that, it was just something I noticed.

The Amadeus is also easy enough to charge, you just plug the micro USB cable into the Amadeus and the regular USB side into whatever USB type A input you have available. I’ve charged my Amadeus off my Xbox a few times when nothing else was on hand. Still, when you look at the Amadeus, that’s sort of exactly what it’s for. You never know when you may be far from a charger or when you may not have a chance to stop on a long ride across the country, as I did. Plus, as a bonus, if you can’t see the charger because it’s too dark, the Amadeus Power Bank has a light on the front which works as well as any mini flashlight. Again, the Amadeus proves to be handy while not being cluttered. 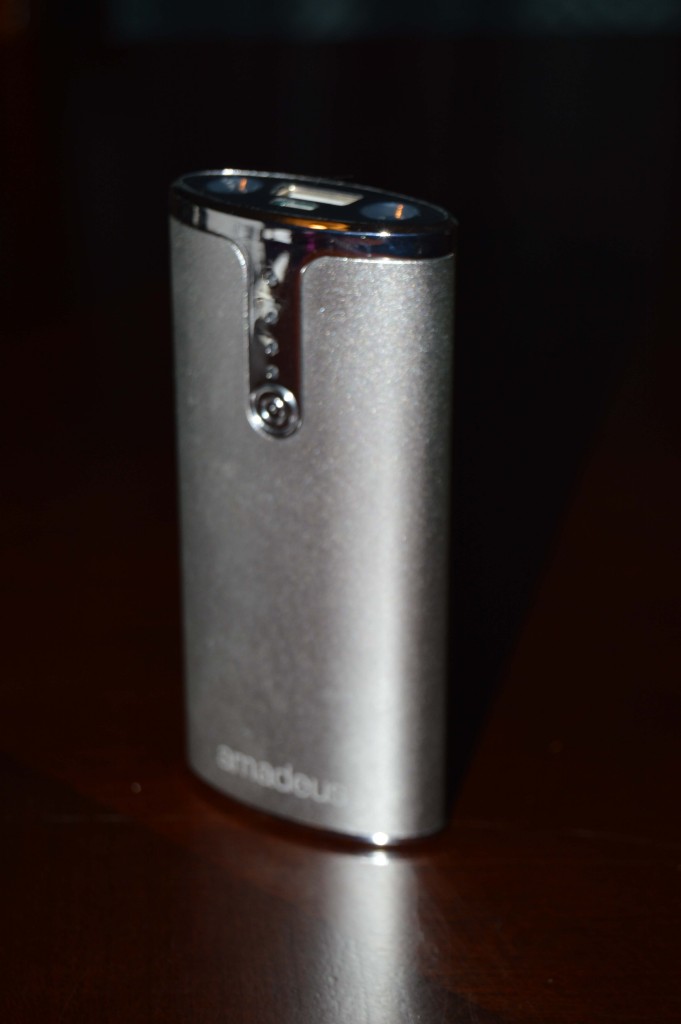 The bottom line is that the Amadeus Power Bank works exactly the way it should. Compare that to most other electronics and accessories on the market and it’s easy to realize that despite all logic and reason that is actually a rare thing to find any more. Many electronics are designed to wear down after six months, and many don’t even last that long. I have no doubt in my mind that my Amadeus will continue to be reliable, right when I need it, and that’s what we really want, isn’t it?