Technological improvements make life better. It’s been like that since the beginning of time. For our cave-dwelling forebearers, the spear was a huge technological improvement over the club. It gave them added reach so they didn’t have to get so close to their prey when it might try to gouge or gore them with teeth, claws, etc. It was also deadlier than a club. A piercing tool that could reach the heart in one thrust was quicker and cleaner than a blunt instrument they had to repeatedly bash the prey with so it would lie down and become their dinner.

We don’t have to go hunting for our food anymore, but technology is still making our lives better and easier. One of the main areas where technological advances are giving us more gadgets is in entertainment. From big screen TVs to smartwatches to wireless earbuds and virtual reality glasses, technology is changing the way we have fun.

A lot of that new technology is worn on our wrists through smartwatches, Fitbits, and other wearable devices. You can watch videos, listen to music, make telephone calls several different ways, surf social media sites, send and receive text messages, and, of course, keep track of your physical fitness activities.

The Smart Geek Wrist website lists the advantages of wearable technology. Number one, of course, is that you don’t have to worry about losing it. Anyone who has ever set their phone down then walked off without it, raise your hand. Pretty much everybody, right? And those who didn’t raise their hands are probably fibbing. We’ve all done it at least once.

But how many times have you left your watch behind after it’s on your wrist? Hmm, how about . . . zero.

Wearable tech doesn’t get left behind. Star Trek watches – or for you older types, Dick Tracy watches – stay with you every step of the way. Many times they’re counting your steps, monitoring your pulse and respiration, keeping track of your temperature, and figuring out how many calories you burned with each and every stride. 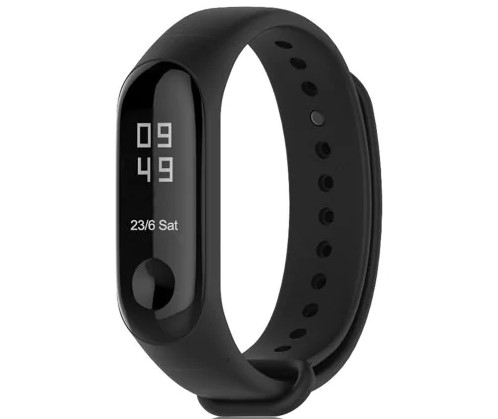 Like the Xiaomi Mi Band 3 Smart Bracelet, they can connect to your smartphone to give you a complete report on your health and fitness numbers. The point is, from the time you get up in the morning until you go to bed at night, wearable tech is with you all the time. If you sleep with it on your wrist, it’s with you 24/7.

As the queen, whatever Caroline did immediately became popular, and the new wrist watch was no exception. In fact, in the beginning, wrist watches were exclusively for women. Men stuck with their traditional pocket watches until the necessities of World War I made it imperative for combat soldiers to have an easy way to carry their timepieces without occupying their hands. Since then, there’s been no turning back.

Like Queen Caroline’s first wristwatch, wearable tech is both functional and decorative. As technology continues to improve, you should look for the functionality to increase in ways you still can’t imagine. The future is coming and it’s going to be fun!