Going digital continues to be a theme of modern gaming and is helping classic gaming models like bingo, board games, and even the classic gamebooks of yesteryear – such as the Fighting Fantasy series – rekindle an audience. Moving online or being playable on PC, consoles, and mobiles have made the games of the past more accessible and available to the modern gaming audience. Some adjusting is required to move stories, characters, or gameplay to the digital realm, but the practice has been able to produce many top-class PC games. Making a move to PC gaming often makes gameplay easier – such as by automating the necessary calculations – or allows fans to indulge in their favoured universe through a very immersive medium.

PC gaming has a long history of gaining inspiration from other media, as well as directly using other source materials to build a compelling game. Classic games and books have been able to spawn hugely popular PC games over the years, including some of the most popular in the world right now.

PC gaming’s history of drawing from other media

Brought to gaming by CD Projekt Red from the novels of the same name, The Witcher game series has become a favourite among gamers. 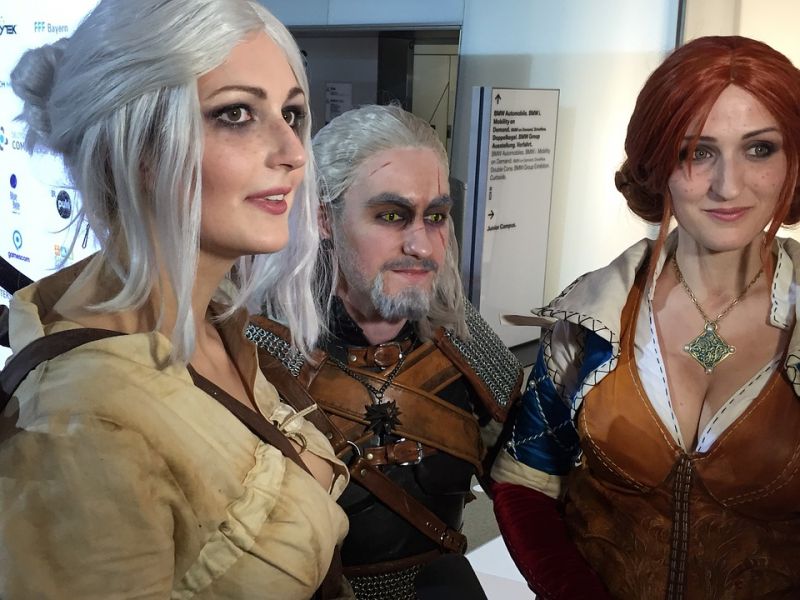 The world of PC gaming is vast and dynamic, but ever since it began, developers haven’t been able to resist tapping into established audiences by reimagining or rebooting content from other forms. Ranging from making games based on movies to drawing from classic board games, there has always been a fine selection of titles and even franchises derived from other forms of entertainment. Overall, this practice has been rather successful, with franchises based on books and board games being among the most-loved of all.

You can see the influence of tabletop role-playing games all over modern PC gaming, with the likes of the Elder Scrolls saga and Knights of the Old Republic boasting all of the fundamental mechanics forged in the classic pen and paper games. As for modern book adaptations in gaming, The Witcher games are based on the novel series of the same name by Andrzej Sapkowski, and the Metro series is a direct adaptation of the novels of the same name, by Dmitry Glukhovsky.

Despite the success of adaptations from media such as board games, books, and the general digitisation of classic games, movie-adaptations all-but died off not long ago. It used to be that whenever a big – or even a moderate – release hit the cinema, people would be able to pick up the movie’s game straight after to indulge in the world further. The two went side by side, but as PC games evolved and required more time to be developed, creators could no longer keep up with cinematic release schedules, leading to a decline in quality and ultimately, to them dying out.

The most iconic reimaginings of classics into gaming

A classic sight for tabletop role-playing game fans. The most famous of them all, Dungeons and Dragons, laid the foundation for many of the best PC games of the modern day.

One of the most iconic tabletop games of all-time is Dungeons and Dragons. While it did inspire the well-liked Neverwinter MMORPG as well as countless other direct adaptations in PC gaming, its biggest contribution to PC gaming is providing the foundation of role-playing games. RPGs in PC gaming are among the most popular of all, with the likes of Divinity: Original Sin 2, Fallout: New Vegas, The Witcher 3: Wild Hunt, Star Wars: Knights of the Old Republic I and II, Dark Souls, and The Elder Scrolls V: Skyrim being among some of the most loved PC games of all-time. D&D gave developers the blueprints of RPG gaming, with the numerical systems forged to calculate the likelihood of finding treasure, experience points increases, and combat probabilities all utilised in RPG PC games, as well as the use of the lore established in the fantasy setting in some cases.

Of all of the colossal PC games that are based on books or a series of novels, the most successful for its popularity, longevity and quality of games has to be the Tom Clancy’s series. Now used as branding by Ubisoft, the gaming series began with the author of the books co-founding video games developers Red Storm Entertainment and releasing games based on his books Hunt for the Red October and Red Storm Rising. Over the years, other incredible series from his novels and the created universe, such as the Ghost Recon series and Rainbow Six series, have forged a gaming brand alongside the books which has stood the test of time.

A true showing of how the digital revolution has been able to revitalise classic gaming is with the story of bingo. After hitting its peak in the 60s, 70s, and 80s, the slow but community-based game of chance crashed with the release of the National Lottery in the UK. As bingo brands were resistant to changing their ways and creating an online presence, much of what was among the most popular games in Great Britain faded into history. But recently, a bingo revolution of its own has begun, with online bingo games popping up on the internet to offer the classic feel of the game while also innovating for the digital audience with features like free bingo, promotions, bonus winnings, and even some slot games alongside the bingo offering.

A Song of Ice and Fire novel series by George R. R. Martin has failed to make a name for itself on the gaming scene despite numerous attempts. 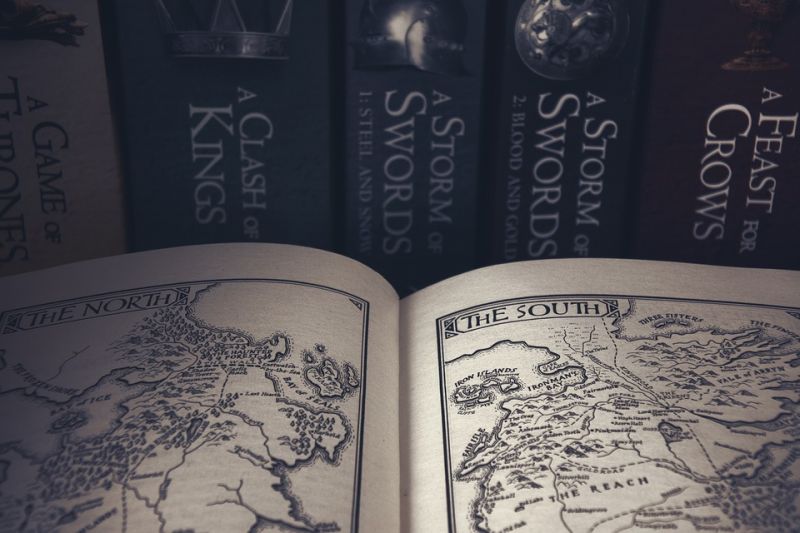 Despite the conclusion, Game of Thrones remains as the biggest television show ever. Coming from George R. R. Martin’s as yet uncompleted novel series A Song of Ice and Fire, the show and the books have failed to land a major PC game despite their many attempts to do so. It started with Cyanide’s two distinctly mediocre attempts to get Westeros into PC gaming, with A Game of Thrones – Genesis and Game of Throne failing to impress. Game of Thrones: A Telltale Games Series marked an improvement, which included the famous faces of the show but in Telltale’s unique game style. Unfortunately, Telltale Games was shut down, meaning that the series was never finished. The most recent official game, Reigns: Game of Thrones, is the highest-rated attempt, and quite enjoyable in fairness. Through reading the text and swiping to make decisions, you try to become the ruler of the Seven Kingdoms.

The PC gaming adaptations of Martin’s novels and the HBO series can be categorised under the same stigma that movie-adaptation games endure. In the 90s and 00s, there were some great movie-adaptation games, with GoldenEye 007 and The Lord of the Rings titles standing out, but most were notoriously bad. But as technology improved and the standard of gaming was raised, it became impossible to create a viable game alongside a movie due to it taking much less time to make a movie than a game. So, they died off.

The digital revolution has been able to revitalise many of the classic gaming formats, sometimes giving the original creations a new lease of life. PC gaming will always be inclined to use strong source materials from all other entertainment mediums, revitalising them as they go, but we appear to have seen the last of movie-based games.