This is a robotic building blocks kit compatible with LEGO that you can build, program and use your mobile phone app to create vehicles, drones and more. The ages are 8+ and my 11 year old had no trouble building it though there are some confusion instructions when you have so many extra pieces in the kit of different colors. The robot is fun to build and fun to drive with 3 different speed settings in the app. This kit comes with 2 motors, wheels and enough to get started with vehicles, there is another kit that comes with drone parts.

Check out the Botssibility Video Review

For those who want to read a review continue below and we start with showing off the box and packaging. 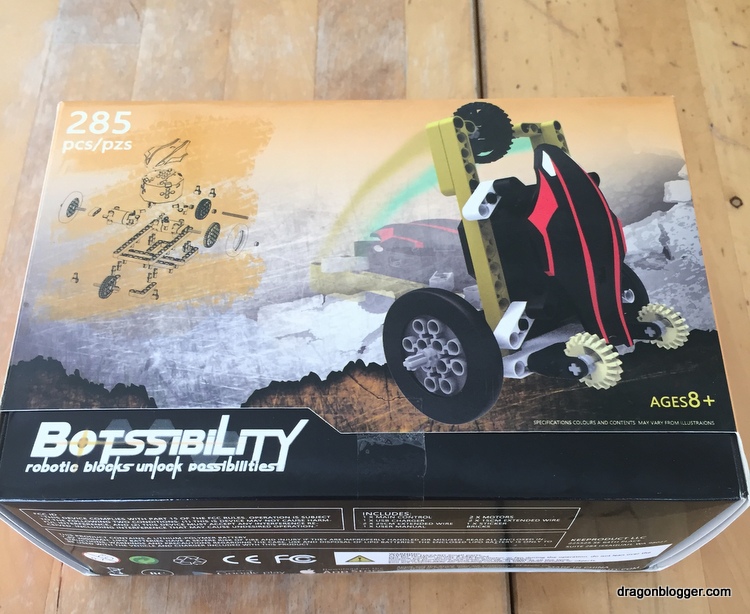 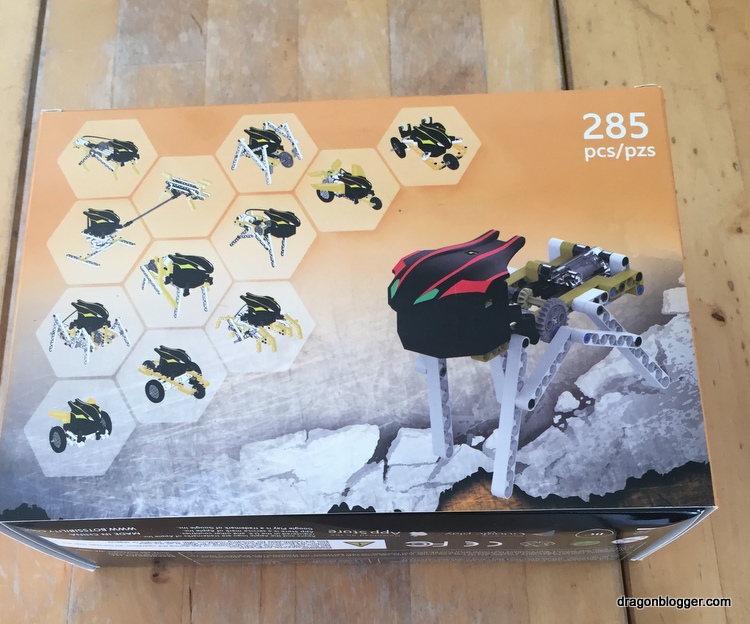 From looking at the box itself and all sides you get an idea of what you get in the package and some examples of robotic vehicles you can assemble with the Botssibility kit. 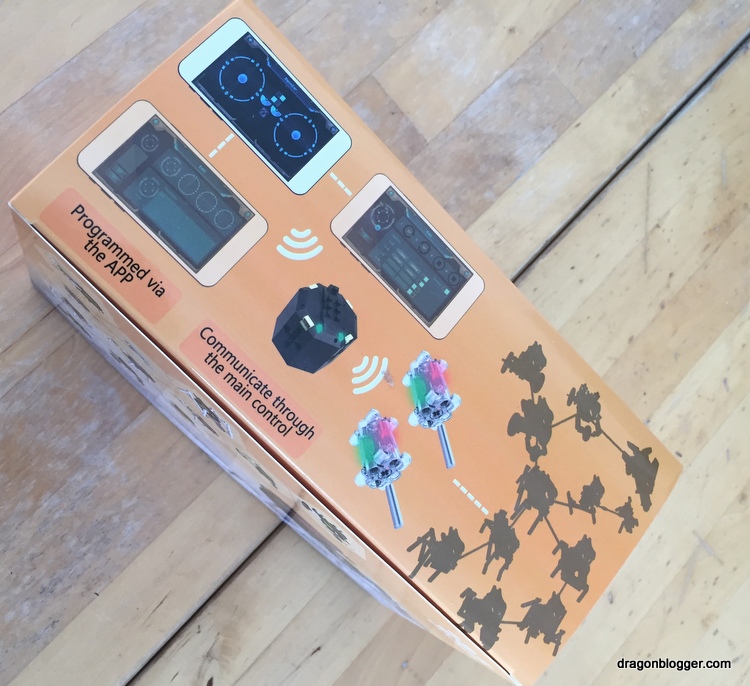 You also see how the mobile app is your central point for control and programming of the Botssibility robot.

Included in the Botssibility Package

As this kit is primarily geared toward children I basically told my 11 year old to built it himself and come to me only if he couldn’t figure something out.  I wanted to see if the target audience for the product would have any trouble with assembly and generally my son was able to build the kit to near completion without any assistance or issues.  The instructions are clear other than the last steps where you plug in the power to the motors, they are a bit hard to snap in and knowing which one goes in which motor so they aren’t backwards can be confusing at first but easy to recover by just switching it around. 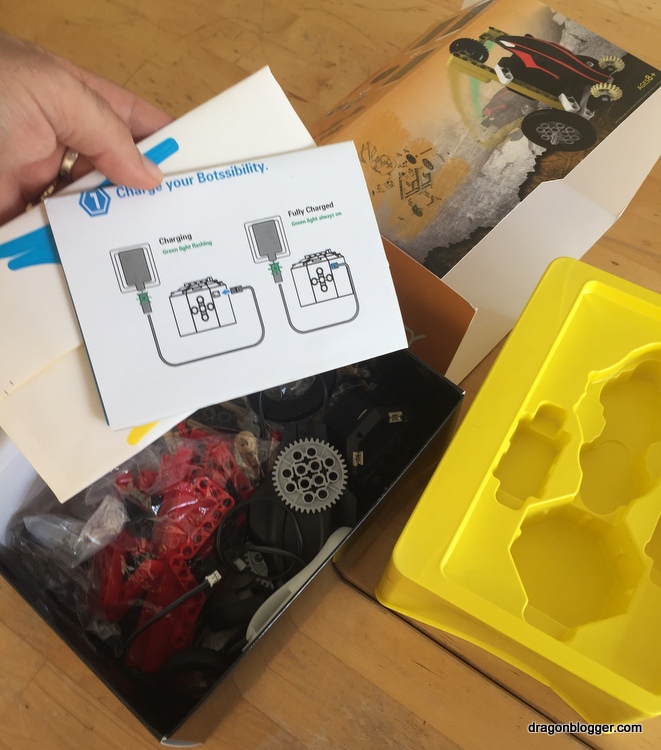 Building the Botssibility robot only took about 40 minutes and then my son was off to testing the mobile app and controls moving it around.  It has 3 fairly decent sized wheels which allow it to roll well on any flat surface and even slightly uneven surfaces without issue.  We had other robot kits where the wheels were too small for anything but perfectly smooth surfaces but that isn’t a concern or issue with this robotic kit for kids. 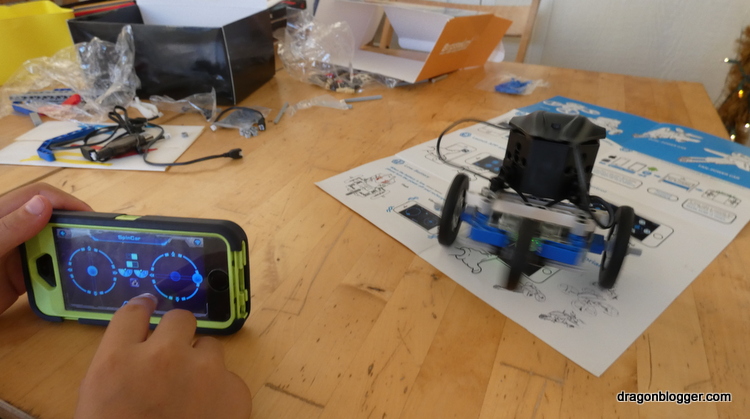 You will notice the default kit and building instructions you get for the starter 3 wheeled vehicle leave a lot of parts left over for you to use your imagination. 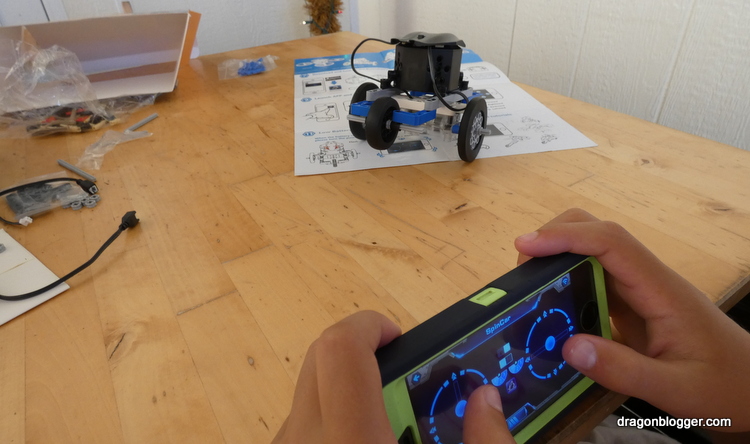 Because this robotics kit is compatible with official LEGO if you have any other LEGO parts you can augment and further customize the Botssibility robot.  Of course I am not talking about the bricks that stick together, but the parts that connect with tubes/joints and have the plastic holes. 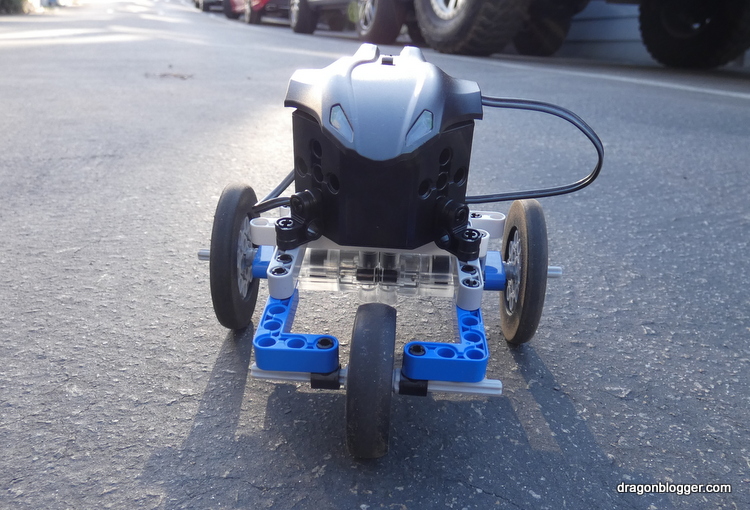 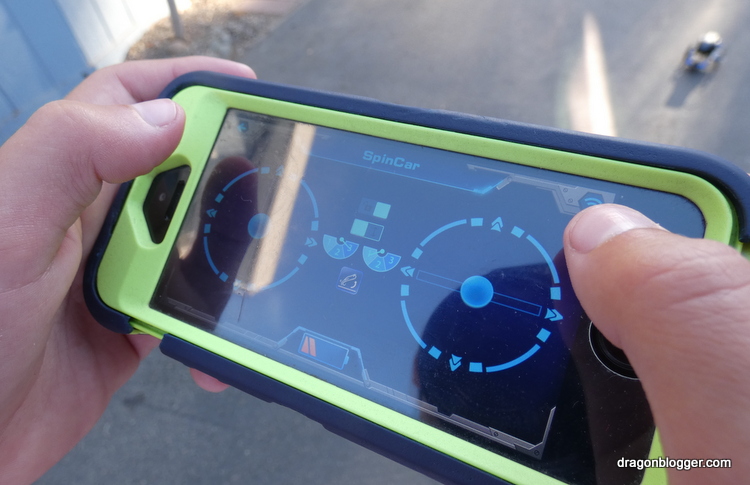 The controls were fairly tight and the motors allow the Botssibility to move pretty fast considering it’s size, it has decent range too during testing.  At $99.99 however I felt that the Botssibility was priced comparatively to other robots like the Robobloq Q-Scout which we also reviewed and was a fantastic device that was more metal and assembly with screwdriver than pushing blocks and parts together.  I preferred the larger wheel design of the Botssibility but it lacked many of the sensors and features of the equally priced Robobloq Q-Scout which also had object sensors, line tracking sensor, a sound box and a far more flexible and detailed programming capability being that it used a full Arduino with it.

So I would consider the Botssibility better for younger kids who like to assemble more than program, if you like a builder who likes combining an existing robotics kit with an already larger LEGO collection Botssibility is a better option.  But if you have a kid who wants more hands on hardware with screwdriver and much more detailed object oriented programming with more options, then the Botssibility is a bit too limited for that and is more toy robot than STEM robotics kit.