Larkspur, Calif. (Nov. 6, 2020) – Codemasters® today celebrates the launch of DIRT 5™ for the PlayStation®4 computer entertainment system, the Xbox One and the Xbox One X, and PC. DIRT 5 is developed by the Codemasters Cheshire studio and offers a diverse mix of game modes from traditional racing across multiple terrains, arena creation through Playgrounds, and a host of multiplayer features including three party games. The ‘Out Now’ trailer can be viewed here

DIRT 5 delivers amplified racing across 70 routes, 10 locations and 13 vehicle classes. Players must master the likes of rally cars, rock bouncers, buggies, and more if they’re to prove themselves in the DIRT Series. The Career boasts the voice talents of gaming icons, Troy Baker and Nolan North, alongside Donut Media’s James Pumphrey and Nolan Sykes, and cameos from the world of gaming and motorsport.

In the most ambitious DIRT title to date, Playgrounds allows players to create, share and discover custom arenas across three event types: Gate Crasher, Smash Attack and Gymkhana. Once verified by the creator, Playgrounds are available for anyone to download, and post their best scores to the global leaderboards. 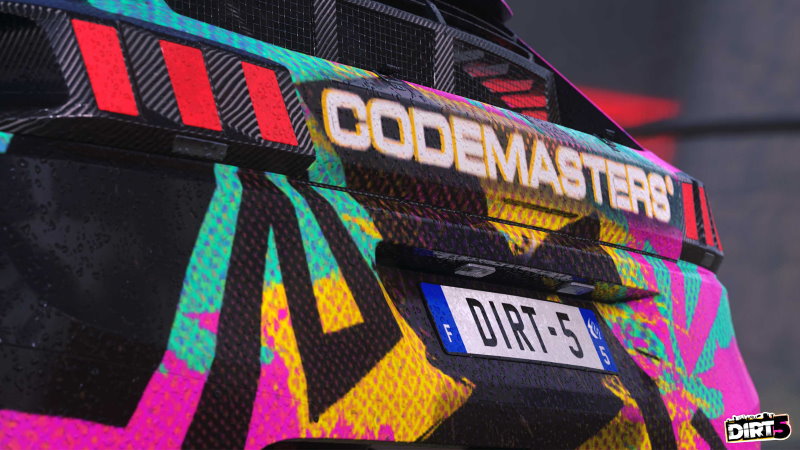 “DIRT 5 is finally available, and we can’t wait to jump into the lobbies with our players,” said Robert Karp, DIRT 5 Development Director at Codemasters. “The team has done an incredible job, and there is so much variety. From Playgrounds to party modes to all-action racing, DIRT 5 gives racing fans so much of what they love and a whole lot more.”

DIRT 5 on Xbox Series X|S is available worldwide on Nov. 10. The PlayStation®5 version launches in North America, Australia and New Zealand on Nov. 12, and the rest of the world on Nov. 19. A Google Stadia version will launch in early 2021. The game supports Xbox Smart Delivery and PlayStation’s free upgrade* when players switch to an Xbox Series X|S or PlayStation 5.

We also streamed the game

Codemasters (AIM:CDM) is an award-winning British video game developer and publisher with over 30 years of heritage. The company specializes in high-quality racing games including DiRT, GRID, and the BAFTA award-winning official F1® series of videogames.

The Koch Media Group is a global developer, publisher and distributor of video games, VR games, gaming hardware and merchandise.

The group’s publishing activities, marketing and distribution extend throughout Europe, America, Australia and Asia. Koch Media has more than 25 years of experience in the digital media business and has risen to become a leading global publishing partner. The Koch Media Group runs a multi-label strategy with fully owned publishing units such as Deep Silver, Milestone, Vertigo Games and Ravenscourt which publish games for consoles, PC and VR platforms across all physical and digital channels.