The stages of a film production are well determined. Development of games also follows the same process. Essentially, four main components are distinguished in game production, from concept development to post production stage.

The first stage is developing a unique concept or a simple idea indicating what the entire game will be about. A look at any modern 3D game will show the basic idea in its synopsis such as an adventure or action game where a fighter is controlled or developing the sequel to a common game. 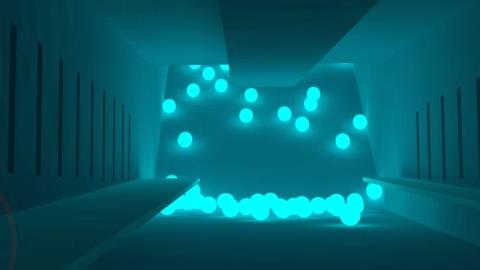 This stage has the different professionals involved coming together to come up with designs, storyboards and the storyline showing the goals of the game, mechanics of game play and level designs, among other things. The production team is limited by the kind of game under development and the computers being used. A game under development is based on a world known event or licensed product and the freedom of creation is restricted to what is acceptable within the known event or franchise. This means there are limitations on what the storyline can carry or what all characters can say.

It is also worth noting in pre-production real-life recreations should be done or simulated perfectly, where a Character such as Lionel Messi in a Computer game has to be copied closely by designers. Technical elements also have to be determined, such as engineers making up their mind on what happens once a key or button has been pressed. All the things appearing in the world of the game, the distinctions in interactions, scripted events including such intricate details as the way characters not controlled by the player reacts once the controlled player does something. It is a delicate level of production and has to be done in detail for artists and programmers to know the different things to be created and coded at the same time.

A schedule is created where the producer(s) ensures the entire team is working effectively and efficiently together, from artists to engineers and following the schedule to the letter all through the game’s development. This level also includes any issue of licensing that might occur on something the game will be using while ensuring the marketing department knows what to expect. This level includes creation of 3D where all the art and animations appearing in the game are made through Maya and other programs.  In case realistic movements are required, 3D animation takes place in this stage as well, to reflect the real world accurately. The programmers and their team are expected to come up with custom code while others are creating the 3D and 2D engine of the game. The different facets of the game are optimized to fit effectively on the hardware it is being made for.

This stage involves completion and testing of the Alpha version of the game by the test department to remove bugs while correcting glaring flaws. After the corrections are addressed the game’s beta version is made and the test department goes through it with hardcore testing taking place while minor or major bugs are noted for eventual fixing. This is also where the game is named.

After fixing bugs and all standards are met, the game’s final version is produced with consoles brought into the picture for production and testing. Game corrections also take place during this stage in case of lingering bugs before the distribution and manufacturing has taken place.

Mark is a civil engineer who now works as a interior designer. He loves to blogs in his free time. He occasionally uses Render-Online.com for rendering projects as it works out quite cost effective.