To end the year with something fun I decided to poll my writing staff here at DragonBlogger.com and ask them to share what was their favorite Movie and favorite game in 2012 so we could help compare and share our favorites with the readers.  Of course this articles is also really meant to learn more about what our readers favorites are?  Do you agree with PC Gamer naming Mass Effect 3 the best game of 2012 or Ars Technica listing Dishonored as the #1 game of 2012?  Or how about movies, what would be your favorite movie of 2012 damn what the critics say?

We kick off by listing the favorite games of 2012, while I personally can’t say I play a lot of games I tend to be very focused on RTS and MMO games.  I can say the best game that I played in 2012 was Guild Wars 2 and this is comparing it against many other games and MMO’s like Star Wars: The Old Republic and The Secret World which were both fun but are not as streamlined and don’t have the world events, dynamic leveling and skill factors which make Guild Wars 2 excellent.  Though some would complain about the mediocre single player story quest, it is the constant fun of finding new events to participate in, exploring, and just going around helping other players.  Few games I have played where if you are downed random people go out of their way to come over and heal you and get you back up and into the fight even when they aren’t in your party.

For me the game that really out shone all others was Borderlands 2. I had long awaited its arrival throughout the year and it really did captivate me with its cartoon styled graphics and its clever systems and not to mention its funny story line. I loved the idea of randomized loot and it made the game much more enjoyable when playing with my friends. The slot machine was a great feature as in those times when I had spare money I would go up and try my luck, it never got boring to use the slot machine. For all its worth the game always did cheer you up whether it was claptrap falling off the side of a building to blowing up many robots the game never did disappoint and that is why I would easily say it’s my favorite game of 2012. 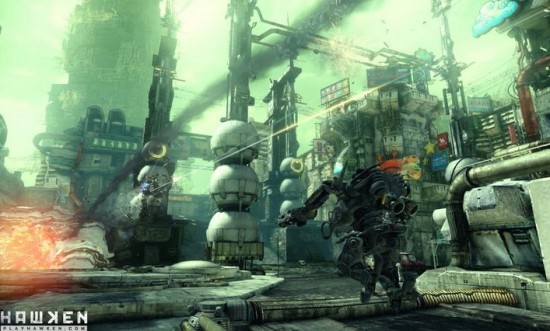 There were two standouts this year that I couldn’t bear to pick between.   First I will cover the indie RPG hit Torchlight II. In a year where marquee titles like Diablo III or Kingdoms of Amalur were getting the bulk of attention, TL2 made its way onto the scene quietly. Talk of it’s development was shared between the fans and soon curiosity began to build among the rest of the RPG community. On release day, fans and newcomers alike were treated to a top class RPG experience for a fraction of the cost. With a robust combat system, hours of dungeon spelunking, and a brilliantly handled drop in/drop out co-op system, TL2 earns it’s place in my mind as a game of the year.

Following close on TL2’s tail is yet another indie production known as HAWKEN.  HAWKEN, a twitch shooter that offers a new twist on mech warfare, is not officially released yet. What is offered at the moment is an open beta which is amazingly polished and has already built a community. Rather than provide you a pristine, cold, and slow moving tank to operate, HAWKEN throws you into the cockpit of a haphazardly put together mech that charges across the battlefield at terrifying speeds. Who wouldn’t get a thrill out of knowing that death is not only around the corner but can boost up to your side, kick your keister, and disappear a second later? The best part about all this is that the admission of entry to this FPS thrill ride is zip, zilch, and nada. 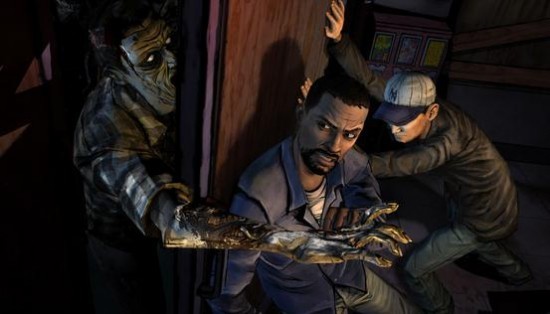 I loved The Walking Dead Game by TellTale.  It’s not action packed, it’s not full of zombies, it doesn’t even showcase the main characters from The Walking Dead show, but the writing… the writing and the story telling was exceptional.  As I played the game, I grew attached to the characters and that attachment influenced my decisions.  I’ll admit that when I first played it, I expected a zombie kill fest and when I realized that it would be more of a graphic novel type game, I was slightly disappointed.  But that disappointment quickly dissipated once I had to make that first tough decision.  This game not only had you making decisions on who lives or dies, but it tugs on your morality meter.  Would you make the choice of a saving a child over an adult during the zombie apocalypse?  Would you hand a gun over to someone that has been infected?  Will you deceive other survivors to help save yourself and your group?  The Walking Dead Game will put you in those positions and demand a response within seconds and those responses, though decisions, will be carried with you through the whole 5 episodes of season 1.  The Walking Dead Game took me on a path less traveled by games and gamers alike and let me tell you my friends, that path is one that you do not want to miss. 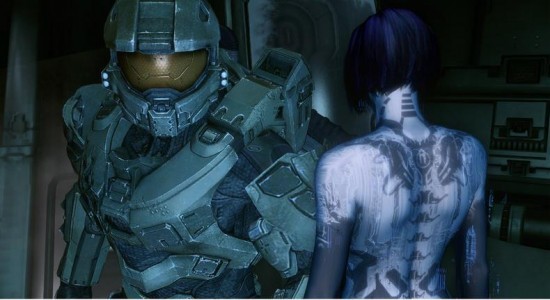 I really enjoyed Halo 4 by 343 Industries. Definitely one of the best multiplayer experiences I have ever had the joy of being a part of. Sure the masses enjoyed Black Ops 2, but for me I really had a lot more fun getting those random sticky grenade kills rather than have to worry about someone camping over and over again. However the best part about Halo 4 is that the multiplayer isn’t the only thing that shines about this game. We get to see one of the most iconic video game characters of all-time come back in the form of the Master Chief. The campaign in Halo 4 really lets you see the emotional side of our protagonist as well as just how deep the relationship between Master Chief and Cortana is. Also if you are looking for a game that doesn’t just give you the same multiplayer experience over and over again the Spartan Ops mode of Halo 4 will keep you busy over and over again. Up to four players can enjoy this weekly episodic experience that gives players the best of both worlds, story and multiplayer. So if you have yet to give this game a go what are you waiting for? Go grab it and be amazed with just how much 343 Industries has put into making the Halo series just that much better. 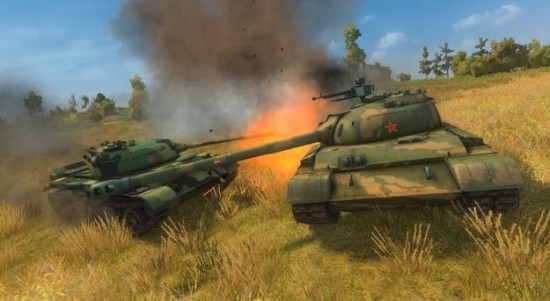 Although I started playing in the summer of 2011, World of Tanks has become my favorite game of 2012. 2 teams of 15 players face off, each in their own armored vehicle from the mid-1900’s, in order to capture the enemy base or destroy the other team before the timer runs out.  Honestly, I would not have expected myself to go for a ‘shooter’ game of any sort but it has caught and kept my interest all year with some amazing updates including a better physics engine and a whole lot of new tanks to try. Though World of Tanks is still in Beta (Running version 0.8.2), it’s winning awards left, right, and center, the most recent being the Golden Joystick Award for best MMO. 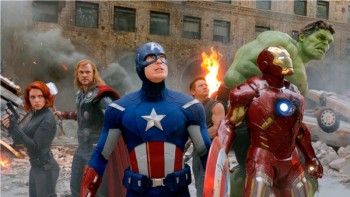 Okay, so it may not be the most deep movie but by far my favorite movie of 2012 would have to be The Avengers.  No single superhero film captured the essence of a team of highly powerful or skilled people (beings in the case of Thor) who reluctantly teamed up to prevent a greater threat to mankind.  No one superhero dominated the screen, each had a part to play and the presentation was both eye candy and entertainment for hours.  This was also the movie that got Hulk right and he some of the best scenes in the movie. 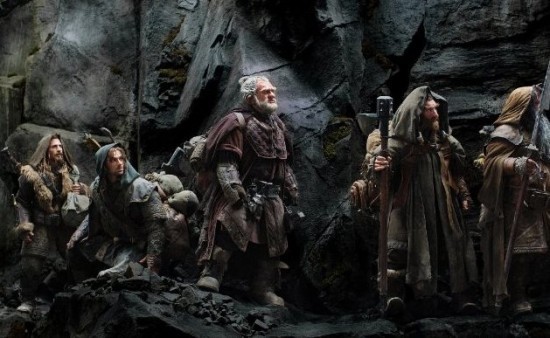 The Hobbit was in my opinion a brilliant film, the first of the trilogy set as the prequel to lord of the rings was in my eyes not a let down. It was directed well by Peter Jackson and featured an exciting and amusing story line. While it may have had a slow start the brilliant Computer Generated Imagery and effects showed just how advanced the film industry has gotten. It kept my attention through out and it left you gasping at the beautiful scenery and amazing work that had been put in to the film and for these reasons it will happily be my favorite movie for 2012, I would recommend fans of the Lord of rings series to see it.

Okay so there were a lot of great movies that came out last year, but to me the little kid inside of me couldn’t help but be completely overjoyed when Marvel’s The Avengers finally arrived in theaters. Directed by one of my favorite storytellers Joss Whedon this movie gives you everything you wanted to see in a comic book movie. There is plenty of action for everyone and although I was worried about how all of these amazing characters would be able to co-exist in a movie I was extremely happy with how the movie played out. The movie is very fun and is a great conclusion to how all the other superhero movies come together. Whedon does an excellent job of letting us see not only see their ego’s play out, but also gives us a chance to see their emotions come together as well. If you still have yet to see this movie I am begging you to go check it out. Trust me the little kid inside of you who loved comics will come back and remind you just how awesome these heroes really are.

Looking at the responses of the other writers, I see I’m not the only one who was won over by The Hobbit. The graphics were amazing and the 3D only helped immerse you more in the movie. The book has been my favorite since I was 5 and I was very happy to see that they included so much of the storyline. I was on the edge of my seat for much of the movie, knowing what was to come, but still curious and excited for it. I was hesitant regarding the length of the movie, but not once did I even check the time. Three hours passed by almost as though The Hobbit had simply been a regular-length, 90 minute, movie. By the end, I was left only wanting more. I eagerly away the second movie this year.

Wow, turns out that most of the dragonbloggers picked either The Avengers or The Hobbit as the top movie of 2012.

So fellow dragon blogger fans, what was your favorite game and/or movie of 2012 and why?  What are you looking forward to in 2013?