Stockholm, Sweden (August 9, 2017) – Prepare to fight dirty and dictate new world disorder with RAID: World War II as Starbreeze, Lion Game Lion and 505 Games today revealed release dates for the highly- anticipated shooter, starring John Cleese as the British intelligence officer Control. Coming to PC on September 26th and digital and physical retail formats of PlayStation®4 and Xbox One this October, the action-packed four-player cooperative first-person shooter is set during the terrifying time when the German war machine was tearing through Europe, and hope was in short supply. 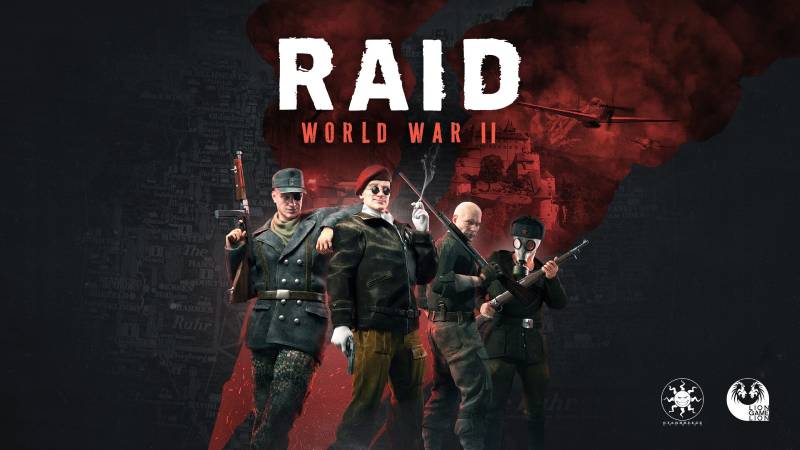 “The goal in RAID: World War II is simple – sabotage, assassinate and pulverize everything bearing a swastika – mess with Hitler and steal his treasures,” said Ilija Petrusic, Game Director at Lion Game Lion. “With the Nazi regime as the ultimate evil, RAID brings together four unique characters with playstyles that complement and enhance each other as they fight and steal across Europe.” 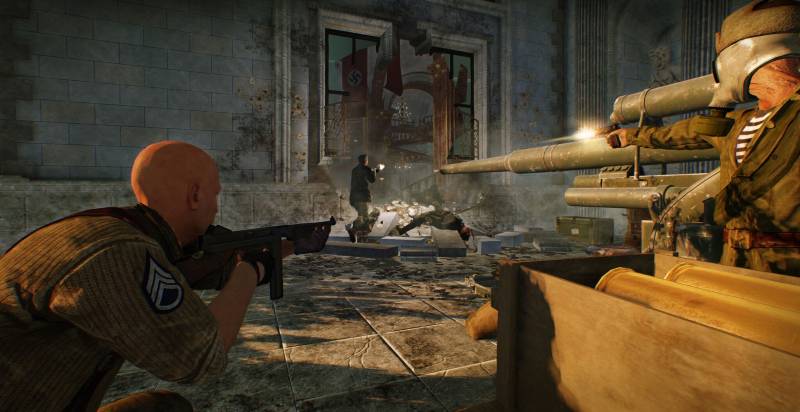 In RAID’s world-wide fight against evil, four prisoners of war are freed by an ominous secret British intelligence officer, “Mrs. White,” who needs to take down Hitler and his Third Reich once and for all. Players will utilize key game features to save Europe from the Nazi threat and get rich, including:

·       Class Based Gameplay – Players choose from four different classes – Recon, Assault, Insurgent, or Demolitions – each with their own highly developed skill tree that allows for various play styles;

·       War Cries – Each character class can unleash their own powerful War Cry to buff their player or the entire team;

·       Character Customisation – RAID’s four heroes represent the main combatants from the European theatre of WWII: Great Britain, USA, Germany and the Soviet Union. Each character possesses a unique look and a customisable uniform;

·       Lethal Weapon Modifications – the Second World War was infamous for arming the world with deadly and experimental weapons that went “bang” in lethal fashion. RAID: World War II gives players access to an array of precision killing machines complete with weapons upgrades such as custom barrels, stocks, fore grips, optic sights and much more to satisfy a variety tastes;

·       Challenge Cards – By participating and completing successful raids, players will earn Challenge Cards that allow them to customize the rules of a raid in a give-and-take fashion. For example, enemy ammo drops will increase, providing players with more ammunition to hold enemies at bay; however, the damage inflicted by enemies will be greater;

·       Real-World Locations – The game’s setting takes place in real-world locations across war-torn Europe. From mighty m dominating the heart of Berlin, to the idyllic bridge over the Elbe, players will travel through a war-torn Europe and bring destruction to Nazis in every corner of Hitler’s Reich.

The Reich will get hit hard and the personal riches of the Fuhrer will be stolen on PC September 26 and on PlayStation®4 and Xbox One Tuesday, Oct. 10 in North America, and Friday, Oct. 13 in Europe, Middle East and Asia. The game’s ESRB rating is pending. For more information, visit www.raidworldwar2.com.

Starbreeze has set out to develop truly immersive virtual reality (VR) experiences by integrating software and hardware in its StarVR® head mounted display, produced together with Acer. Together with wholly owned subsidiary Enterspace, Starbreeze further solidifies its presence in location based entertainment. StarVR can additionally be found at IMAX VR Centres in Los Angeles and New York.

Headquartered in Stockholm, Sweden, Starbreeze shares are listed on Nasdaq Stockholm First North Premier under the tickers STAR A and STAR B with the ISIN-codes SE0007158928 (A share) and SE0005992831 (B share). Remium Nordic is the company’s Certified Adviser.

505 Games has offices in California, United Kingdom, France, Germany, Italy, Spain and China. It works with a network of distribution and sub-licensing partners in all other markets. For more information on 505 Games and its products please visit www.505games.com.