So in my quest to find new people in the Tech, Gaming and Entertainment space I ran into a game developer/streamer who goes by the name Cosmocat.  I had never done an interview with an indie game developer before, though I have featured and reviewed many games.  So I was curious to learn more about the process, how they come up with idea’s for their indie game design and more.  Cosmocat is multi-talented and not only creates games, but is a musician, streamer and generally a very jack of all trades kind of guy. Here is our interview with Cosmocat and you can check out Cosmocat on Steam and check out their game Super Rocket Ride on itch.  One good thing about indie games is for the most part you can play them on any gaming PC you don’t need a high end gaming laptop with an advanced GPU which makes them more open and accessible to all.

Justin – Thank you for taking the time to commit to answering some questions for this interview, tell my readers about your self and your company and what you do.

Cosmocat – My name is Adam McLellan AKA Snug. I’m an independent musician and game developer based in Halifax, Nova Scotia, Canada, where I live with my wife and our two cats.

I’ve been interested in game development ever since our first family PC. Having grown up during the advent of the home console, and come of age during the era of “demoscene”, it all just felt so natural to me. Although game development remained a mere hobby for quite some time, I’ve gotten progressively more serious about it over the years, and in 2016 I released my first commercial game, Operation Hardcore.

Alongside game development I’ve also been advancing my music career. This has included regular releases, collaborations with other artists, scoring my own games, and most recently the release of a music licensing pack on the Unity Asset Store.

Currently I’m tackling my most ambitious game to date: TOXICANT, a rogue-lite survival horror. I’m really excited about this one as it’s a culmination of all the skills I’ve learned over the years and draws on many of my influences, including some of the darker ones.

Justin – So you do everything yourself for your games? Programming, Graphics, Music Scoring…etc?  Or do you outsource? How much do you leverage free asset packs in your games?

Cosmocat – I handle most of it myself, especially design, code and audio. I have teamed up with artists on a couple of my games, and I regularly commission artists for the things that are beyond my skill level (detailed art, character animation).

I have used some premade third-party assets in my games. I think they’re great for prototyping or kick-starting a project, but with the caveat that you run the risk of “cheapening” your game if you don’t take the time to make your art style cohesive. Generally when using third-party assets I’m either choosing ones with a very specific style, or I’m reskinning them to match my own. 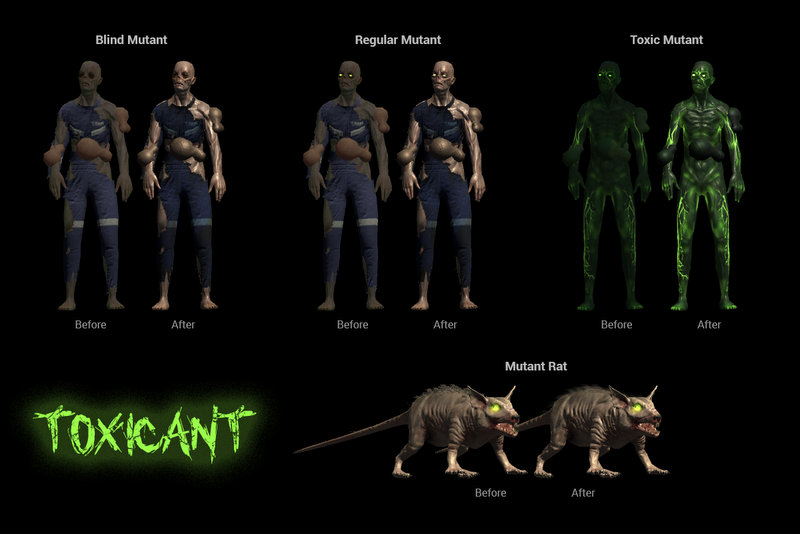 Justin – Why did you decide to list your most recent game in Itch instead of Steam?  What benefits can other aspiring indie devs get from using Itch and what do you recommend about them?

Cosmocat – It was really just an experiment to understand the viability of Itch for what I do. The thinking was to use Itch for alpha/early access, and then move to Steam for full release. While I do like the Patreon integration and will continue to use it for future games, other aspects have been challenging, including visibility, handling key requests, etc. It’s a bit unfortunate, because there are no doubt some really great indie gems on Itch, but it just goes to show the extent of Steam’s stranglehold on the ecosystem.

Based on this experience I’ll likely jump right to Steam in the future, and use Itch for patron access and as a secondary marketplace.

Justin – How do you come up with an idea for a game?  What do you use for storyboarding?

Cosmocat – It varies from game to game, but most often it stems from some source of inspiration, whether another game, movie, etc. I would say most of my games draw on numerous influences, and in many cases, attempt to combine them in interesting and unique ways. For example, TOXICANT draws on influences like Spelunky (randomness), Fallout (underground ambience), and Outlast (hide-and-seek and run-for-your-life moments).

I don’t do much in terms of storyboarding–generally I like to jump into prototyping as quickly as possible–but occasionally I will sketch something on the iPad, or fervently brainstorm ideas in Evernote. 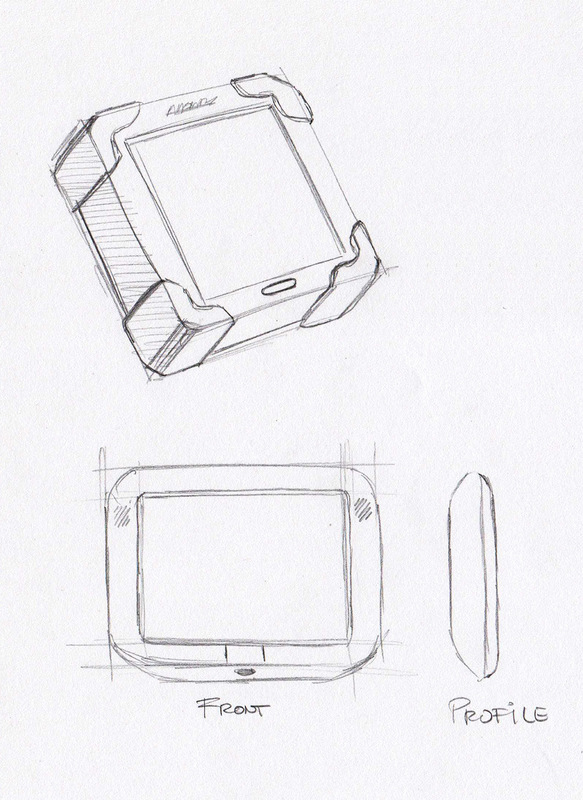 Justin – How do you handle beta testing and finding bugs in your games?

Cosmocat – I generally do most of my own testing, though I have contracted it out on occasion, especially when I’ve got a lot on the go. I always try to include at least one official beta test in my dev cycle, but this is less about finding bugs and more about validating that I’ve got something interesting. That said, I always try to make it very easy for players to contact me, especially during alphas or early access. I don’t want players to feel like it’s ever a chore to share feedback, report bugs, etc. Lately I’ve been trying to drive folks to the Discord; this is definitely my preference for keeping in touch because it’s unobtrusive, informal, and personal. At the end of the day I’m really setting out to offer experiences, and I don’t believe that should stop when the game is over. 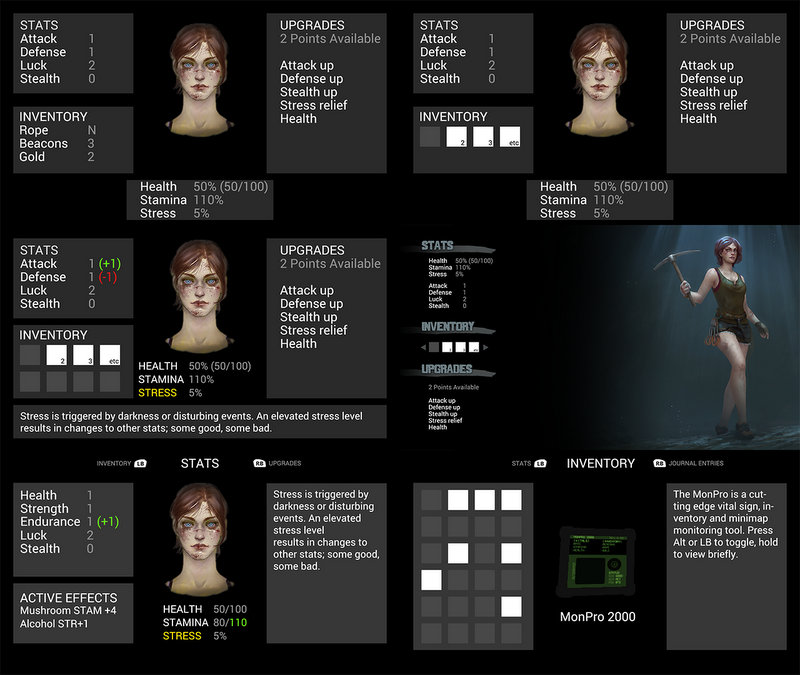 Justin – What is your favorite aspect of game design and creation?

Cosmocat – I know it’s kind of a broad answer but I would say: creating ambience. Like the combination of audio, lighting, particles, post-processing, etc. that really makes an environment come alive. It’s amazing how sometimes this stuff can even overpower the art, like you could have the most simplistic environment art, yet really convey a strong sense of space through sound and visual effects alone.

Justin – How difficult do you find it to market your games and get them noticed?  Is one store more effective than another, any social media channels more effective for you?

Cosmocat – This has been my number one challenge, and I suspect that’s the case for most small devs. I am trying (though not always succeeding) at spending at least half of my time (and/or budget) on marketing. I believe this is the kind of investment that is truly required to get your game noticed, assuming all the other obvious conditions are met (unique concept, fun game, good presentation, minimal bugs, etc.).

I can’t say that one channel has been more effective than another, likely it’s more a sum of all parts kind of thing. Personally, I prefer the more informal channels, like Discord, where I can chat directly with players, though this has somewhat shifted the problem from marketing my games to marketing my Discord, so I need to be careful not to put all my eggs in one basket.

Justin – What are your thoughts on monetization of games with in-game transactions, DLC, subscriptions…etc..  Where do you think it works, doesn’t work…etc?

Cosmocat – I’m personally not a fan of the freemium/micro-transaction model but I can certainly see the appeal, especially from a publisher’s standpoint. I think where it starts to get complicated is when you look at the level of analytics and tracking that’s being used, and the targeting that’s being done, i.e. whale chasing. I think it potentially crosses over into some addiction territory for some, and that’s unfortunate.

I do like the DLC model as it’s more finite, and the subscription model certainly makes sense for things that have a recurring cost for the developer and offering recurring value to the consumer (online services, for example).

I have not personally explored any of these models in my games, but if I were going to, it would likely be something like DLC or episodic content.

Justin – Break out the development process a bit, how many months/years does it take you to bring an indie game from concept to completion?  And go throughout the stages, which do you start with…etc

Cosmocat – Everything always starts with a prototype. Often this is something crude; ugly placeholder art, no sound FX, no animations, etc. This allows me to quickly (and cheaply) test the concept and see what works and what doesn’t, without worrying too much about presentation. 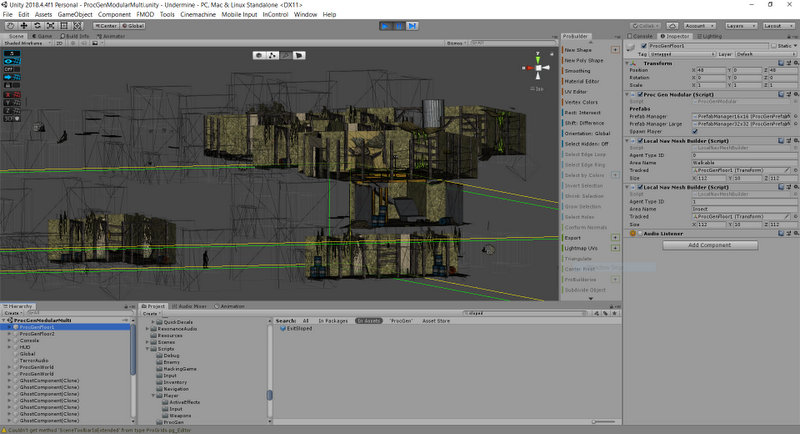 Beyond that, it’s just a matter of iterating. The bigger or more complicated the game, the more iterations it undergoes. This includes my designs: there is almost always a core high-level design or vision that stays there from start to finish, but many aspects get worked and reworked multiple times through the course of development.

I like to playtest as early as possible, though in the early stages this usually just with friends or patrons. Later in the development cycle I’ll do more formal playtests by reaching out to prospective players and offering a key in exchange for their time. My formal playtests always include a post-play survey, where I try to capture very specific feedback.

I’ve completed games in as short as a few months, and up to a few years for more ambitious ones.

I encourage all my fans to check out Cosmocat on all their various social sites and game stores:

Justin – Thank you so much for the interview and sharing what it’s like to be a game dev and the process behind making games, Toxicant looks like it is shaping up well and I love the concept and atmosphere so far.  Fans, you can check out the Cosmocat Complete Bundle here on Steam to see what they are about and support this great indie Dev!