I tend to like turn based strategy games but few games that are as simplistic as Robotek hold my interest for as long as this game has.  Robotek is a free iPad game that has paid features if you want to skip all the time you need to invest and power up quickly.  I took this game from beginning to the final battles however without paying a dime other than investing my time. 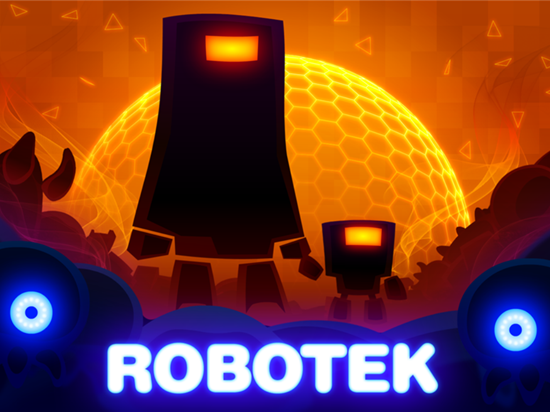 In Robotek the world is collapsed and mainframes run the cities, you play a sole mainframe (the good one) attempting to destroy other mainframes, I assume on behalf of humanity.  The story is a little fuzzy and most mainframes have a funny little story and blurb while others have no written information about their history at all. 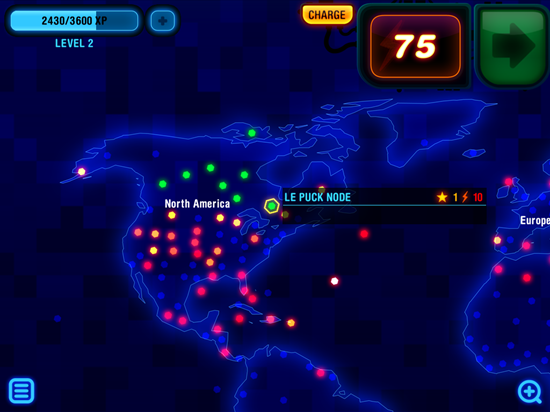 In Robotek you are presented with a map of the world, and all the nodes you can select and battle against.  Each note has 2 indicators, a star which is the level of the mainframe guarding that node and a power rating which is how much power you will win if you beat the node, or lose if you fail an die. 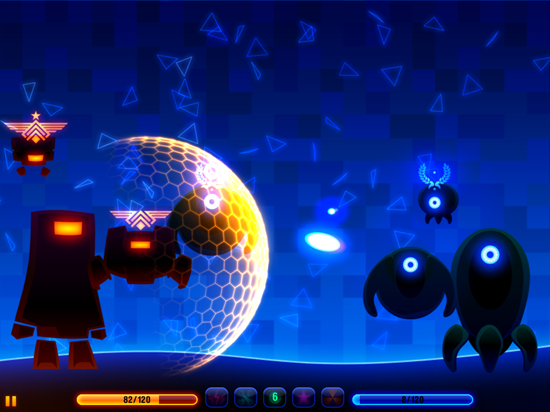 Battles are purely strategic with a lot of luck, you have a slot machine where you can choose between 3 tabs (summon robots, tech, or direct fire).  There are 3 different types of robots you can summon.

Drone is your aerial bot that hovers at the top of your mainframe, this bot fires 4-6 shots that do a little damage and has more health than the Droid but less than the Tankbot.

The Tankbot is your basic defense and has a lot of hit points but does little attack damage, he absorbs quite a bit of punishment to help avoid your mainframe taking the damage directly.

The Droid is your most powerful offensive robot you can summon, he does the most amount of damage with a single shot but has the lowest amount of hitpoints. 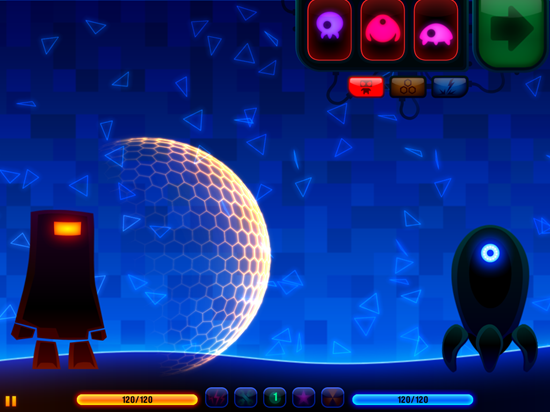 So the strategy behind combat is pretty simple, you summon robots, direct assault, put up shields and try to damage your opponent’s mainframe all while trying to avoid taking damage to your own mainframe.

There are “levels” for each ability based on how many you roll in the slots, 3 Shield Symbols will give you an ultimate Shield with more hit points than a level 2 or level 1 shield.  Robots themselves gain experience based on the amount of damage they do and when they “Level Up” they restore hit points to full and do more damage.

You also gain experience from combat and when your mainframe gains enough to go up a level this increases your hit points and gives you tokens to improve your abilities.

Battles are fun, fast paced and incredibly simplistic but Robotek is a fun ride and doesn’t get old as you cheer one minute you are hacking an enemies hero Tankbot to jeer when the enemy steals him back from you.