It’s incredibly convenient to have wireless digital security cameras in your home or business to help keep an eye on things remotely or to keep a record of events in case you need to provide evidence of wrongdoing at some point in the future. 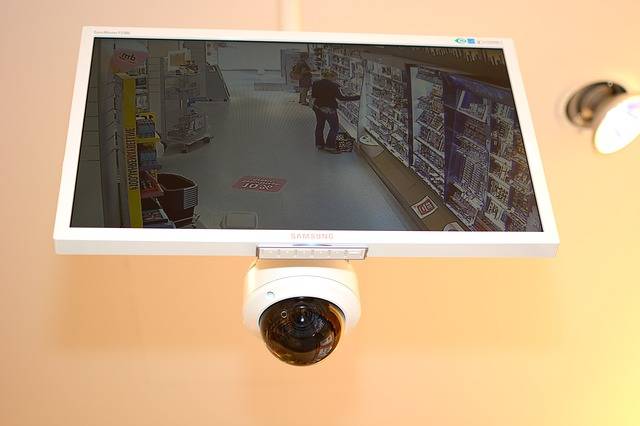 The quality of the imagery and sound is also improving all the time. These days it’s not strange to see IP cameras that record at HD quality and can clearly show details that CCTV or earlier IP camera generations could only dream of.

The problem is that with more details comes greater bandwidth and storage needs. If you have multiple cameras you can quickly overwhelm your WiFi router’s available bandwidth and if you want to store a significant amount of footage, multiple feeds can fill up any drive in short order. So what can you do to make the size of your footage more manageable?

The answer lies in video compression and the various settings that go with it. Even the best wifi camera you can buy won’t mean much if you get the compression settings wrong. Let’s have a look at the nuts and bolts of this technology.

What Exactly is It?

In traditional film video the camera takes multiple still images in rapid succession which are then played back to create the illusion of motion. You can achieve the same thing with digital video, by taking multiple still frames with a digital camera sensor.The problem is that a typical video requires between 23 and 60 frames for each second of footage.

If you are taking high-quality stills where every pixel captures a piece of information from the scene, the size of the footage can be enormous. This “raw” video is humongous, but we don’t need every picture to contain all the detail. “Compression” include all the methods in data storage that reduce the amount of data you need to store things. Often this means losing some details too, but the lost details are hard or impossible to notice. MP3 technology, for example, cut out frequencies in the music which humans can’t hear anyway. The harder you push the compression however, the worse the quality gets.

Let’s look at the factors that, in combination with video compression, determine how big the final file size for footage will be.

Some cameras let you choose between different compression standards. This is not always the case, but when you have the choice you should choose the one that gives the best balance between quality and file size. A good general choice is a standard called h.264. It’s widely used for HD footage, but works well for IP security camera footage because the frame is generally almost entirely static most of the time. The less motion in the footage, the less space it will take up.

The resolution of the video simply refers to the number of individual square dots that make up the picture grid. These dots are called pixels and every screen you see these days has a fairly high resolution. When it comes to televisions you may have heard of Full HD and HD-Ready units. A Full HD television has a grid of pictures 1920×1080 pixels in size. HD Ready pictures clock in at 1280×720. If you want to make full use of such a TV, you need to give it footage that meets or exceeds the resolution of the display.

A higher resolution also means bigger videos, so setting your IP camera to record or monitor at a resolution less than its maximum is a great strategy to cut down on footage size. Take test footage at each resolution the camera supports and then compare the footage for the sweet spot between quality and file size.

Most IP cameras have microphones and can record sound in addition to video. That can be a useful feature, but audio is another element of the recording that takes up space. So if you have cameras that don’t need sound, switch it off!

Remember when I said typical videos need between 23 and 60 frames a second? Well that’s true for movies and GoPro videos of you crashing a bicycle, but security footage can get away with less.

If your camera allows you to lower the frame rate, experiment with lower settings. You may find a number such as 15fps or even less will do the job. After all, you aren’t trying to make the next Oscar winner here.

Many cameras offer the option to only start recording if something in the frame moves. This is a great way to save on footage size and it means you don’t need to slog through hours of recordings in order to find the event that you’re looking for.

Depending on the monitoring software that you’re using, it may be possible to record your various cameras into one video stream. In other words, you may have four camera frames taking up a quarter of one full video frame. Similar to using the picture-in-picture feature some televisions have.

This means taking up only the space used by one video stream, but having recordings of multiple streams. It’s much more efficient. Just test it out to make sure each camera’s imagery is still clear enough.

If you fine-tune the settings on your IP cameras just right, you’ll never have to worry about running out of space again. It also means that when you have to archive footage to an external disc or onto other physical media, you’ll also save money, since you won’t need that many archival discs.

In the end, when you archive footage you can decide to convert it at a higher compression level to save more space too. There are many ways to save on those previous megabytes.

Kostas Chiotis is a technology enthusiast, a constant fiddler of knobs and prolific blogger. You should have a look at his blog at Techisignals.com and consider following him on Facebook and Twitter

Image is Public Domain via Pixabay