So just in the past weekend my Mother in Law had a crisis where her iPhone wouldn’t charge at her apartment and she called me to figure out what to do with her battery down near 5% and nothing she could do would get her iPhone to start charging.   Before I advised her to take her phone for mobile phone repair I advised her on some tips to try and help isolate if the problem was actually with her iPhone itself or something else.  These general tips are for the iPhone but you could apply them to any smart phone that isn’t charging as they are generic tips that you should try and any device that plugs in to charge should be checked. 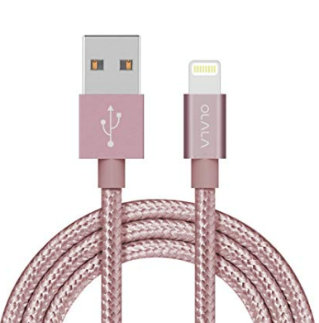 I have had numerous charging cables themselves go bad over the years, sometimes the wires crimp or the wires in the plug head get disconnected or damaged.  You end up with total death where you simply don’t see a charge symbol on your phone at all, to seeing a charge symbol appear and then disappear or intermittently appear and vanish depending on if you wiggle the cord.  Cheap budget USB charging cables are especially prone to breaking quickly.  In fact I told my mother in law to check another cable so she proceeded to the nearest store and bought a cheap flat iPhone lightning cable and this cable didn’t work and wouldn’t charge as well.   So it was on to the next step to try and fix her iPhone that wouldn’t charge.

Check Your Adapter or Charging Source

My mother in law collects many things and I asked her to check the adapter being plugged into the wall and find another adapter or see if a power bank was charging her phone.  As it turns out she was using an old LG charger which only had .03A output and was not capable of delivering enough power to her phone.  I didn’t realize this until later on, but eventually she had to bring everything over to my house and I was all ready to take her to the Apple store when I realized she had both a bad cable and was using an incorrect power adapter to charge her iPhone.  So in her case it was both of these items combined.

Use an compressed air can or a cleaning swap (electronics cleanser) and clean the input port, maybe you spilled a beverage and some liquid got inside the charging port and was messing up the contacts or maybe there was some dirt/dust or debris not allowing the plug to make a good connection.  When you plug the lightning cable in, wiggle it ever so slightly and see if it feels firm, or does it feel like something is disconnected and it is too lose.  I rarely see iPhone problems where the plug itself has disconnected inside the device but this is a very common problem with microUSB tablets like the Kindle Fire where often the plug source is broken on the tablet.

Hard Reboot Your Device – Power Off and On

Even with my iPhone on occasion it gets stuck where it can’t recognize a power source, sometimes it takes a hard reboot of your phone and holding the power off and sliding to have a full power off and restart.  This is a good option and has more than once saved my Kindle Fire HDX from being thrown in the trash, when it turns out it was just hung or some process wasn’t actively allowing it to acknowledge to start charging.  Sometimes a reboot is just the simply trick you need to get your device to wake up and start charging again.

Last item to check is to determine if it is charging or true port death, try with a PC to see if when you use the USB cable the PC whether it is iTunes or anything recognizes the device and tries to connect to it.  If you literally get no acknowledgement that the device is connected and the cable has been replaced with alternate one checked, then likely the device itself does indeed have something wrong with the port and you will have to take your mobile phone to be repaired.