So I got the chance to use the NexiGo N600P 1080p autofocus webcam for a few weeks and compare it to other webcams to see where I rank it.  The NexiGo N660P is a 1080p webcam that has autofocus and auto-white balance and auto exposure control.   This allows it to operate and record or stream you in various lighting situations and in theory should perform better in poorer light than other webcams.  The NexiGo N660P webcam also has dual stereo microphones to help reduce background noise and make sure you are heard more clearly as well. 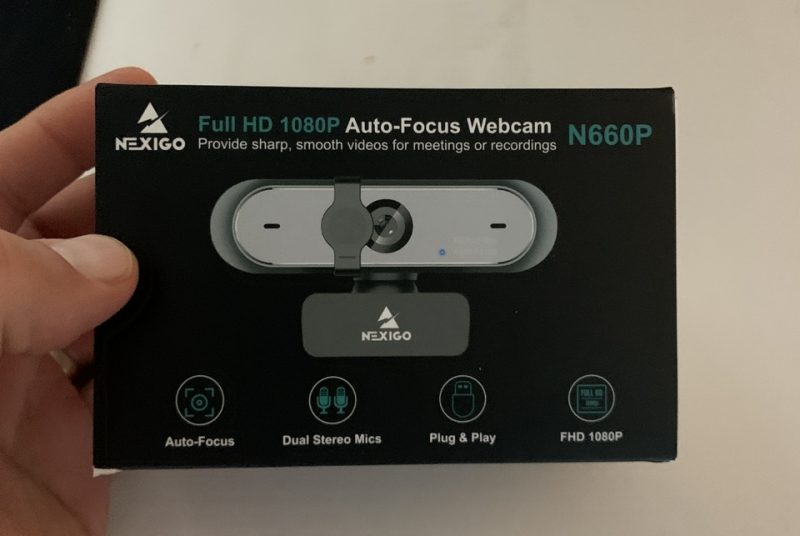 There is no mini-tripod in the box, but the NexiGo webcam does have a 1/4″ mount thread on the bottom so you can screw it in on any standard tripod, or just use the monitor mount and make it attach to the top of your laptop lid or monitor which is what I did for this testing.  The webcam does have 360 degree rotation so if it isn’t placed dead center of your monitor or webcam you don’t have to worry just rotate it to get the angle you want.  It records or streams in 60fps at 1080p which makes the video clearer than 30fps and it is noticeably better than your standard 1080p30 webcams when testing.  You get a 90 degree viewing angle which is ideal for doing Zoom meetings or single person web chats, but if you want to have multiple people behind the camera side by side or do product reviews and need a wider angle this isn’t going to give you that option nor is it designed to be a wide angle webcam though.

I really like that the NexiGo N660P comes with a built in sliding privacy shutter, everyone should be closing their webcam covers or unplugging their webcams when not in use for security reasons and it is easier and less risk to the ports when you can just slide a shutter closed, though it doesn’t prevent the mic from being active even if it can’t record video.  So remember even if you close a privacy shutter, the mic could still be live and recording.  It comes with a 6.5′ cable which is long enough to reach even computers tucked away under your desk while it is mounted on a 32″ monitor, you won’t likely need a USB cable extender here.

The webcam from NexiGo is 100% plug n play, there is no special software or drivers needed and it is compatible with Windows XP – Windows 10, Mac OS 10.6, Chrome OS, Ubuntu….etc. 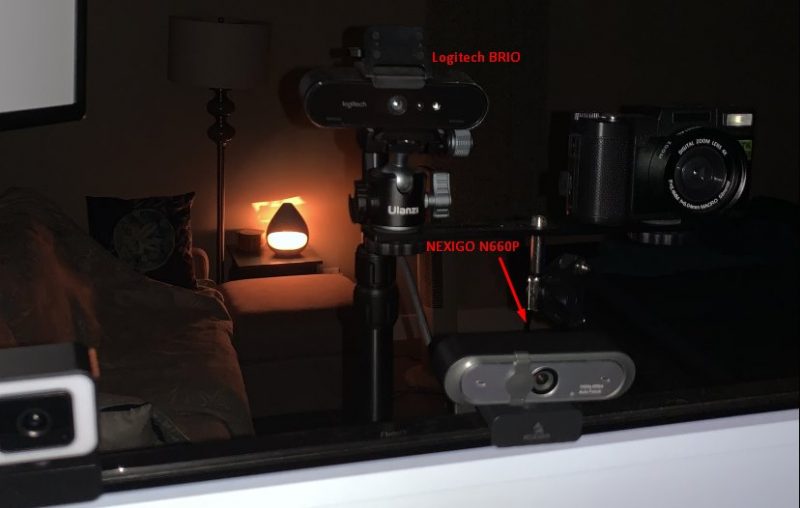 It is virtually the same size and dimensions as the Logitech BRIO and I put it up against 4 other camera’s while testing as you can see in the above picture.  But written and pictures alone won’t really show you the quality of the webcam, so watch the unboxing and video review below to see how the video actually looks and the mic actually sounds on the NexiGo N660P webcam.

Watch the Unboxing and Test of the NexiGo N660P Webcam

So I will say without a doubt the auto-focus is pretty fast and responsive, in fact the autofocus on the NexiGo N660P is faster than the Logitech BRIO, the image quality is really good when there is decent light and better than the Logitech BRIO when there is low light, though the 1080p image resolution isn’t as good as the 4k on the BRIO, and the microphone isn’t as good the fact that it is decent is a plus, because most webcam’s have awful microphones and this one was decent and not unusable like some are.  I think the NexiGo N660p is a good choice for people looking to do Discord video calls, Zoom meetings, or even if you want to do YouTube or Twitch live streaming, the webcam should be more than sufficient and I put it right up there against the Logitech C922x as a great alternative option.

Most impressive to me is how responsive the autofocus is however, just seems faster and better than most Logitech camera’s and the fact that the microphone does have good sound pick up, with tuning say with Nvidia Broadcast software or another noise removal engine you really could make this mic more than sufficient for most purposes and save yourself the hassle of having to buy a separate USB mic.   NexiGo also makes a 4k webcam called the N950 Pro which I really want to get my hands on to review next to have a direct 4k to 4k comparison in webcams.