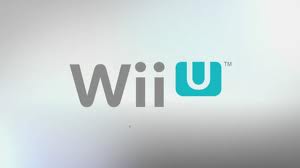 Hey there.  E3 is upon us!  With all the awesome gaming industry news aflutter, it’s tough to stay on top of everything going on!  Press conferences, breaking news, new video game trailers.  It’s a great time to be a video game enthusiast!  All 3 major players in the gaming market are bringing their best foot forward in an attempt to outshine each other.  Microsoft, Sony, and Nintendo all have the stage and Nintendo was up first on the first day of E3.

Nintendo’s most anticipated announcement finally came.  The Internet has been filled with rumors and speculation of “Project Cafe” or “Wii 2″ and have been buzzing about what Nintendo will bring to the table.  Will they continue to captivate the family market?  Will they finally branch off and acquire some of the hard core gamers?  Will they incorporate some of the free range motion technology that Microsoft is trying to perfect?  Today, Nintendo proudly announced the latest in their family: Wii U.

The Wii U has officially been named the Wii’s successor.  Nintendo showcased the innovative Wii U controller which has a 6 inch HD screen built into it, a camera, a microphone, a rumble feature, and a gyroscope and accelerometer .  The control buttons include 2 analog sticks, a D pad, 4 standard buttons, and 2 sets of bumper/trigger buttons.  The head of Nintendo, Saturo Iwata, stated that Nintendo was looking for something that would satisfy both hard core gamers and the casual fan and made true his statement of looking for something “deeper and wider”.

Now… the control itself is pretty bulky.  If there is a 6 six screen in the controller you will be holding on to something that’s a little on the big side.  And because the controller has a built in screen, it is possible to play the Wii U without a television.  Now this can be quite useful.  How many times have you, or your kid, have wanted to play games but someone is already watching TV?  It happens almost on a daily basis in my home, lol, so being able to enjoy console games on the remote control is pretty cool.  Another thing that seems promising is the addition of third party gaming.  This is geared towards the hard core gamers.  If you have kids and are pressed to purchase a more family friendly console but love the titles that are available on the PS3 or Xbox 360, the Wii U may be more up your alley.  You can purchase the “kid” games and still have more “adult” games for the hard core gamer in you.  I’m not exactly sure how that will work or how you would be able to purchase that content but word on the street is that it has raised some eyebrows and interest.

Lastly, the Wii U will be backward compatible.  You will definitely be able to play Wii games and use the Wii remotes with the Wii U.  This is great and is always welcomed, if not wanted, from a new console.  It’s can be quite pricey to have to buy a whole new set of controllers for a new system and then have to swap them with the older ones when you’re switching between consoles.  If I can play my old games on my new system, I will forever be happy.

Now some personal thoughts on the Wii U.  While most of the features are innovative and the addition of third party gaming is intriguing, I must say that I am disappointed with the announcement.  E3 sets the stage to announce bigger, better things for the gaming community.  While many of the games are beautifully crafted, I was expecting Nintendo to step ahead and enhance my gaming experience.  Sony stepped up and is offering a 3D TV gaming bundle, Microsoft is venturing forward with their Kinect and free range motion capture technology, and Nintendo… well… what did you do Nintendo?  You didn’t really do much of anything.  The controller is bulky and I’ll assume that it’s heavy.  I just don’t see how anyone will feel comfortable holding the thing.  And if it’s not a portable gaming device, why add the screen?  You know… Dreamcast had a small screen on their remote (which was also bulky by the way) and look where that landed them.  It would be a shame if Nintendo’s Wii U suffers a similar fate because the gamers are just not comfortable with it.  Now, think of their bread and butter system…  The Nintendo DS.  That’s the perfect size for small and big hands.  Now imagine a child holding this 7+ inch wide remote?  I really believe that Nintendo could have done better with their console.  They could have pushed the envelope with advance technology but the Wii U is not really showing anyone anything that they haven’t seen before.  What are your thoughts on Nintendo’s announcement of the Wii U?  Crash and burn?  Or inspiring and thought provoking?  Later!