For those who don’t know what a phone battery case is, I will explain.  A Battery case is a case for your mobile phone that also has a built-in external battery pack into it.  This is basically a case that adds thickness and length to your phone because it has to store the battery somewhere.  Typically these cases can be sturdy enough to add bumper protection and you can get them in a variety of colors.  For this review, I was sent the Olala iPhone 6 Battery case and will share with you how the case works and my thoughts.

So this specific case is only for the iPhone 6 or 6S which have the same dimensions.  The case itself comes in either black or white colors but I received the white one to review.  White matches the color scheme of my office, but naturally can tend to show dirt easily though I found it wasn’t too bad as far as keeping clean. 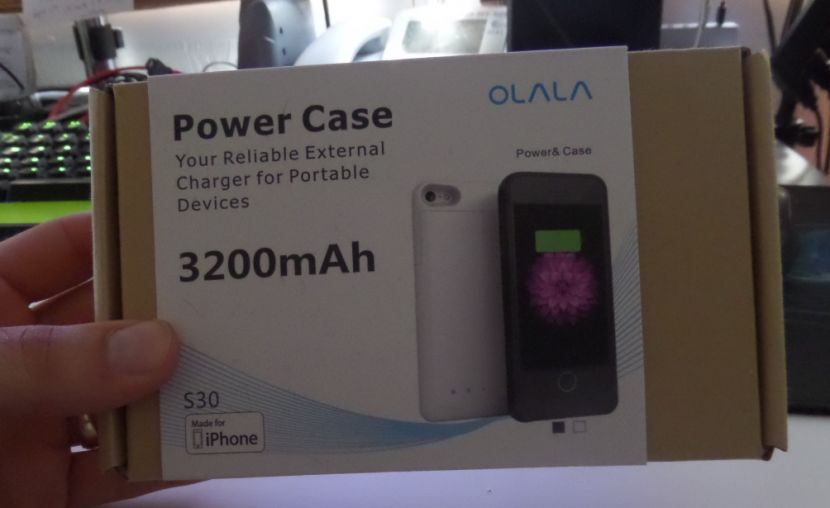 The Olala case includes a MicroUSB cable for charging the case (and phone in the case), plus a headset jack extender since there is a larger gap from the headset port because of the case being over it.  I recommend just using Bluetooth headset if you are using this Olala iPhone 6 Case. 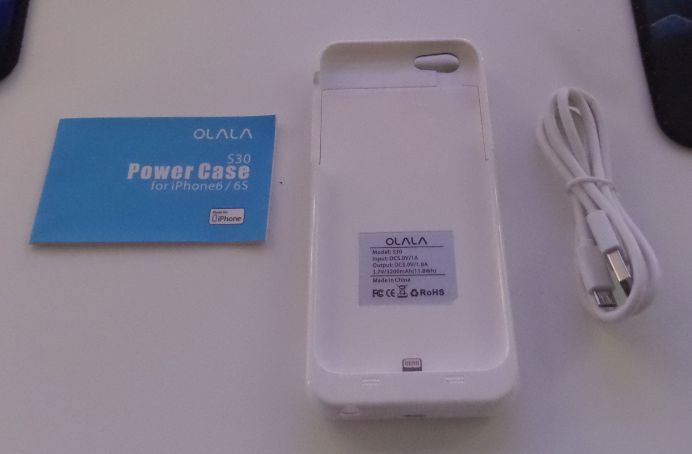 Putting this case on your phone is quite simple, you simply slide off the top of the case and then slide your phone into the case and slide the top back on.  The case is even or flat with the phone screen, so while you will get side and rear protection for your phone, the front screen is as exposed as if you weren’t using a case at all and keep that in mind that you won’t get protection for your screen with this case.  The case is a hard shell case that isn’t too thick and doesn’t add too much length to your phone compared to some I have reviewed, it features the proper holes for your camera, and gap for reaching your volume buttons and silent switch, but they are slightly obstructed by the case side. 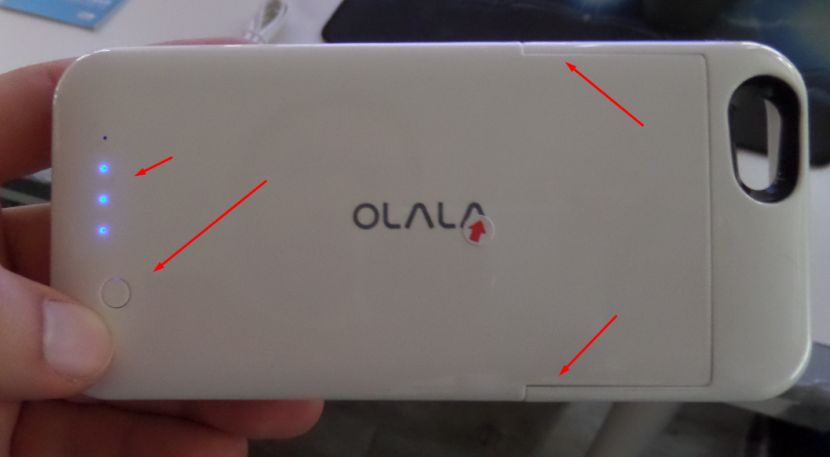 On the back of the case is a power button and 4 LED indicator lights, the power button will turn on the case and cause it to start charging your phone.  While the case is on it will start charging your phone even while your phone is in active use and it can charge your phone while you are talking on it or playing games.  If you have your phone at 100% and turn it on, in practice it makes it so your phone almost never drains battery for a long period of time.  Hours, I played Pokemon GO for hours on this phone case specifically doubled the amount of Pokemon GO time I could play outside when used with my phone.

The other thing to note about the case is that if you still used a wired headset or headphones, the extender adapter is needed.  Because the case is longer on the bottom, it makes it virtually impossible for you to reach and plugin a headset/headphone into the jack on the iPhone.  It is rather inconvenient to have to have this floppy extender with you at all times and use it, so as I mentioned elsewhere you really should be using Bluetooth devices if you plan on using this case due to the headset jack extender cable requirement.

In the video I misspoke a little about the speakers, the Olala case redirects sound from the iPhone 6 speakers through the grill holes in the Olala case.  It doesn’t have a speaker in it, I also left out the part where the Olala case will charge with the phone in there but the phone charges first, then when the phone is 100% charged the case will start charging.  If you want the case to charge at the same time as the phone you will need to charge case separately.