Everyone surely has heard of Pokemon GO by now. Pokemon GO took the world by storm back in the summer of 2016 and it has been going strong even to this day. AR Games are not just the future anymore, they are here and they are here to stay. Even Virtual Reality has become something that I thought would never be as popular as it is now with Sony and their PlayStation VR giving some outstanding experiences as well as HTC and the Vive as well as the Oculus Rift. Virtual and Augmented Reality has come such a long way. Ingress was one of the very first AR games to take over and its success has seen millions of people play. There is some upcoming Augmented Reality that I am especially looking forward and one of these is bound to get you excited and intrigued as well. Let’s take a look at these games together and see just how exciting Augmented Reality really is. 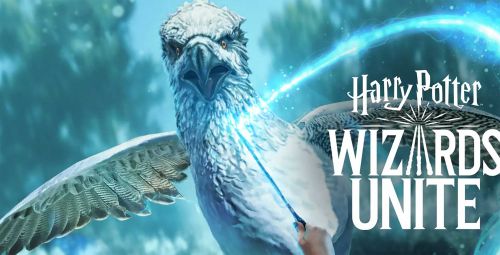 As far as upcoming Augmented Reality games go, Harry Potter Wizards Unite is the game that I am looking the most forward to. Created by the same developer as Pokemon GO, Wizards Unite is a game that puts the wand in your hand as you will travel in search of other wizards that will help you and take you to real-life locations in search of places called “Foundables” places that will have you teaming up with fellow wizards and witches to take down powerful foes. Along the way, you will earn items and even learn new spells along the way. There will be inns that will help you replenish your Spell Energy, much like the Pokemon Centers in GO that help replenish your items as well. Published by Warner Bros, Harry Potter Wizards Unite is set to release sometime this summer and is certain to be the newest craze that will have people gathering all over various places around the world.

When it comes to movie licenses, Ghostbusters has had its fair share of ups and downs as far as video games are concerned. Ghostbusters World is the latest Ghostbuster game that makes use of the license to create an AR based game that will have you creating your own ghostbuster to suit up and take on ghosts in the real world. Ghostbusters World has its own story progression system by having you travel to various real-world places to take on ghosts as well as team up with other busters for some pretty incredible boss raids. The game features PvP by having you be able to create your own team and take on other busters around the world. You can even check into Dimensional Doors that upon visiting, provide you with tools and items to help you take down some ghosts. Busting definitely feels good when playing in AR.

The Walking Dead: Our World 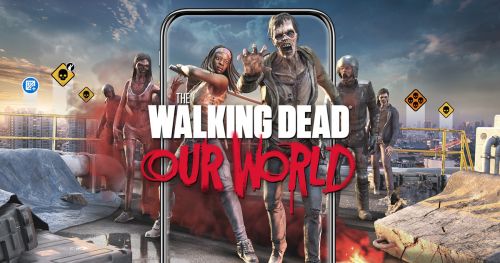 This particular version of The Walking Dead is an Augmented Reality game based on the AMC show. You will be teaming up with other players to take on walkers and hordes of flesh-eating enemies whether it be out in the park or even in the comfort of your own home. The game also features the ability to team up with your favorite characters in the AMC Walking Dead universe to take on the walker horde by helping you by way of providing items to take on tons of dangerous enemies. Our World also features a season mode that has you vying for the lead to be one of the most famous walker hunters out there.

Yet another one of the most highly anticipated Augmented Reality games coming out this summer, Minecraft Earth has you playing with others and building creations in your own backyard, making buildings in the corner of your room or even heading to your local park and teaming up with other players and building your own cities, together. This is one game that I am also very excited about and cannot wait to check out. Now, I am not going to sit here and tell you that I play a ton of Minecraft, but I will say that if I can play Minecraft with others, in person, I will be much more likely to share that experience with others as well as being able to plan to build and even visit other people’s creations. What I am looking forward to the most is being able to walk around and venture into my local community to find out just how creative people are when it comes to what they build. I myself am not that creative when it comes to building, but maybe, just maybe, Minecraft Earth can help me become a much more creative builder and others can teach me how I can be creative myself. 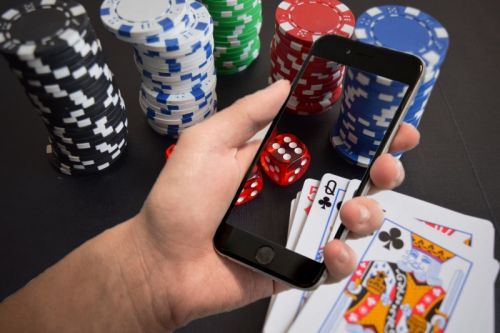 Augmented Reality comes in a number of forms even in such as that of an Online Casino. Imagine if you will, being able to go to your local market or even your local park and having the ability to walk up and play at a poker table in a half circle with four other people or even being able to stand amongst others in an AR Casino and play slot machines. Being able to participate in an online casino with others without ever having to actually visit a casino. Granted of course this would most likely not be for real money, but still being able to experience this type of casino with others makes for a very interesting and fun social experience. Being able to make gambling for fun in a way unlike any other is truly something that would almost certainly replicate going to an actual casino and being able to enjoy games like poker, roulette, craps and slots without all the setup or things getting in your way.

What really gets me excited about Augmented Reality is getting people out of their house and exercising or meeting up in a social environment. I am most definitely all for people playing together and not just in an online space behind our smart devices, but also being able to meet people in real life and make connections with others while sharing something we all enjoy together. I have always preferred face-to-face interaction as I feel like it is something that a lot of these online games take away. However, with AR stepping up and bringing people back together again, that is something I am most definitely all about. Virtual Reality is definitely leading the way when it comes to being able to experience things from a perspective you normally wouldn’t be able to such as riding a roller coaster or even skydiving for example. It leads the way for people to be able to experience the things that they have feared without the risk and might even lead to people doing the real thing which is what I hope happens.