So a few weeks ago I was offline for a few days when my Razer Blade 2014 burned out and I mean that literally.  There was a smell of toxic chemical smoke coming from the bottom of my desk and I could see a cloud rising, my laptop soon instantly cut power.  The smell was coming from the back of this thin laptop and I had to open it up to see what was wrong and sure enough, melted components, a blackened heat sink pipe and what appeared to be melted sodder.  Now being that my Razer Blade 2014 was nearly 3 years old it isn’t under warranty anymore and honestly if readers have been following my social media feeds you will know that the Razer Blade 2014 with the GTX 970M graphics card would overheat from time to time and just power off in the middle of gaming and especially if I was gaming and streaming at the same time.  I could replicate this with Ark: Survival Evolved and Elite: Dangerous, it actually melted down when I was in the middle of playing Elite: Dangerous.

That was my first Razer laptop I had ever owned, and I had bought it because of the 4k screen, 14″ compact size, but in the end I needed a new laptop and I decided to get a brand that was recommended to me but I had never bought before, this was the MSI GT72VR Dominator laptop which happened to be nearly identical to the model that Nathaniel from our team picked up just a week or two before me.  Now I have an ASUS ROG gaming laptop in the house for my one son, and another ACER Aspire V15 Pro gaming laptop for my other son, so I like to branch out and try something different.  I am not brand loyal in that way because I always want to know what another brand offers and experiment around.

I also don’t have the budget for a high end gaming laptop, people would say why do you get a laptop at all for gaming and not a desktop but I do travel fairly regularly and having a gaming laptop in hotel room nights is a must for me.  I needed something that would give me the best bang for my buck and I knew I wanted a gaming laptop with an Nvidia Geforce GTX 1060 video card which is a great mid-range laptop video card.  In fact, this video card gave me double the frame rate as the Razer Blade 2014 with the 870M and the laptop ended up being like $600 cheaper than the Razer Blade 2014 at the time.

Here is a pic of the specs from the box of the MSI GT72VR Dominator laptop that I purchased, note that the color is black, black, black and black, you can’t get blacker than that!

So as you can clearly see this is not a low end gaming laptop but isn’t a high end gaming laptop either, though the only thing that really separates it are a slightly more powerful CPU and GPU as the RAM/PCIe SSD are top notch.  It also has a massive 17.3″ screen but is only 1080p for the laptop screen, external monitor however is what I use most and this GPU has no problems in that area.  It is billed as a VR Ready laptop and I am going to be reviewing the Pimax 4K VR Headset with it as I already have one. 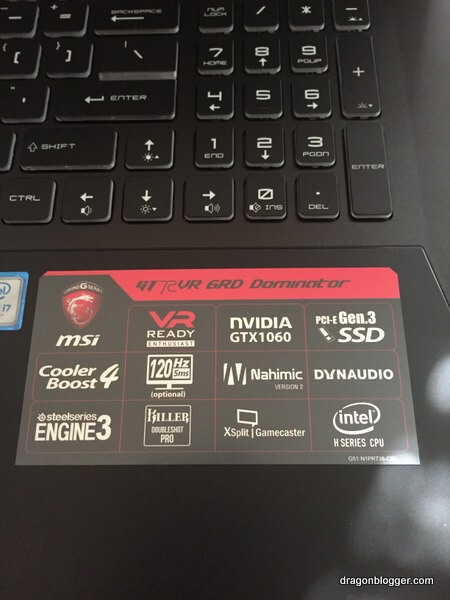 The cool thing is they threw in some bundled items with this laptop purchase on NewEgg including a Steelseries Siberia 200 MSI branded, a copy of For Honor, an MSI Notepad are some examples that come as bonus items.  MSI Gaming Laptops also include a button and pre-installed XSplit gamecaster for streamers, but I use Mirillis Action! to do all of my recording and streaming personally. 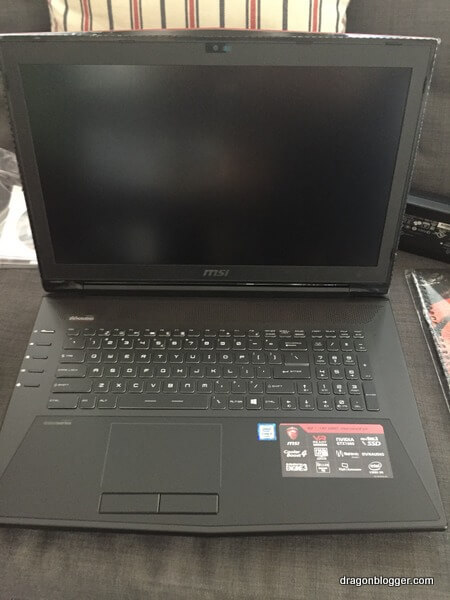 The 17″ Screen is pretty impressive and if you wanted a thin and light laptop this isn’t the one for you, this laptop is thick and heavy  at 8.33 pounds which I don’t have an issue with for the components I am getting but this may be an issue for those who wants a laptop that is ultra portable. 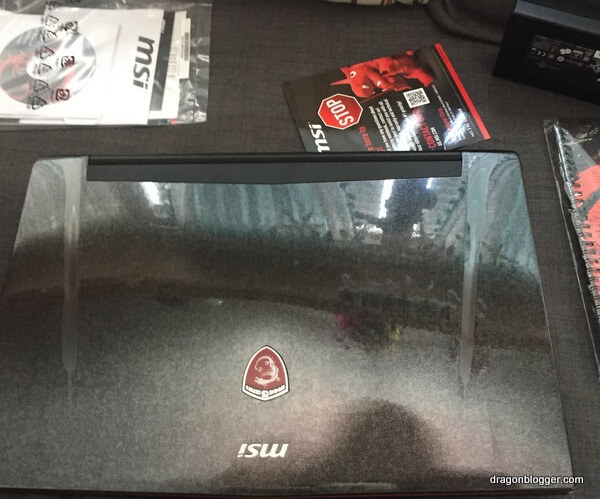 The MSI GT72VR Dominator also sports 6 USB ports with 4 on one side with all types of headset and microphone jacks, so it can support separate 3.5mm microphone/audio or a single headset input jack if needed.  It also has an SD Card reader built into the laptop as well for those who have to work with SD card cameras and devices. 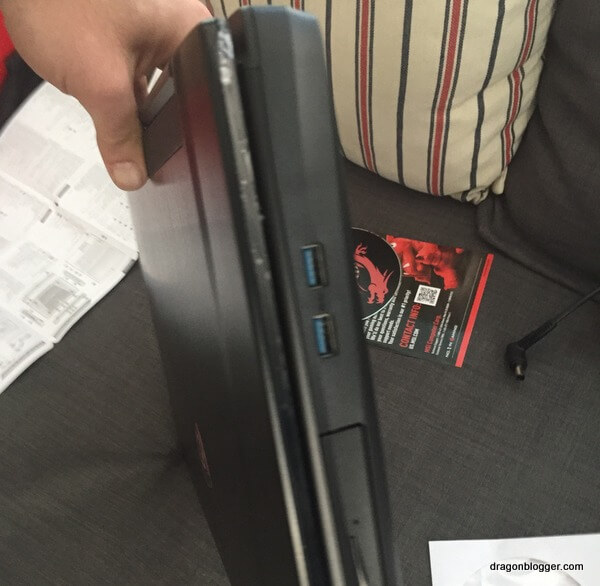 I still end up using USB Hubs both a 7 port USB 3 hug and a 4 port USB 3 hub with my laptop as I do have about 10 devices that are plugged in all the time. 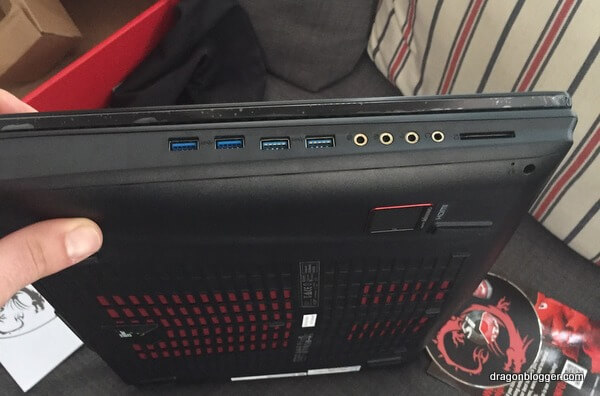 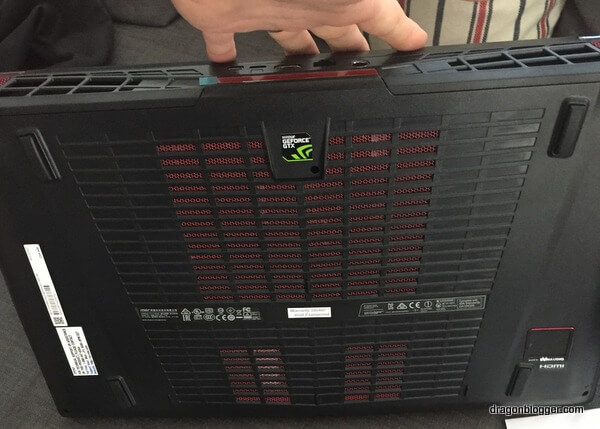 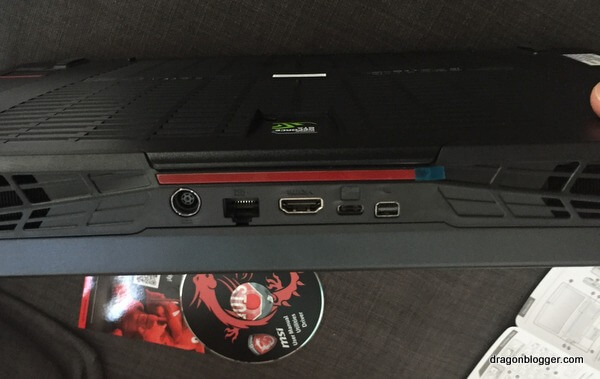 The rear of the laptop gives you the HDMI, Display Port (mDP), Power, Ethernet and the MSI GT72VR Dominator also sports a USB 3.1 Type-C interface supports dual 4K external monitors and portable charging power up to 5V/3A.  So far this game crushes Elite: Dangerous on the highest settings with no problems at all and Heroes of the Storm, Overwatch, Warhammer 40k: Dawn of War III all have no issues at all either.

I will say that when I first setup the MSI GT72VR Dominator I had some significant trouble with my Wi-Fi connection and keeping it stable, this was resolved by changing out drivers and updating a lot of outdated drivers on the system so if you have Wi-Fi problems with an MSI GT72VR Dominator laptop you may want to checkout this article for assistance.