Guild Wars 2 which is set to release on August 28th by NCSoft (get access 3 days early if you pre-order on Amazon.com) showcases a handful of playable races to add some diversity from the human driven campaigns of the original Guild Wars game and expansion packs.

These races add their own distinctive stories, quests and choices to the mix and make the replay-ability factor very high for Guild Wars 2.

So here is a small introduction to the races and what they mean for players.

Asura are the smallest and arguable the most intelligent race in Tyria, their appearances to me looks like a cat like face with turtle like appendages though they have claws on their hands.  This race of scientists are technologically advanced and are born tinkerers, think “Gnomes” in some of the Dungeons and Dragons settings.

As a character you choose to belong to one of several colleges and you will have the ability to use skills that can do things like construct golems to fight for you, or enhance your own character with ironman-esque suits. 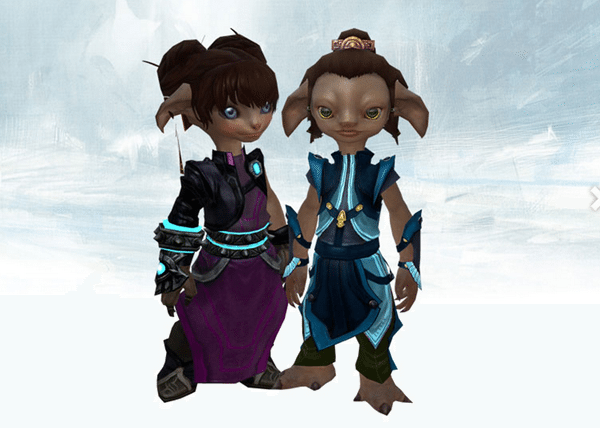 The Sylvari remind me of a cross between Elves and Dryads, they are woodland creatures that are plant based and have different personalities or skill sets based on time of day they awoke.  This is an interesting concept, if you woke under the pale tree during the morning your character is said to be more charming and diplomatic whereas if you woke at night your character is more secretive and a loner.  Curious to see how this translates in the classes and skills.

Sylvari have the power to harness the natural world and can even get skills to call upon the Pale Tree itself for assistance. 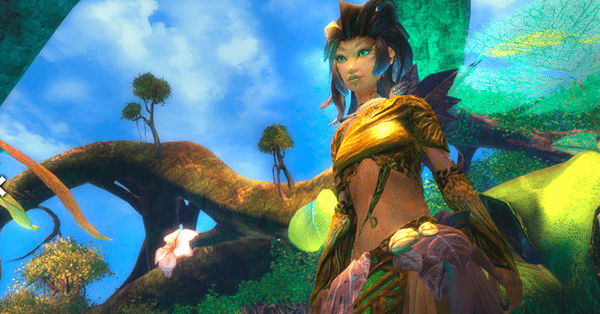 Of course everybody knows what the human race is, this is the predominant (Duh) race of all MMO and role playing games.  The human race in Guild Wars 2 however gets to have some choice as to what your social background is (poor, middle class) and which one of the six gods do you pay tribute and worship to?  I always was partial to the goddess Dwayna myself for the healing boons in previous Guild Wars games.

Humanity itself is not nearly as dominant after the events of the first Guild Wars game where the Charr conquered and the landscape itself was devastated by the Elder Dragon Zhaitan.  What is in store for the most common and popular race? 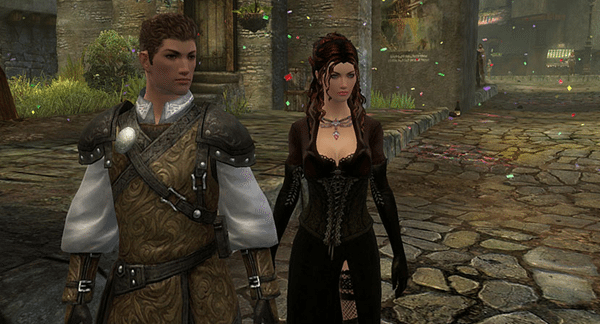 A race of giants who also happen to be shapeshifters!  The Norn are the most non-standard of all races I can compare and they are tied to animal totems which determine which creatures you can shapechange into.  Norn are hunters and seem to be perfectly fitted to Ranger classes.

Even though the race was beaten back by Ice Dragons who drove them from their homes, they are proud and enthusiastic for the hunt and pride of achieving victory again. 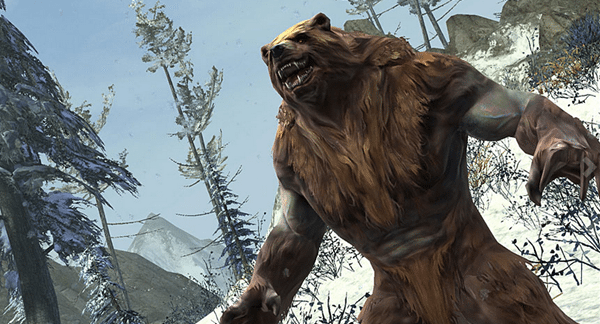 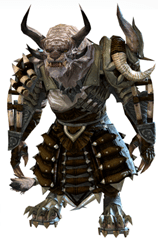 Who can forget the vicious Charr which were the main villainous race invading Tyria in the first Guild Wars game.  These powerful war like humanoids look like a cross between a tiger and a minotaur at times.

The Charr are about war, conquering and above all want to maintain their hold on Ascalon after conquering so many decades ago.

When playing as a Charr you decide which military faction suits you, being a member of the Black Citadel or one of the Legions. 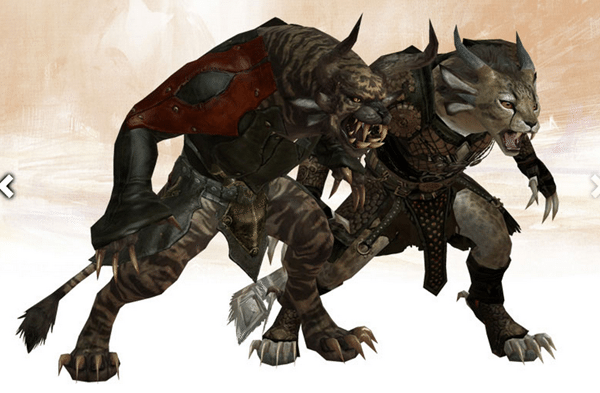 My son and I are on the fence on whether to be Charr or Norn’s during our first run of the game when it comes out on August 28th, but since we both pre-ordered it on Amazon.com we get to play on Saturday August 25th, plus if you pre-order you get a special ring which gives your character +2 to all attributes.

I suggest you pre-order Guild Wars 2, this MMO game has no monthly membership fee and promises to be a unique single player campaign or multiplayer campaign experience no matter how you look at it.

Also, you can enter to win a copy of Guild Wars 2 for free which we are giving away to 1 lucky reader!

Which Guild Wars 2 race are you itching to play as?