I have reviewed many Bluetooth keyboards and many cases for the iPad but this is one of only a few that try to combine both a case and a Wireless Bluetooth keyboard into the same accessory.  The Arcadia ArcLight 2.0 is also the best iPad Keyboard Case combo I have ever reviewed so far and I will share with you everything that worked well with this accessory and a few minor items that could be improved.

But, if you happened to break your iPad before you had a chance to put a protective case on it, ipad repair hallandale is something you would search for to take care of the repair of your iPad if you live in the area before you can take advantage of such a case. 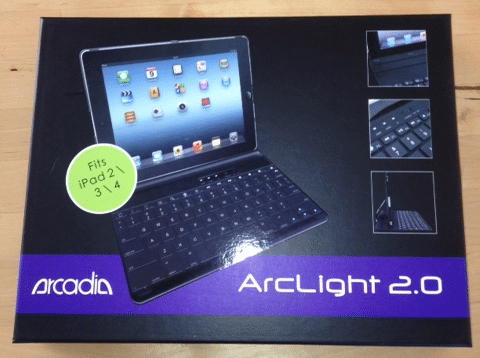 First, the Arclight 2.0 is for the iPad (2nd, 3rd and 4th generation models) and is a hard plastic and what they call Clamshell case in that your iPad snaps into it and it completely closes and seals like a clam closing. 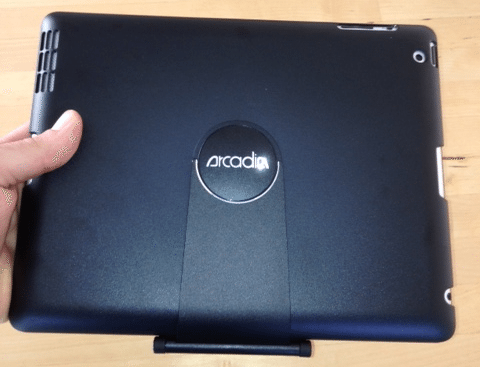 When the case is closed and iPad is inside of it, it is about 3/4 of an inch thick total.  The hard plastic case is firm but not super hard, the material does not feel like it would survive a drop of more than a few feet so you aren’t getting shock or drop protection with it, but it will completely cover and protect the iPad glass cover so that any scratches, slides and potential bangs are absorbed by the hard case cover. 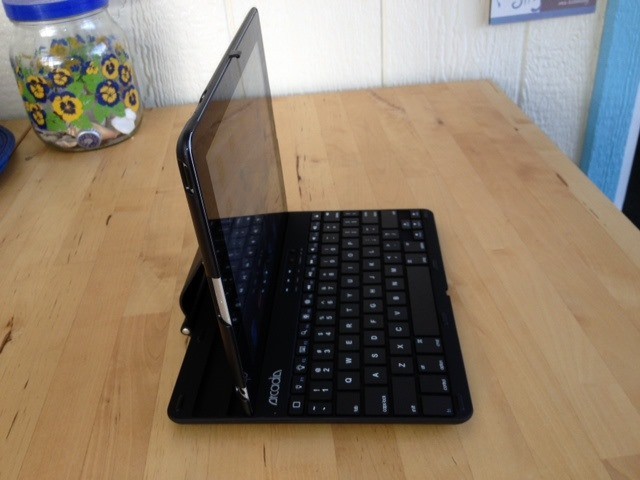 The case has an elbow that can expand or contract so that you have the iPad standing at a perfect 90 degree angle, or tilt back if you are sitting high above it so it is more comfortable to see the screen and work from the keyboard. 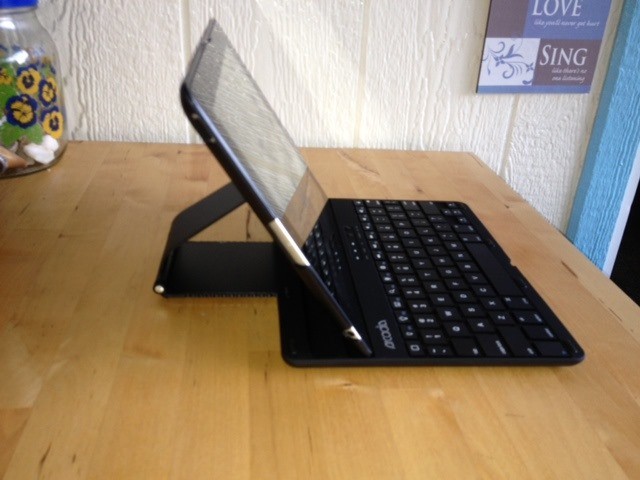 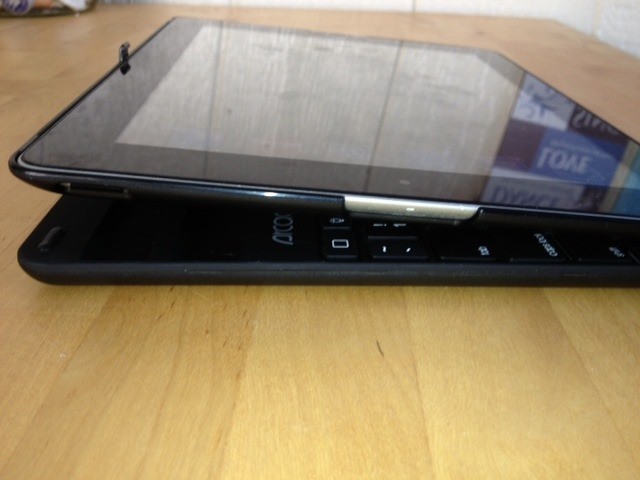 You can fold the iPad and use it in tablet mode, the keys become basically tucked behind the back of the iPad and this adds quite a bit of thickness  but works pretty well.  My only suggestion for improvement here is if the Arcadia Arclight 2.0 had some sort of locking capabiliy so it wouldn’t fall out of this position when picked up, and that the actual hard cover case had some sort of texture or rubberized sections to prevent slipping as the hard cover is very slippery and when using the iPad one handed the extra thickness makes it a bit harder to hold. 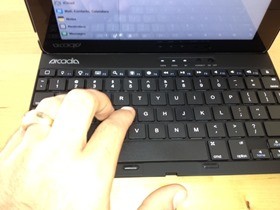 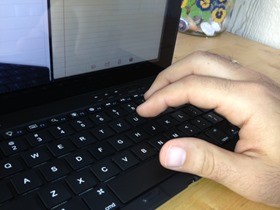 Typing on the keyboard wasn’t too bad for a keyboard that has to be compressed enough to fit as a keyboard case and the thumb key was easy to press without having to bend my thumb at an odd angle.  Overall there was some adjustment as my fingers got used to the compressed and slightly altered key locations but I was able to type pretty fast and comfortable on the Arcadia Arclight 2.0 keyboard case for the iPad. 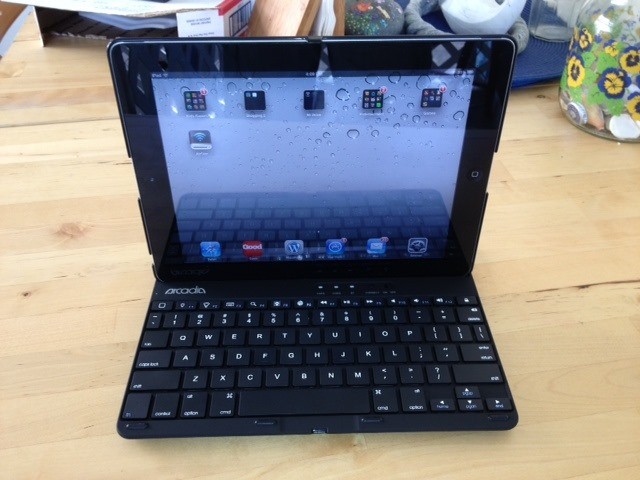 The keyboard case does it’s job by minimizing you having to carry and remember to keep a separate Bluetooth keyboard case in your iPad bag and the battery life is very good.  This case doesn’t take regular batteries either, you charge it by plugging it into any standard MicroUSB charger or USB port on a computer and it will charge fairly rapidly.  Just remember to switch the off switch to conserve battery life when not in use, but overall this is a fantastic keyboard case option.

As mentioned above I wish it had a way to lock the case in place when you have it extended to use the tablet with the keyboard tucked underneath, and I wish it had more surface grip on the back when holding in this way either by rubberizing the cover or adding texture.  Maybe combining it with some feature of the New Trent Grabbit so it could be hold with a 1 handed strap while held in 1 hand would be cool too.

Overall the Arcadia Arclight 2.0 iPad Wireless Keyboard Cover case is the best one I have reviewed and I would happily recommend this to anyone who wants to have the cover and keyboard be combined into a single accessory.