Fans of the Tomb Raider franchise can sit up and take note because it has been revealed that the game Rise of the Tomb Raider will be one of several to be released onto Microsoft’s Xbox One console through the Xbox Game Pass subscription service.
The service, which has been described as ‘Netflix for gamers’, has been popular since it was announced in February 2017 and the latest release of new games through Pass will be welcome news to fans.
Microsoft’s Larry “Major Nelson” Hryb tweeted the announcement of a new bundle of games that would be coming to the platform with the Tomb Raider title revealed while the rest of the games were hidden.

Next week we’ll post the titles coming to Xbox Game Pass in March. In the meantime, I’ll just leave this right here pic.twitter.com/EW8vaVmW1n

Microsoft have also stated that every game made by Microsoft Studios will be available to Game Pass subscribers on the day of its release. Xbox are hoping that the $10 a month subscription service will be able to rival Sony’s Playstation Now offering. The major difference, however, is that with Xbox, the gamer can download the full game to their console, whereas in the Playstation version, the games are streamed.

The fact that Rise of the Tomb Raider is on the list will be music to the ears of fans of the long running franchise. Many see the Rise installment as redemption after some of the previous offerings lost their way from what made the original titles so appealing.

When Toby Gard originally came up with the idea back in the 1990s, the main protagonist of the games was going to be male but this was canned, after it was felt people would accuse Tomb Raider of copying Indiana Jones too closely. So Gard created Lara Croft, and the rest is history. 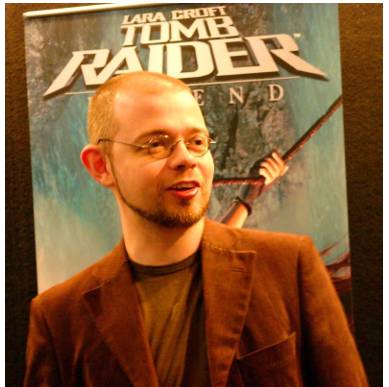 So successful has Tomb Raider been, it has expanded into a number of spin-offs. The character has appeared in several movies, played by Hollywood star Angelina Jolie and has also made her way into other mini games such as CasinoEuro’s Tomb Raider Slot game. In the slot game, Lara Croft appears as a bonus symbol that can win the player free spins in an archaeology themed treasure hunting experience.

Microsoft are keen to add as many titles from as many developers into the Game Pass subscription model and Phil Spencer, the man responsible for making Game Pass a success, believes it may eventually be the way games are bought in the future and is hoping it will be a long term success. Speaking to Business Insider, Spencer said:

“I’m bullish on Game Pass’ long term potential to allow people to play the games they want on the devices they want.”

Adding popular titles such as Rise of the Tomb Raider will almost certainly help persuade more fans to join the service and, if new titles of existing series such as Halo and Gears of War become available through Pass on the same day they are released to retail markets, it will be seen as a ‘no brainer’ for many gamers.

For now, though, fans of a long running franchise can sit back and enjoy a great game knowing that it is only costing them $10 per month. Not bad at all.