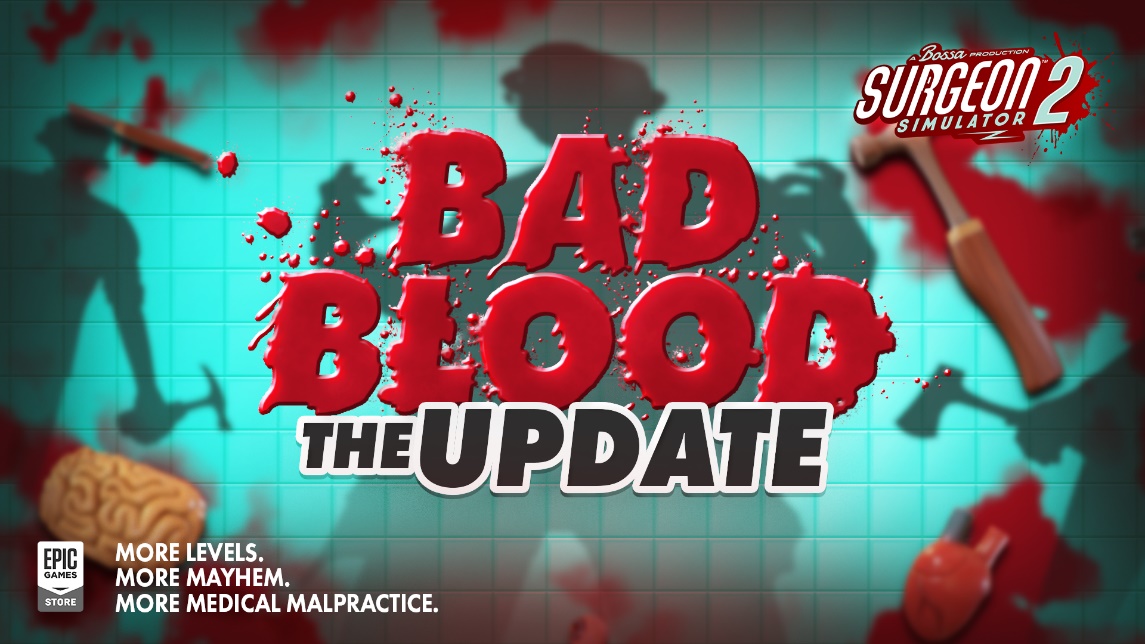 With Bad Blood, Bossa Studios is looking to test every would-be doctor in the form of nine new competitive levels — all of which are coming today to Surgeon Simulator 2 owners completely free of charge! Jump in and go head to head in these awesome new challenges:

Since the launch of Surgeon Simulator 2, players have clamored for a means to prove that they are the best of the best — which is now possible thanks to the implementation of campaign leaderboards! These leaderboards track how long it takes players to complete competitive levels and precisely how much blood loss Bob has suffered at player’s hands! Proving who is the best doctor among friends is now as easy as pointing-out each other’s global rank! 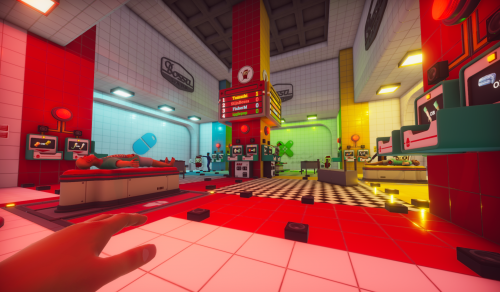 The Bad Blood update also brings some highly sought-after quality of life improvements to Surgeon Simulator 2, particularly to the UI — which now sports a sleek new design to the lobby terminal, as well as more concise definitions for game modes and simplified notifications for party invites! Additionally, Creation Mode has received new props and textures in the form of some groovy wallpapers and Mr. Mainframe cutouts.

Surgeon Simulator 2 is a physics-based medical simulation where every object, every organ, and every limb are up for grabs — or dropping (it depends on a player’s skill level). Enter the labyrinthine Bossa Labs to experience all-new operations, a thrilling story mode, 4-player online co-op & competitive play, and the bonafide Creation Mode! Surgeon Simulator 2 is out now on the Epic Game Store and available for £19.99 / $24.99.

Bossa Studios is a BAFTA-winning independent games developer and publisher based in London. Driven by creativity, charm, and flair, they make genre-defining games that champion innovation and originality, and are loved by creators worldwide. These include the critically-acclaimed Surgeon Simulator, I am Bread, and Monstermind. Bossa’s latest release is the highly anticipated sequel: Surgeon Simulator 2. For more information please visit www.bossastudios.com.

Content Creator/Owner of https://t.co/kw5uyPjwWQ for Tech, Game, Entertainment and streamer at https://t.co/e072uYSy5Y
The Samsung 32" Q60A 4K UHD Dual LED Quantum HDR Smart TV with Alexa is currently an EPIC deal at 20% off and makes… https://t.co/6nSYG0k28k - 19 hours ago