April was a great month for Android apps, and of course, there are some that simply stand the test of time.

For film lovers, Netflix remains one of the best video streaming services with a massive selection of movies and TV shows for subscribers to enjoy. The performance of Netflix is as smooth as silk and as it still costs only $9.99 a month it’s well worth considering if you are a bit of a movie buff.

But it’s not only films that are big business for the smaller screen, as online casinos, but especially the ones that offer safer banking methods like deposit via PayPal also find themselves high up on player preference when wanting to enjoy some casino action when on the move.

Being able to fund an account with reputable companies is vital nowadays as understandably many are concerned with the threat of identity fraud, so using a middle man like PayPal which is safe and secure makes a great deal of sense.

Daywise is a nifty new app which helps you cut down on the number of notifications that come through during the day, especially during certain events. What Daywise does is block your notifications, only letting the most important ones get to you. You can see the blocked notifications later which is great during working hours where you should be getting your head down and doing some work done.

The users of Instagram might like the idea of Insta Story which is a great app to use in order to sharpen up their Instagram stories as it gives choices from a range of templates and special effects which can be added to the story and once more it is easy to navigate and use, another plus point. 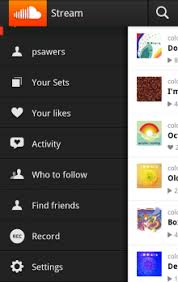 SoundCloud has always been my go to for listening to podcasts as well as other user created content plus, you can even upload your own recording and record them straight from the app.

Think about using SoundCloud if you don’t enjoy ads or subscription fees. This apps lets you discover all the new music you can handle and stream it straight from the cloud. Be aware though, this is not as good as Spotify and definitely not a replacement.

We all lead busy lives to such an extent that it feels as if we have to time manage almost the whole of our day sometimes. If you are looking for a simpler way to keep track of your time then think about installing Clockify Time Tracker which aims to help teams rack the time that is spent on projects as well as analyzing the findings. Not only is this service available on an app it can also be sourced on the web, meaning that it can be used no matter where you happen to be.

While apps for music and social media might be great, there are also some rather top-notch Android games that also were huge last month. Games such as Minecraft are still topping the charts due to being a very user-friendly game and accessible to pretty much everyone not to mention a game that the very young and old alike will enjoy especially for those that have a very creative mind.

Stardew Valley takes another top spot, a game that reminds me a lot like Harvest Moon in which you are in charge of a farm that you have inherited. Your goal is simple, live the life of an honest farmer by selling good, tending the soil and making the locals happy as well as participating in monthly events in the town and even going out on a few dates which could also lead to the start of your very own family. Stardew Valley is one of my favorite games on console, but to be able to take it with me on the go and use a touchscreen to manage everything makes this sim a lot easier and fun.

Finally, for RPG fans out there a very timeless role-playing game is now available at your fingertips and one of my all-time favorite games in the genre, Chrono Trigger. A game made by the same team as the ever-so-popular JRPG, Dragon Quest, Chrono Trigger has you playing as the central protagonist, Chrono as you battle it out in a sort of Back to the Future-esque storyline that will keep you very entertained and not wanting to put the game down. The Android version has improved graphics and frame rate as well as a touch up on the sound.

I also am fond of Space Strategy RPG game Star Traders: Frontiers which was just released for iOS and Android and is a sandbox space game that can keep you engaged for hours.  In Star Traders you become an intergalactic captain and can choose to take on the role of a spy, smuggler, explorer, pirate, merchant, bounty hunter, and more (27 jobs in total).

Android has plenty of useful apps as well as very fun games to keep everyone happy and will always provide you the right app for whatever your need may be.