Recently I was sent a toy gun 2-pack and target game by UWANTME who asked me to cover it and see if I thought it made for a good recommendation for kids to play during Summer vacation.  My kids now at 17 and 14 years old still find time to enjoy taunting each other with a toy gun battle here and there so decided to take it for a spin.  Now, first I will talk about the UWANTME Dart Blaster 2 pack before we go into the target game that you can purchase separately.

The Dart Blaster 2-Pack comes with 2 different colored blaster guns one gray and one blue and they both have opposing pull back levers with orange rotating barrels. 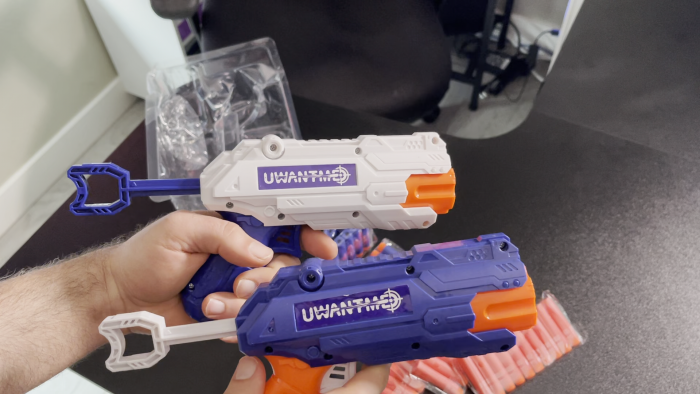 Inside the pack also comes with 2 little Velcro bands that each hold about 8 foam bullets, but the bands are so small you would only be able to Velcro them around a small child’s arm or wrist, I wouldn’t be able to close these bands around my arm at all.  So clearly the intended target here is young kids. 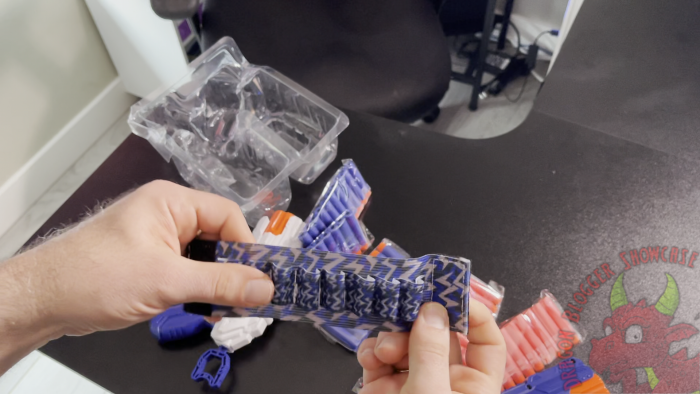 Each blaster holds 3 foam bullets, but the barrel doesn’t auto rotate when firing which is the biggest disadvantage of this foam dart gun compared to some NERF guns.  You have to pull back the lever and fire each bullet, but by not rotating the chamber automatically it means you have to manually remember to rotate it which is easily forgotten in the heat of trying to blast each other. 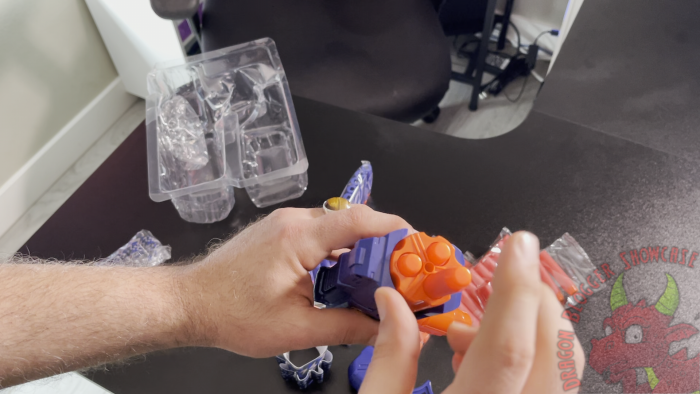 When using it as a target practice game, I noticed it works fairly well the accuracy isn’t too bad and the UWANTME electronic target game is pretty fun. 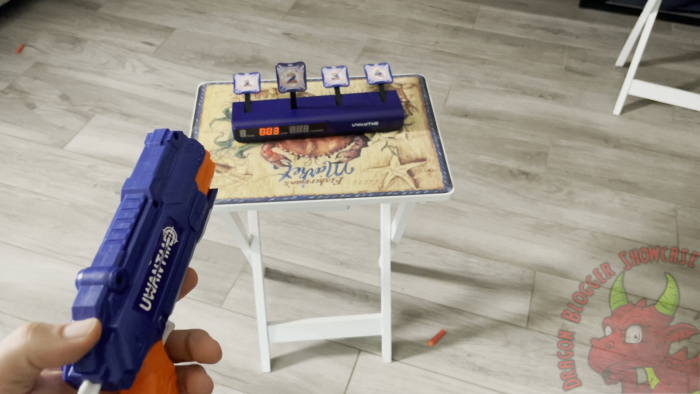 It has a single player and two player modes, and auto stands up the targets after they are all knocked down too.  It also keeps track of points.  You can pickup the Electronic Scoring Target game on Amazon and pair it with any blaster gun however.

During testing, I found that the pressure/strength of the blasts wasn’t enough to actually knock down the targets except if you were about 6-7 feet away or closer, in some cases the bullet would bounce off the target without knocking it back, so overall the target game wound up being a better product for stronger plaster guns.  But the toy guns were fun to play with and I can see kids enjoying these.  Fortunately the blaster set comes with 60 bullets, 30 are red and 30 are blue so you can identify which team is which and you know who has lost or has to go still find and pick up the missing foam bullets.