It has actually been a while since I wrote a video game review myself, lately Florin Paguba one of our writers has been covering the game review sections and he has been doing a fantastic job, I encourage you to check out his gaming review articles.

One thing about the Xbox Kinect that appealed to me as a player is the fact that I wanted to be able to play a game that allowed punches, kicks, super powers and truly immerse you into the fighting game experience.  To some degree I was disappointed with the boxing games in Kinect Sports because the Kinect can’t pick up movements if they are too fast and had spotty issues with nearly every other game I tested.  You will even find these complains with reviews of the new Kinect Star Wars for some of the games. 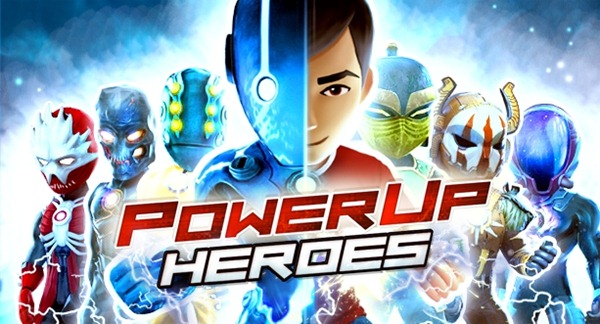 PowerUp Heroes however delivered a very rewarding experience for me albeit it was limited by the games scope and target audience.  I played this game with my 8 and 5 year old boys who really enjoyed it and the 2 player side by side action was the first time I was able to play with a 5 year old side by side and have the Kinect pick up both of our movements properly without the size issue of one player being an issue with the “area” the camera can acquire.

PowerUp Heroes is a cartoonish style fighting game where each match is a one on one in a battle where you use movements to combat your opponents.  Each opponent you battle has a suit and you gain access to unlock and wear the suit using the powers of the opponent you defeat as you progress through the campaign mode. 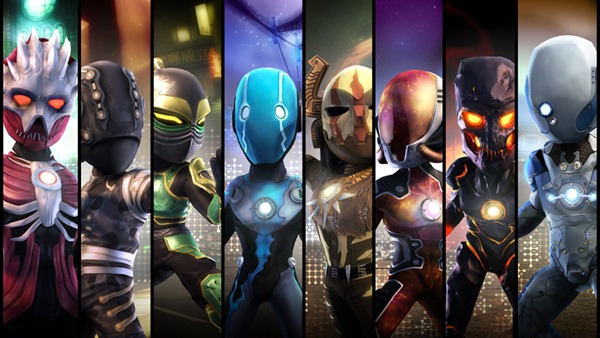 Each suit has powers that are triggered a bit differently, besides the punching some suits have you do cool motions that involve whipping opponents, summoning black holes or simply calling up a ball of flaming earth and then bashing it at your opponent.  There are no specific “kicks” in the game, but there is kneeing, which triggers you to run toward your opponent and engage in a close combat combo style bashing which your opponent can get out of by following the counter moves presented to them on screen. 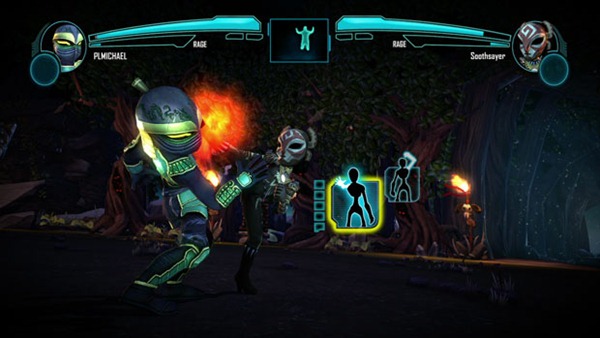 The Kinect is fairly responsive and picks up the movements pretty well, in only a few cases did it not pick up a knee or notice a punch because I was moving too quickly.

I like that the battles have no time limit, there is no counter and you can play multiplayer matches for a relatively long time.  Dodging involves bending your body side to side and it is fairly easy to dodge ranged attacks.  Good players can do a lot of dodging and rounds can last quite a few minutes if both players are agile. 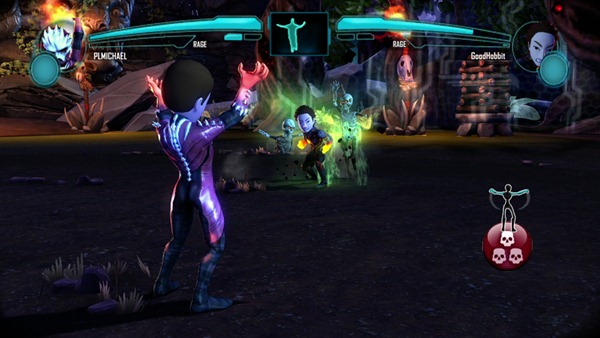 The game was very enjoyable in both campaign mode and multi-player mode, but there are only 3 powers for each suit.  The good thing is you can have 2 suits for each combat and easily switch suits by raising your left hand in the air.  This essentially gives you 6 special attacks for each combat, plus your normal punch/knee combo’s.

Out of several fighting games, I enjoyed PowerUp Heroes the most because it is one that is family friendly and without any blood or gore it is really enjoyable to play if you have younger kids.  My 8 year old was equally as good as me right off the bat and there is an even playing field that makes it more enjoyable.  There is no highly complicated combo/chaining system and some super attacks do a lot of damage, so if you are looking for a complicated fighting game where you have to learn intricate combo’s and patterns then this is not the game for you.  If you want a casual fighting game where you and a friend can just hook up and have a match then this game brings up some of the most fun I had with side by side fighting since Wii Sports Boxing and you don’t have to hold any controllers.

Just make sure you have enough room to have two people stand side by side when they can swing their arms out without hitting each other or furniture.