Cydia has always been a popular third-party app store, requiring a jailbreak to work. It allowed us to download modified apps and games, game emulators, modifications, tweaks, and more, but, in recent years, there haven’t been so many updates to it. 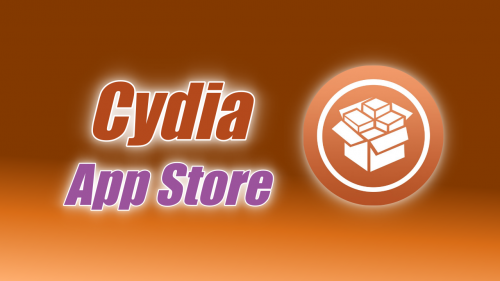 We do, however, have a series of jailbreaks that you can install on your iPhone or iPad, with versions covering iOS 9 right up to iOS 13.

Simply choose your iOS version and install Cydia to your device:

A semi-untethered jailbreak, Phoenix offers support for 32-bit devices on iOS 9.3.5 and iOS 9.3.6. It is easy enough to install; simply use a third-party app store called AppValley or use Cydia Impactor to sideload it to your iPhone or iPad. Be aware that you need your Apple ID to sideload and, if it’s a free account, the app will expire after 7 days – simply reactivate it and carry on using Cydia.

The Electra jailbreak is also semi-untethered and was brought to us by a collaboration between the Cool Star and Electra jailbreak development teams. It provides full access to Cydia and, although you can install the IPA into your device, a safer way of installing Electra is to use TweakBox third-party app installer. You can download the app from CokerNutx Store

Developed by Sam Binger and pwn20wnd, Unc0ver jailbreak supports both Cydia and Sileo package managers. Sileo is the latest manager, developed for the newer devices, and offers much the same experience as Cydia does. It is another semi-untethered jailbreak that works on iOS 11 or above and can be downloaded in two ways – using Cydia Impactor to sideload it or via TweakBox third-party app store.

Chimera jailbreak comes to us from the Electra jailbreak team and is the newer version of the Electra jailbreak. It is supported on iOS 12 or higher and works on the A12 devices, something many of the newer jailbreaks don’t do. Downloading it is done by way of sideloading the IPA file or by using a third-party app store to install the configuration file to your iPhone or iPad. It has full support for Cydia and Sileo package managers.

Last, but by no means least, is the Checkra1n jailbreak. The latest one to be released, it is based on the checkm8 bootrom exploit and is another semi-untethered jailbreak. It is supported on the 64-bit A5 to A11 devices and works on iOS 12.3 or higher, although it is better on iOS 13. Right now, it only supports Cydia, but there is a way to add the Sileo package manager vis Cydia. It is downloaded using your computer, and, at the moment, there is only support for Mac OS X; Windows support is being added later.

There you have it; five ways to install Cydia on your iPhone or iPad, covering iOS firmware from iOS 9 right up to iOS 13. There is one thing you may have noticed – unlike earlier jailbreaks, all of these are semi-untethered. Given the increase in security that Apple has built int the iOS in recent years, it seems that semi-untethered jailbreaks are the best we are going to get, and it is worth bearing in mind that they are a little trickier to use.

While Installing them is simple enough, semi-untethered jailbreaks require reactivating every time you reboot your iPhone or iPad. You do NOT need to delete the jailbreak to do this; simply reactivate it using the same installation steps.

In the early days, we had untethered jailbreaks that we could install directly to our devices. These days, we have much safer methods of installing Cydia – using Cydia Impactor or using a third-party app store. With Cydia Impactor, although it is dead easy to use, you do need your Apple ID, and that comes with its own downsides. If your Apple ID is a standard free one, within 7 days, the app certificate will expire, and you must reactivate using Cydia Impactor – this will continue happening every seven days.

When you use a third-party app store, there are a couple of benefits, not least the fact that they are simple to use. Third-party app stores, such as AppValley and TweakBox, provide you with thousands of other modified apps and games, along with a few tweaks that don’t need Cydia. And you do not need to use your Apple ID either, which means your usage isn’t tracked by Apple.

For a long while, most of us thought that Cydia was gone for good. But thanks to a few intrepid developers, we now have a decent choice of apps, covering iOS 9 right up to iOS 13. Chose the one that matches your iOS firmware and enjoys!