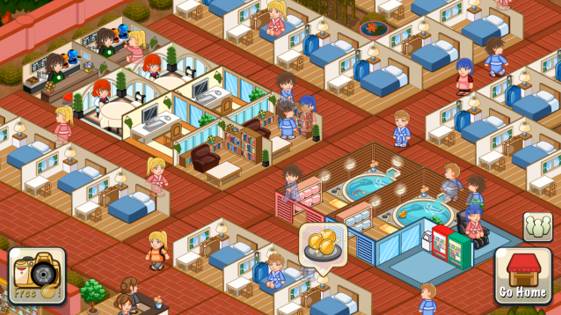 In 2016, Android users spent over 900 Billion hours browsing through Android applications on their devices. With over 3 million applications and 100,000 application publishers, there is no shortage of applications for the users. In 2016, 90% of Google’s app revenues came from games, making it the X-factor for Google Play Store. Developing countries such as India, Brazil have shown huge download numbers, whereas developed nations such as Japan, United States, and Germany show huge spends but fewer downloads.

Pick up any statistic about the Google Play Store; the amount of time spent on Android games is very high irrespective of the country they reside in, making Android Game Development a suitable career aspect to pursue. To put things into perspective, King, the creators of the viral puzzle game Candy Crush reported that in 2014, over 90 million users were playing their creation and they reported 493 million dollars revenue in a three-month period. On the other end of the spectrum, the augmented reality sensation Pokémon Go racked in 200 million dollars revenue in their first month of operation. These numbers may look sugar coated, but Android Game Development is a lucrative career, and we will tell you how to design your own Android Game.

Choosing Your Tool for Development

Before you begin developing the game of your dreams, you should gather some tools of the trade to begin development. The most commonly used software is Android Studio. The core programming language used in Android Studio is Java, but recently Google has provided support to Kotlin, widening its user base.  If you do not have the proficiency in Java or Kotlin, or you are unfamiliar with Android Studio, you can look up for free courses online which will teach you swiftly and efficiently.

There are other tools to create Android games available as well, which can be used depending on your coding and designing proficiency. These include Unity 3D, Unreal Engine 4, GameMaker Studio, and Corona. Non-coding alternatives such as Stencyl and Unity are available as well, which cater to the non-programming developers who wish to create basic games using the tool’s drag and drop features.

Working on the Idea

Every game requires a storyline, whether it is a simple puzzle game, a space shooter or a freestyle unlimited running game. Your storyline needs to be ready before you even begin to code. For example, if you are creating a game where a tank needs to kill approaching enemies, the style and color combinations should be already in your mind before you begin the game development. It is better to convert your ideas into graphics before you convert them into code. Hence, creating a drawing or a digital graphic of what your game looks like will help you when you begin developing the game. Even a rough sketch can help you decide on aspects such as background color, text font, and objects to be placed.

Before the development phase begins, the design and game rules should be clear in your mind, as this will help you speed up the coding process and post fewer hindrances while development. Once the idea is ready, you can straightaway jump to coding. Once you look at the trend of successful games in the market, you will recognize that the simple of games are raking in the highest profits. This points to the fact that users don’t need complex storylines and high-end games but a simple application, which entertains them. There may be exceptions such as Dead Trigger and GTA, which offer a fascinating gaming, experience but in the current trend, simple is the real winner.

It is advisable to execute and check your game after each of the above steps is completed to eradicate the bug quickly. Once you are done, run the game and play it multiple times. This step is very important as it can help you improve the UI and remove any bugs that still remain.

This step is as important as the coding itself. Once you complete the development of the game, spread the game for beta testing to as many people possible. This will get a third-party view on the game and help in removing the bugs, which are sometimes overlooked by the developer. In case of simple games like this, you can get your friends, family, and other associates to play your game and test common things, which prove to be beneficial. It is important to remove bugs before releasing the game as no one likes to play a broken and buggy game.

Once you believe your game is ready to be published, you can easily publish it to Google Play Store and wait and watch. It takes a lot of hard work to create and perfect Android games, but in the end what matters is the idea and its originality. As a wise man once said, ‘Practice makes a man perfect’, you should practice Android game development with a different set of tools and codes to bring out the best in you.