So here we will check to see how this baby performs.  So that you can compare, here is my build list.

Now you have seen how it looks like and how to install it, but how does it perform?

In this section I will show you the speeds of the WD Black 512GB PCI-e NVMe SSD.  We will be checking out the performance using “ATTO”, CrystalMark’s “Crystal Disk Mark” and FutureMark’s “PCMark”.  We may receive the same readings for many of these tests since they basically read the same information, but this is to give you a general idea of the performance you can expect. 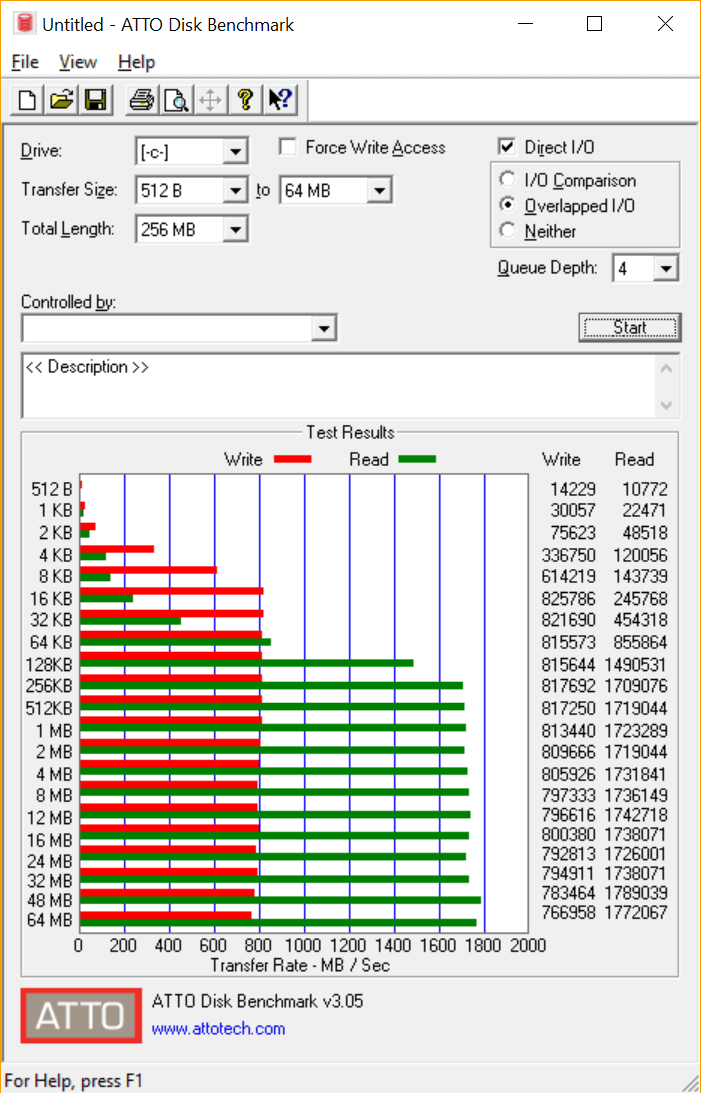 ATTO Disk benchmark measures raw transfer rates for both reads and writes to and from the disk and in this particular test we are measuring under Overlapped I/O.  We can see here, the write speed actually surpassed its 800MB/s speeds coming in at a max of 817,692 under a 512KB test, which is 817MB/s.  Read speeds came in very slightly under the advertised speeds at 1,742,718 under 12MB.  Mind you the read/write speeds were not under identical transfer sizes but it is good information to get an idea of what you can expect.

Next up is CrystalDiskMark. 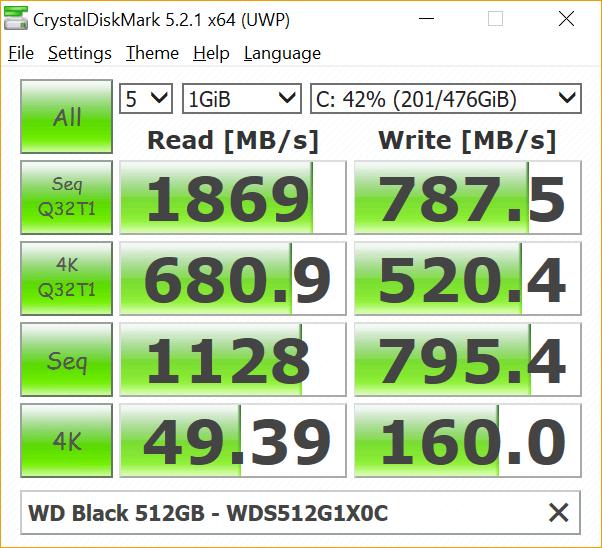 So these are all just benchmarks that really don’t provide any real world metrics, the higher or lower the better right… numbers don’t always paint a picture.  To provide something a little more substantial, let’s check out PCMark 8.

In FutureMarks PCMark 8, we can see the Storage test overall score was 5032, though I was not able to compare being that the Sapphire Pulse RX550 I am currently reviewing has not yet been entered into FutureMarks database.  Still though, we can break the score down.

The storage bandwidth was 359.62MB/s, it in itself of meaning less, unless we have something to compare it to, and we will in a bit.

I will get back with the comparison between this drive and the WD Blue shortly, but I will leave you with these scores for now.

Next up is another important test, Bootime. For this, we use BootRacer which tests how long it takes from start to finish booting into Windows, then how long it takes to reach a stable and idle desktop in Windows. 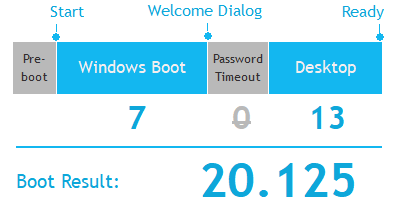 That is impressive, 7 seconds to get to windows and then in Windows 13 seconds to reach an idle state.  The idle state is also important to note, depends on the number of programs you have launching when windows start, for this test I only had “Radeon Settings” that gets installed when you install AMD drivers.

In total, it took 20.125 seconds to boot from the BIOS into a fully loaded Windows, that’s very nice.  Notice, there is no password timeout.  If you want to test this way to compare, click the Start button in Windows 10 and enter the following

And when in the “User Accounts” window, uncheck the box that reads “Users must enter a user name and password to use this computer.”.  When you uncheck it, Windows will prompt you to enter your current password to disable this.  Then click Apply and OK and you are off to the races. 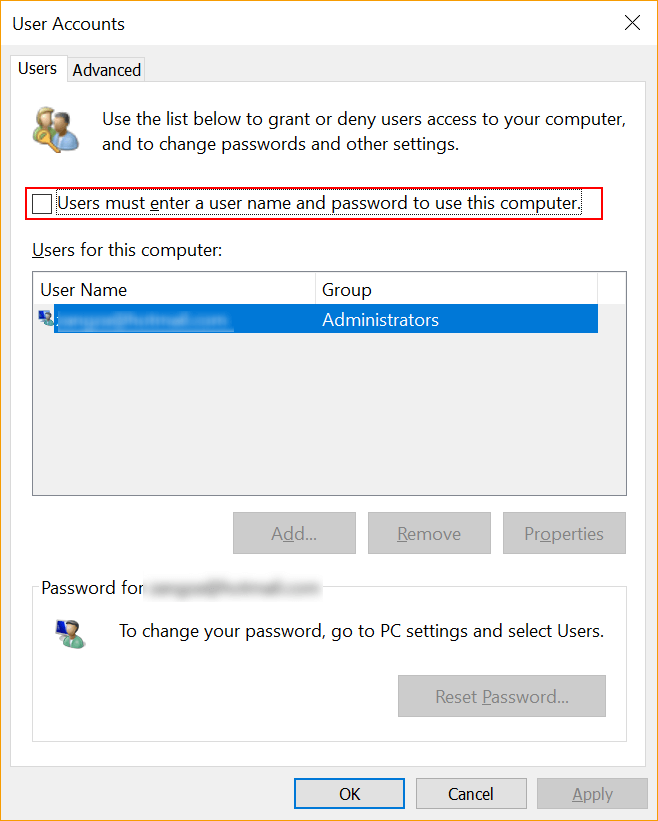 Ok, now the fun and more meaningful part, the comparison.  On this next page, we will compare the 500 Gig WD Blue drive to the WD Black 512GB PCIe NVMe drive.  If you do check out the previous review for the WD Blue, you will notice the scores are different from what I posted here, but only slightly.  Check out the review here: CLICK ME

The review for the WD Blue was performed on a different chipset previously, so I had to redo all of the tests on this chipset.

Continue on to: Drive Comparison