Now to the fun part, overclocking and benchmarking.  Here are the tools I use for testing to make sure the overclocks are solid.

The other test for stability of all the overclocks here is that this is my main machine, the machine I use daily.  Each overclock had days of testing playing gaming, editing videos that you see in this review and tons of other uses, so these are each solid.

As you know, the XMP speed is 3200Mhz, so of course I tested at that speed but I overclocked the memory to 3400Mhz and 3500Mhz as well.  I tried to get to 3600Mhz but this one would take a lot more work and since I spent so much time with the other speeds, I would have to skip it for now.  The times I tried to reach those speeds the system would not P.O.S.T, but I am sure if I had spent more time, I could have hit it or further.

Before I get in the settings, let me show you my system specs.

Ok, so let me show you the overclocks and its settings, thankfully most were easy, but I did have to play with voltages a little. 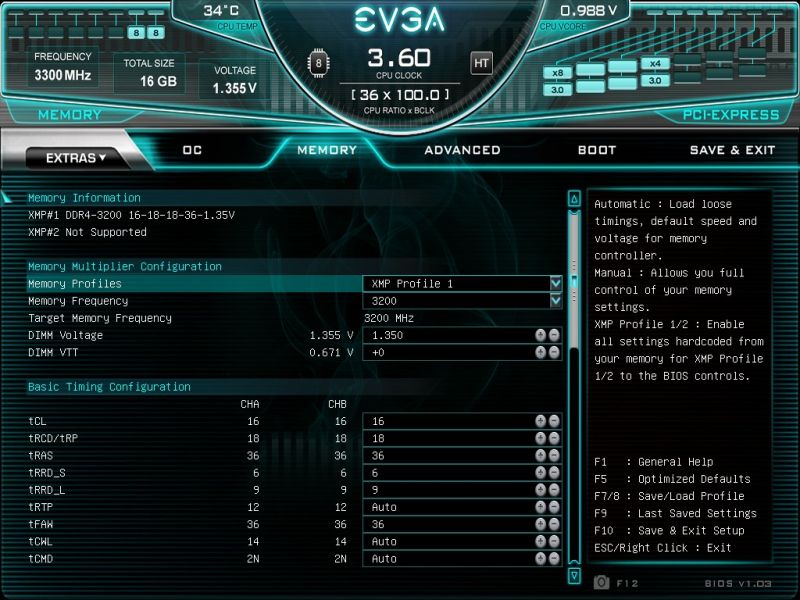 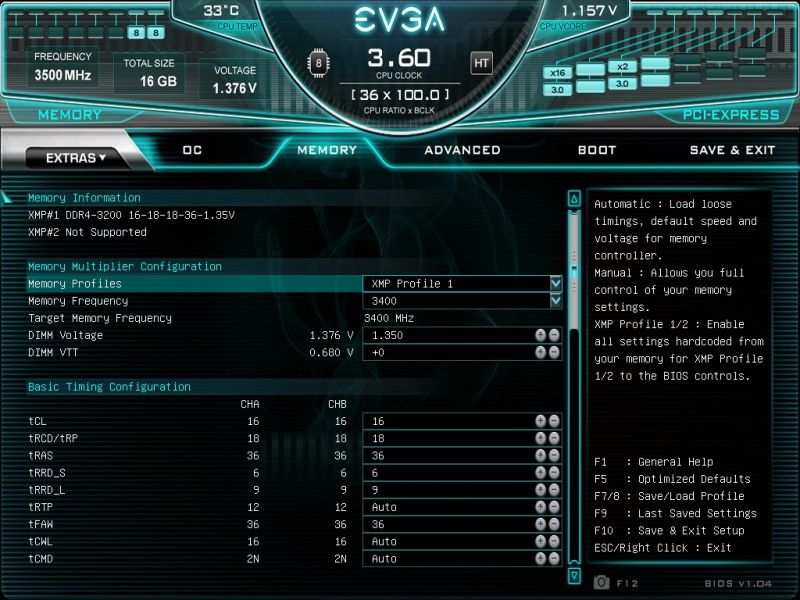 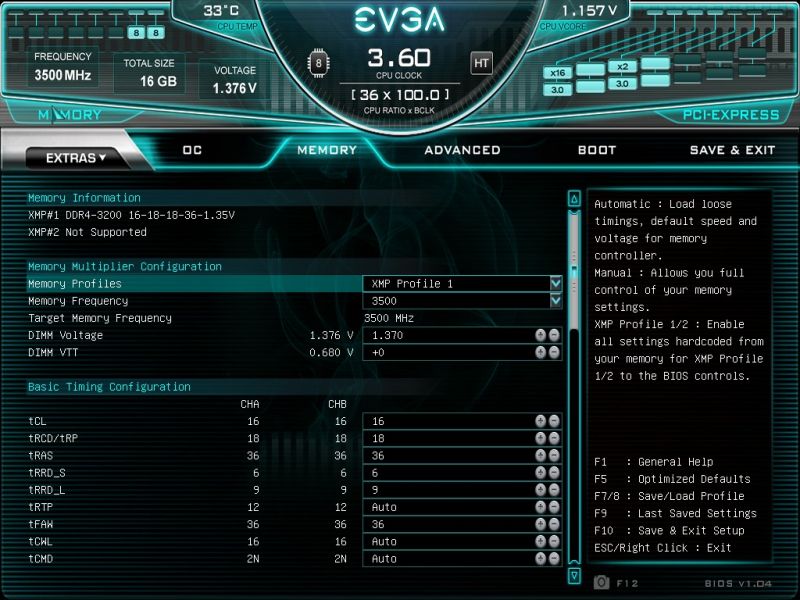 Thankfully there was not a lot of fumbling to do here, but lots of testing in between.  On the 3500Mhz, it last about a day or 2 with no issues but on the 3rd day, it froze so I had to bump it up to 1.370V and redo all of my testing and usage.  Let’s get started with the benchmarking. 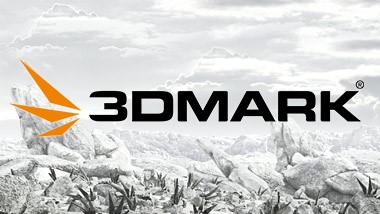 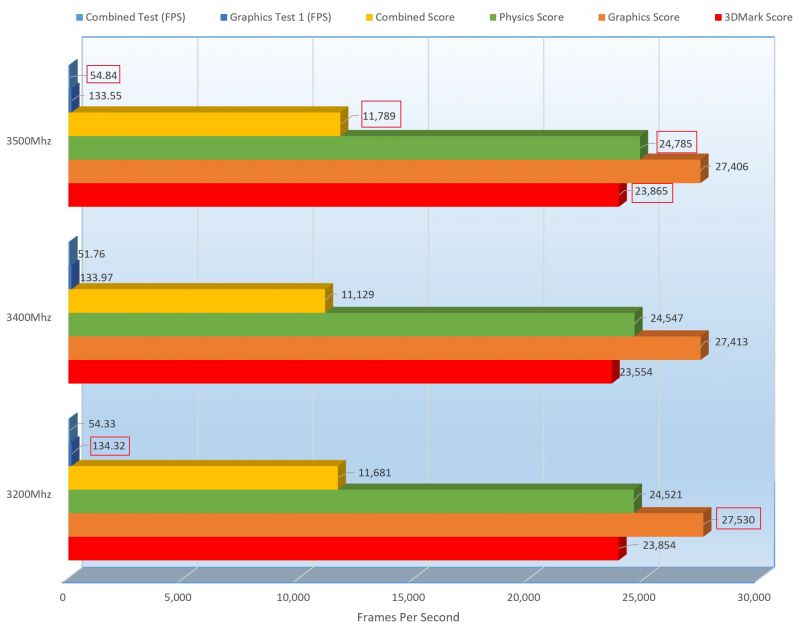 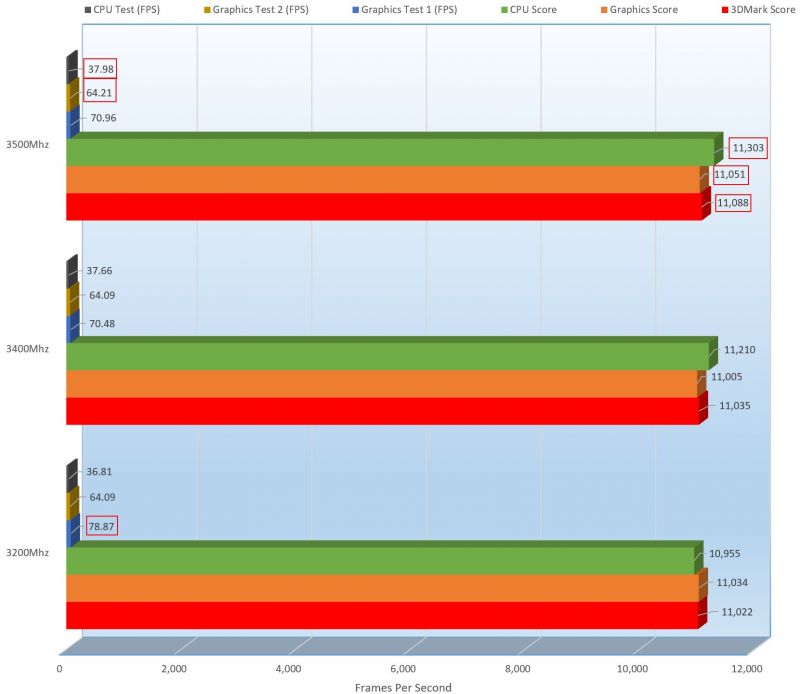 While 3500Mhz did dominate many of the benchmarks, we can see that the base XMP did have a lot of pull, coming above in quite a few.  3400Mhz did not fair as well and actually came in below many of the 3200Mhz as well.  Graphics though will not take too much advantage of a bump in memory speeds though it wont hurt.  7Zip being more processor and memory intensive will benefit from this, so let’s check it out. 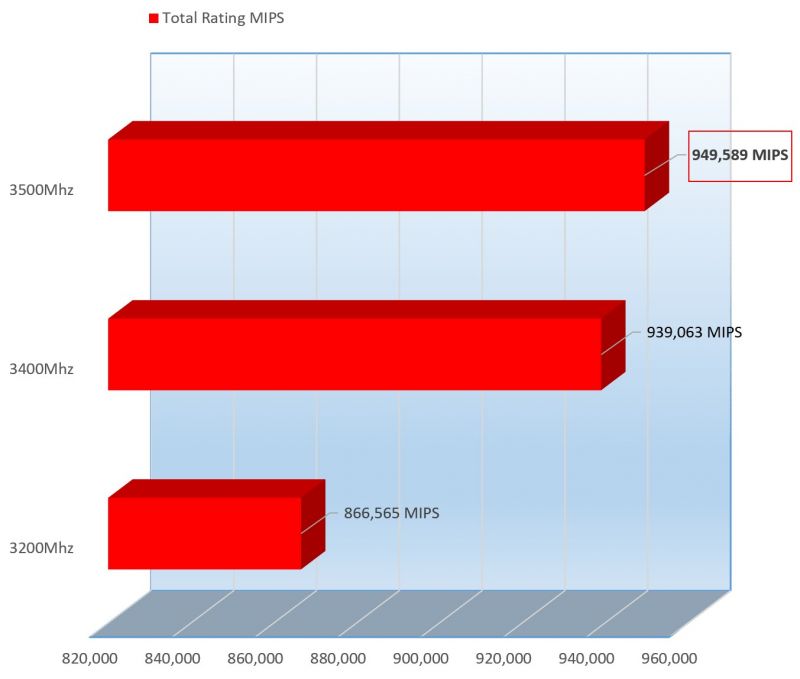 While 3DMark focused more graphical performance, 7Zip, a compression program focuses on CPU calculations for Decompression but mainly on RAM latency for Compression.  7Zip shows that it favored 3500Mhz which of course it not a surprise.  3500Mhz performed 1.11% faster than 3400Mhz and 50.67% faster than its base XMP frequency of 3200Mhz.

We know 7Zip to be a great compression program, though not regularly known to be a benchmark, so let see what AIDA64 says about the performance, a better-known benchmarking software suite. 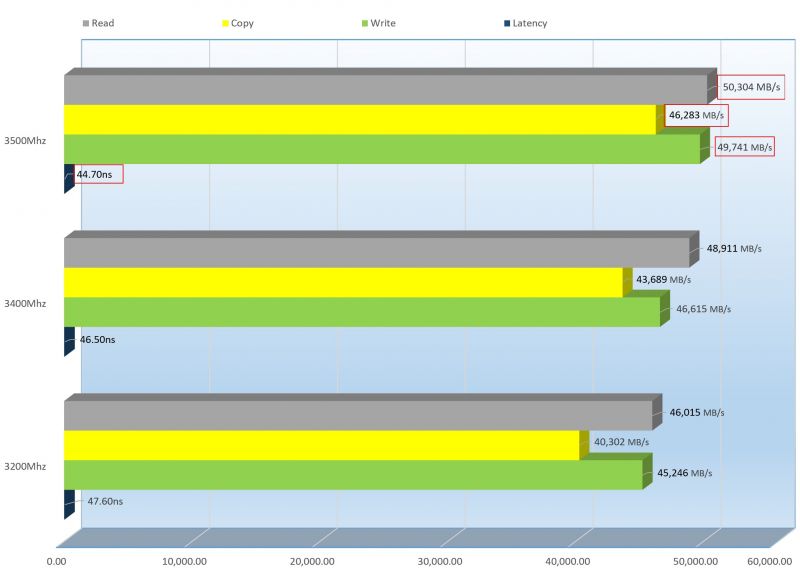 With AIDA64 complete, another well-known suite for overall system benchmarking also allowing you to focus on specific part of the system is SiSoft Sandra.  Let’s see what Sandra says. 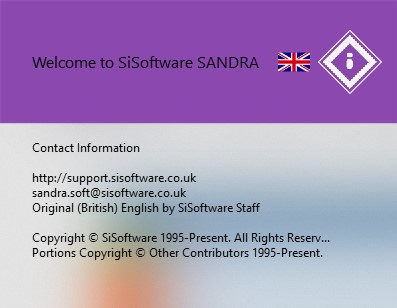 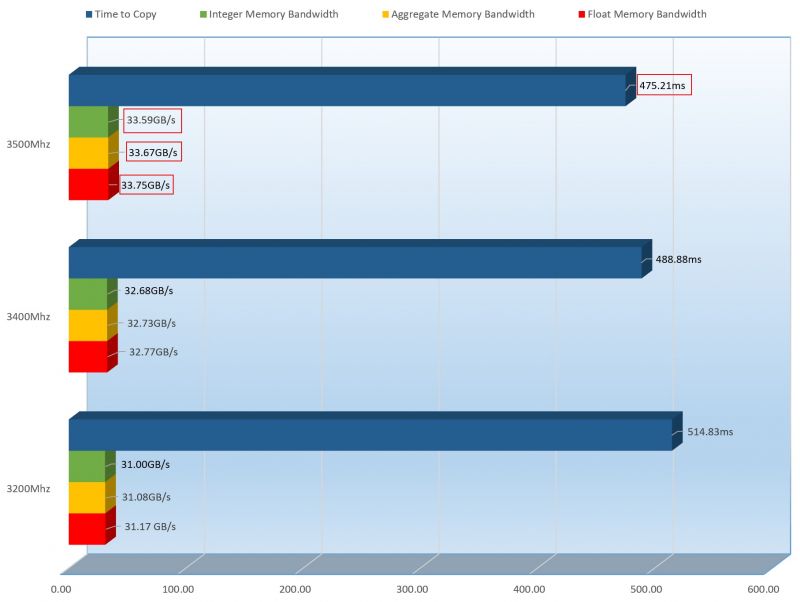 OK, now that we are done with the benchmarking and testing, its for my Final Thoughts and Conclusion.