TriXX has been around for some time, Sapphires overclocking, lighting and fan curve application and it has gone through some changes, today is no different. 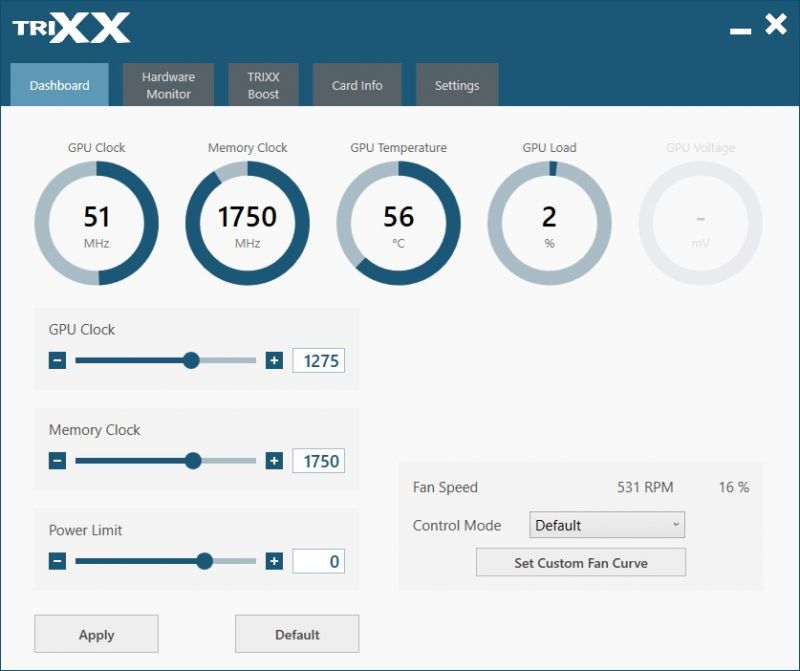 Please note, Sapphire provided me with a developmental copy of the new TriXX.  This helps to give us an idea of the new interface, and Sapphire has asked that we put our focus on the newest feature, TriXX boost.  We will, and I think you will like it.

Being that I have only had a few days to play with this card, literally 2 and a half days, I was not able to play too much with the overclocking or Fan Speed section, but I wanted to bring it to your attention.  I like it much better than before, these sliders and +/- let you 100% adjust to where you want to quickly, instead of fumbling around with the slider. 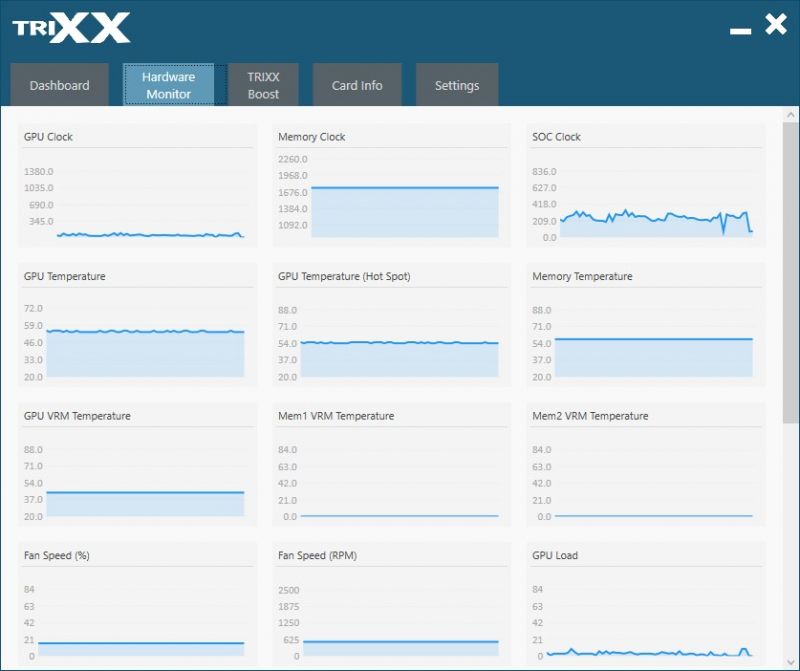 The “Hardware Monitor” tab, while it might look different, it is the same as it was before. 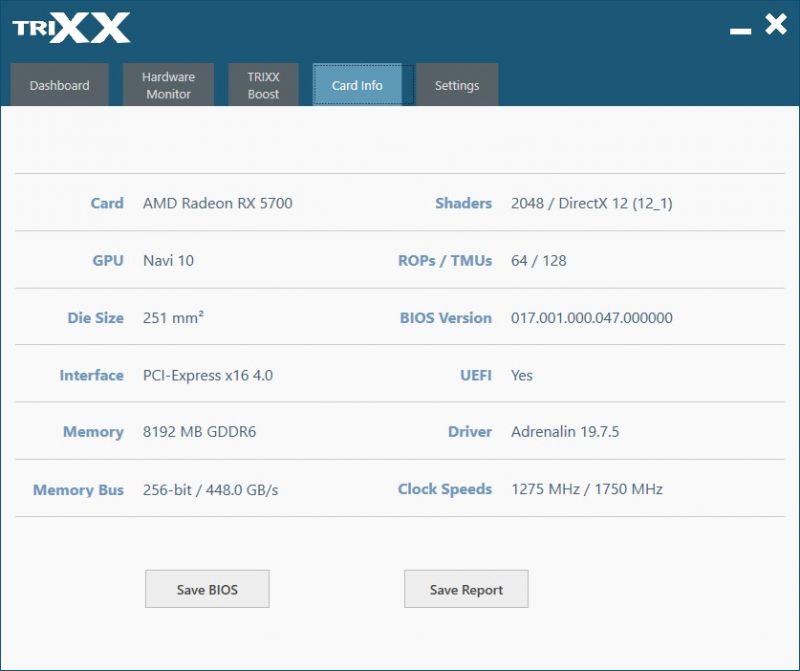 Skipping over “TRIXX Boost” just for right now, we find ourselves on the “Card Info” section.  This literally gives us information on the card and actually allows us to extract the BIOS/Firmware that is on the video card.  This also let’s you know the BIOS and driver versions. 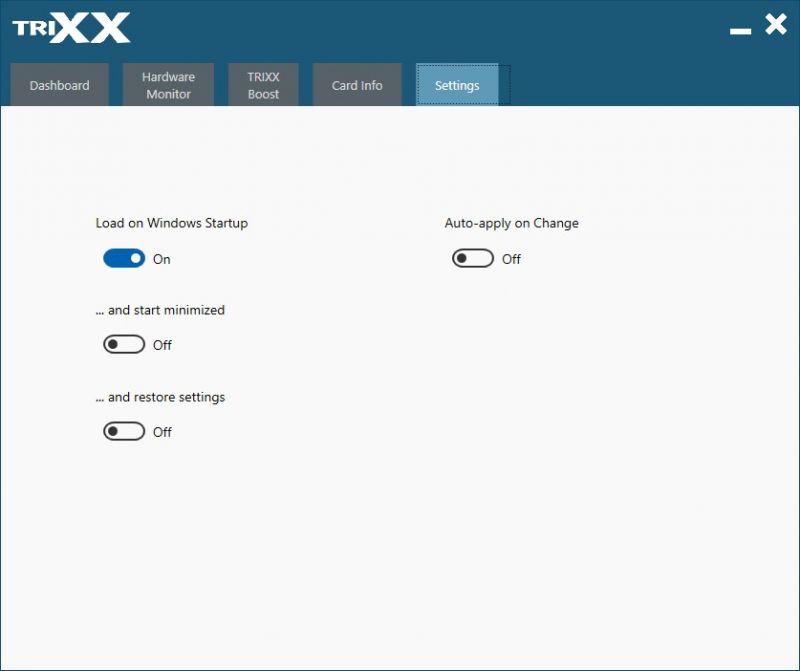 The Settings tab allows us to change basic settings on the app. By default the “Load on windows Startup” is unchecked, I clicked it towards on. 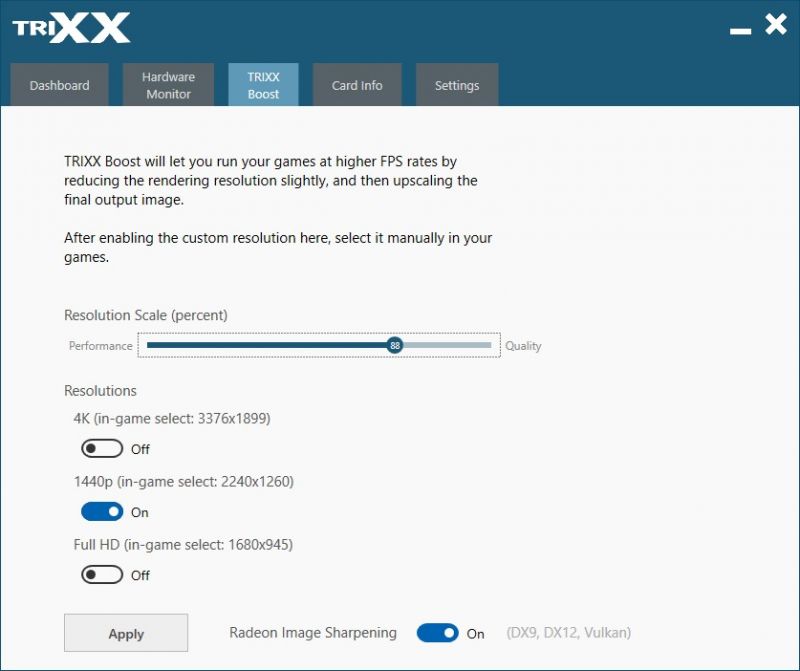 TRIXX Boost is pretty awesome.  Boost allows you to do something that as far as I know has never been done before by a graphics card manufacturer, or maybe by no one through an application.

TRIXX Boost allows you to for example (as you can see here) set your 1440p an in between resolution, while keeping all your eye candy on.  Not only that, there is basically no image quality loss, and when I say basically, you would have to pause the game and spend a minute or so to find a difference, and still you may not.

To do this in windows, but you would have to set a custom resolution, set your monitor to that resolution and then set it in game, a bit of a hassle and you risk messing up your monitor.  Here, with the “Resolution Scale (percent)” slider, you can slide your way to ultimate performance.  You have to make sure for DX9, DX12 and Vulkan API games, to enable “Radeon Image Sharpening” to keep that picture looking beautiful.  All this with no hit to performance, only an increase in performance.

Make sure that while you are sliding, you don’t go to low.  While it will performance so much better, at a certain point, you might as well just lower the resolution.

Of course, I tested the games originally without this enabled, but let’s compare to how the game performed with this enabled. 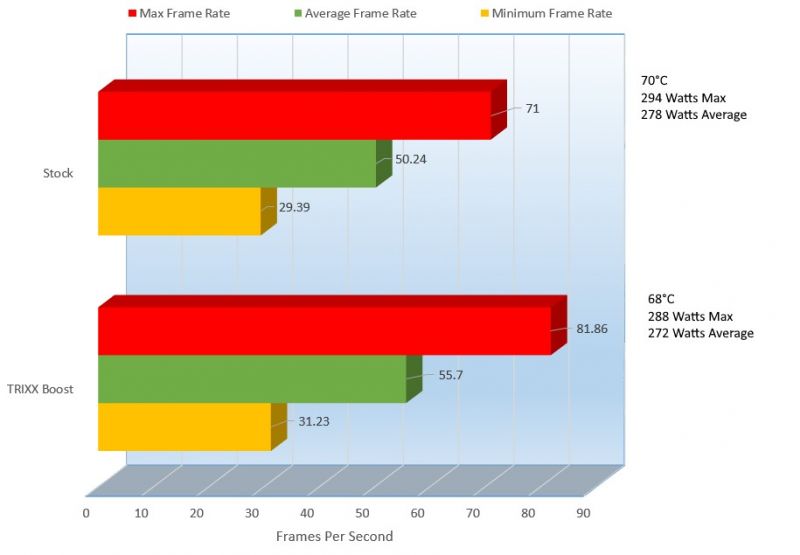 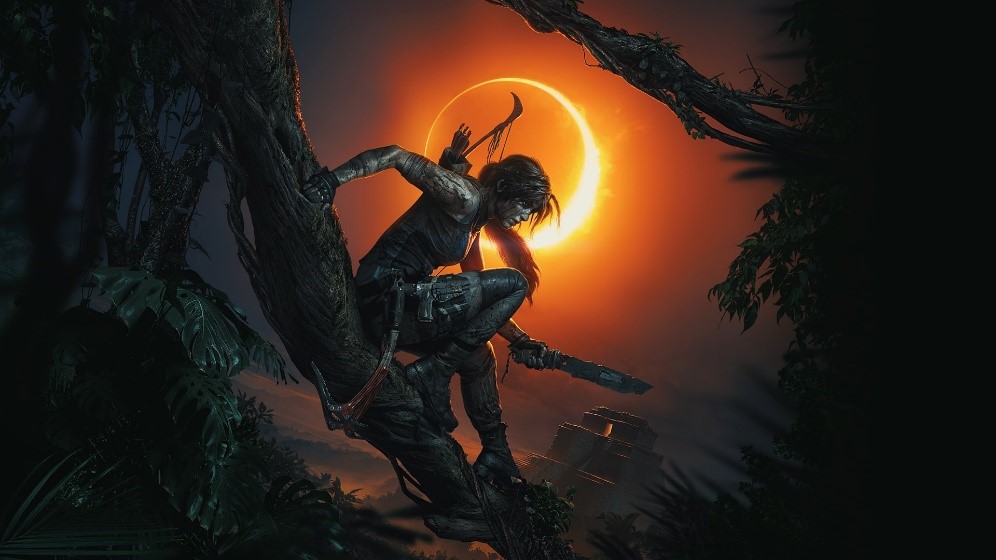 Now since Shadow of the Tomb Raider was very playable at 2K, I decided to try it out on 4K.  This time, we can see the there was a 22.78% improvement in performance, from 35FPS to 44FPS.  It does not sound like a lot, but that’s 23% without having to overclock or lower the real resolution or disable eye candy, everything here is still on Ultra.  The slider here was also at 88, but now the 4K resolution was clicked instead of 1440p. 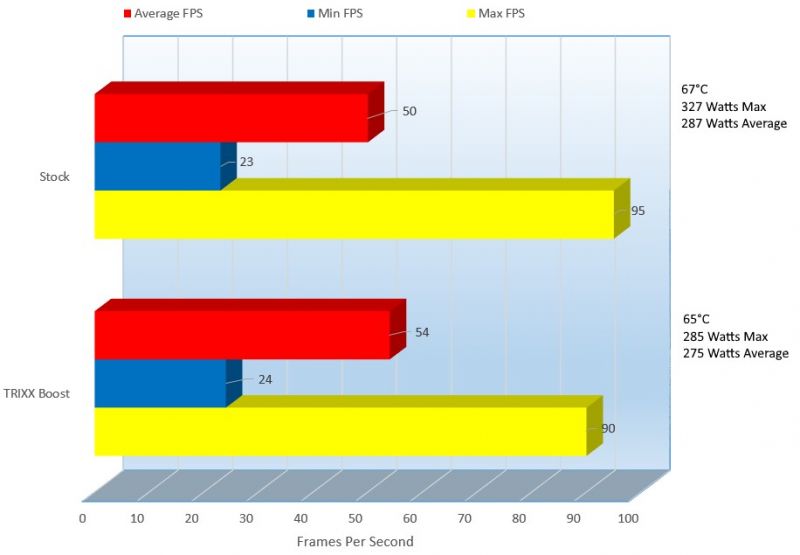 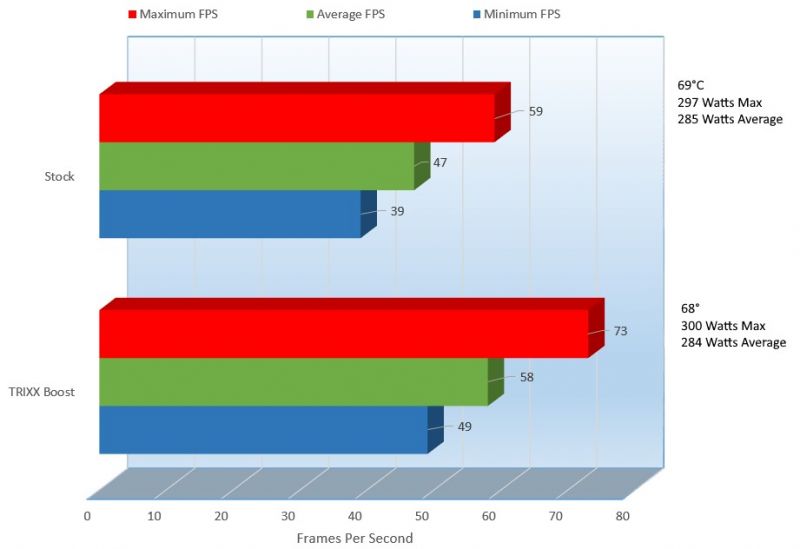 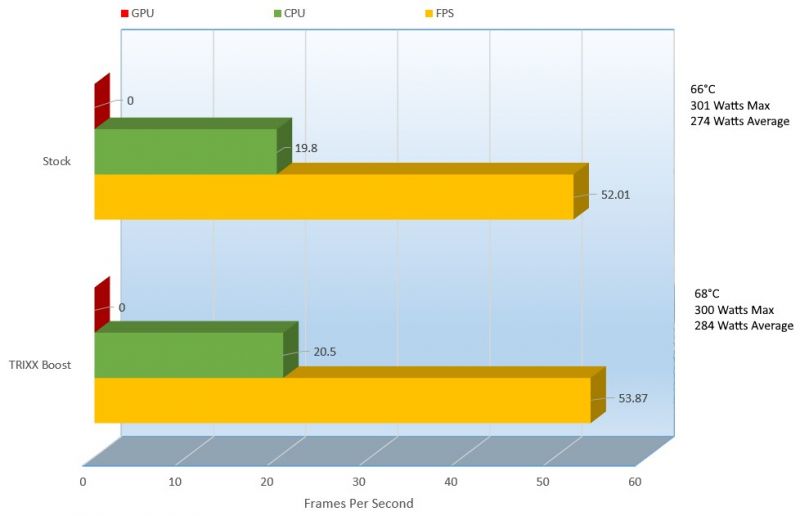 So let’s check out some Gameplay and Final Thoughts.

Continue on to: Gameplay and Final Thoughts